Egypt – the ancient land full of myths and fables which is slowly creeping back onto travellers bucket lists. We have uncovered some of Egypt’s lesser known sites that you simply must see on your travels. It is likely that you may have many of these sites to yourself!

Medinet Habu is the Arabic name for the Mortuary Temple of Ramses III, a huge complex second only to Karnak in size and better preserved. Medinet Habu is among the least visited of the major sights at Luxor.

The ancient village of Deir el-Medina, known as the tomb workers village, is situated in a small valley on the west bank of Luxor in Upper Egypt in a desert area, just south of Thebes in a valley behind Gurnet Murai hill. The remaining foundations of this village have been well preserved, and it has been concluded that the village was in use for about 500 years during the period of the New Kingdom (18th to 20th Dynasties).  Deir el-Medina was first thought to be started by the pharaoh Amenhotep I and his mother, Ahmose-Nefertari. They established the village in order to have sufficient housing for the tomb workers that gave their labour to the Valley of the Kings. This was its only purpose.

Dendera is located about 60 kilometres north of Luxor on the west bank of the Nile River opposite the provincial modern town of Qena.

Ancient Egyptian Iunet or Tantere, known to the Greeks as Tentyris, was the capital of the 6th nome of Upper Egypt and a town of some importance. Today, we know it as Dendera, though the population of the town has, since antiquity, moved to Qena across the Nile on the east bank. Now, the ancient temple lies isolated on the desert edge. Along with the temple itself, there is also a necropolis that includes tombs of the Early Dynastic Period, but the most important phase that has been identified was the end of the Old Kingdom and the 1st Intermediate Period. The provinces were virtually autonomous at that time and, although Dendera was not a leading political force in Upper Egypt, its notables built a number of mastabas of some size, though only one has any decoration apart from stelae and false doors. On the west end of the site are brick-vaulted catacombs of Late Period animal burials, primarily birds and dogs, while cow burials have been found at various points in the necropolis. Of course, this was a significant site for the Hathor cult, whose forms included a cow.

Abydos was the epicentre for the pharaoh’s cult worship of Osiris and became the most important burial centre in ancient Egypt. Here, Seti I raised a glorious temple dedicated to Osiris and a pantheon of other gods that remains a beautiful and unique central point to this necropolis. For travellers interested in the artistry of the Pharaonic period, the Temple of Seti I’s colourful wall and ceiling paintings and sculpted column work are a highlight of any Nile temple itinerary and shouldn’t be missed.

Located on the West Bank of Aswan. The Zabbaleen (meaning literally “garbage collectors”) village at the base of the Mokattam cliffs began around 1969 when the Cairo governor decided to move all of the garbage collectors to a single settlement. The garbage collectors were largely Coptic Christians and as their numbers continued to grow over the years the need for a centralised church began to grow. In 1975, the first Christian church was built in the village but after a large fire broke out nearby, work began on a monastery that was built right into the cliffside.

The Monastery of Saint Simon was the result of this new project. Simon the Tanner was a craftsman saint who lived during the 10th century and the cave church that was dedicated to him seems as though it might last for 10 more. Using a pre-existing cave and the slope that led into it, the current monastery seats 20,000 people around a central pulpit. Other nearby caves have also been built into separate church spaces and all of them have been linked to create a massive Christian complex in the heart of garbage city.

Wadi Natroun is known for its Coptic monasteries where thousands of Christians escaped from Roman persecution in the 4th century. Of the 60 or so original compounds in the valley, only four remain. These monastery buildings are impressive, as they were fortified after Arab raids in 817. The area was also important to the ancient Egyptians because the valley’s salt lakes dry up in the summer and leave natron, a substance crucial to the mummification process.

Looking for the ultimate Egypt experience? Be sure to check out our Egypt Rediscovered small group tour. 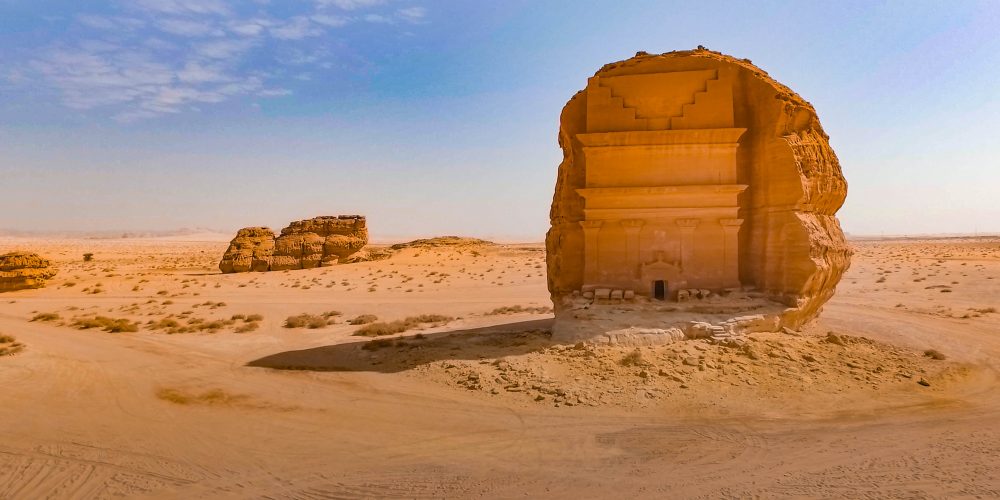