Why Tibet Is A Once In A Lifetime Trip

Tibet is home to the mighty Himalayas and the land of blue skies, red robes and the divine Shangri-La; Tibet is all that and more. This paradise, known as the “Roof of the World”, is the highest place on the planet, with an average elevation of 4,900 meters. To experience mountain peaks covered in ice, meditations with monks and monasteries carved into hillsides has long been a dream destination for many outsiders. If you are seeking authentic adventure then Tibet has proven to be a destination that will tick that box. Tibet is without a doubt a destination like no other and truly one of a kind. Tibet is a land of high mountains and huge lakes, all of which have some religious or holy significance in Tibetan religion and culture. The most sacred is the Great Three Holy Lakes of Tibet being Lake Manasarovar, Yamdrok Lake, and Lake Namtso. These three lakes are part of the mainstays of Tibetan Buddhist devotion and intense pilgrimage locations. A favourite for the Crooked Compass team is Yamdrok Lake and our pick if you only have time to visit one. Yamdrok Lake or Yamdrok Tso is also known as the Scorpion Lake for its unique shape and covers a staggering 230 square miles and lies at nearly 15,000 feet above sea level. Rife with aquatic life, dotted with islets, and surrounded by fields of wildflowers, Yamdrok Lake is not only naturally stunning but an important place of pilgrimage; its waters are believed to hold powers of rejuvenation and longevity. After a Dalai Lama passes away, the senior monks are responsible to find the boy in whom the reincarnated soul of the Dalai Lama has gone to abide. They come to Yamdrok Lake to chant and pray, and throw hada (a piece of silk used as a blessing object) and other holy articles into the lake to get the reflection of the specific location of the Dalai Lama’s soul.

At one time there were over 6,000 monasteries in Tibet. However, nearly all of these were ransacked and destroyed by Red Guards during the Cultural Revolution. Most of the major monasteries have been at least partially re-established, while many others remain in ruins. One of our favourites is Samye Monastery which is laid out on the shape of a giant mandala, with the main temple representing the legendary Mount Meru in the centre. Other buildings stand at the corners and cardinal points of the main temple, representing continents and other features of tantric Buddhist cosmology. The main temple is full of Tibetan religious art in mural and statue forms, as well as some important relics. Many Tibetan Buddhists come on pilgrimage to Samye, some taking weeks to make the journey. 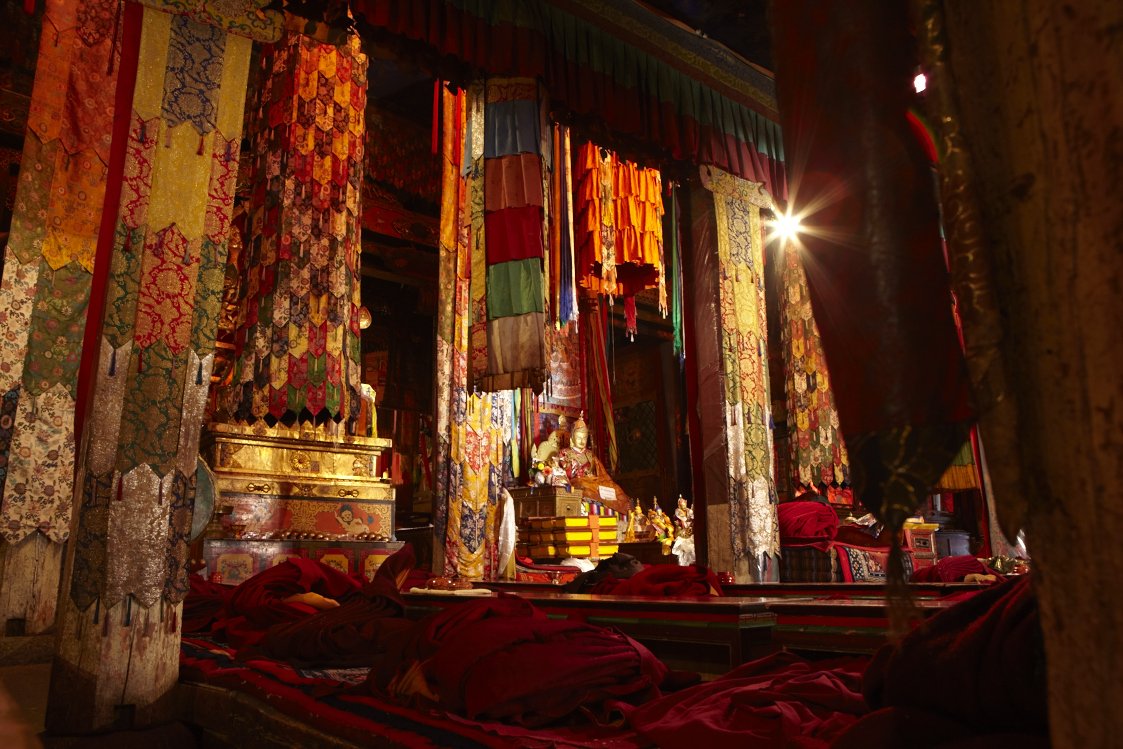 One of the most unique experiences in Tibet is a visit to Drak Yangzom & Dzong Kumbum. The cave complex of Drak Yangdzom has long been a favourite among the traveller because there’s just nothing else like it in Tibet. Getting into the caves involves climbing a wood and yak hide ladder high up into the mouth of a cliff and then hauling yourself up a narrow, slippery shute into a sacred cave complex before a nun finally drags you by the feet through a tiny opening in the rock wall into the inner sanctum, the sacred cave of a Himalayan saint. It’s the craziest excursion in Tibet. On the other side of the valley is Dzong Kumbum, a less narrow but much longer cave complex of several branches. Our Tours By Design team can organise for you to join a group of Tibetan pilgrims for a tour of the sacred marks, stalactites and pools. The City of Sunlight – Lhasa

Lhasa is rightly one of the most featured and dreamt-about cities in the world. This is not only because of its remoteness, its high altitude at 3,650 metres means limited accessibility, but also because of its impressive heritage of over a thousand years of cultural and spiritual history that has helped to create the romantic and mysterious Tibetan religion. 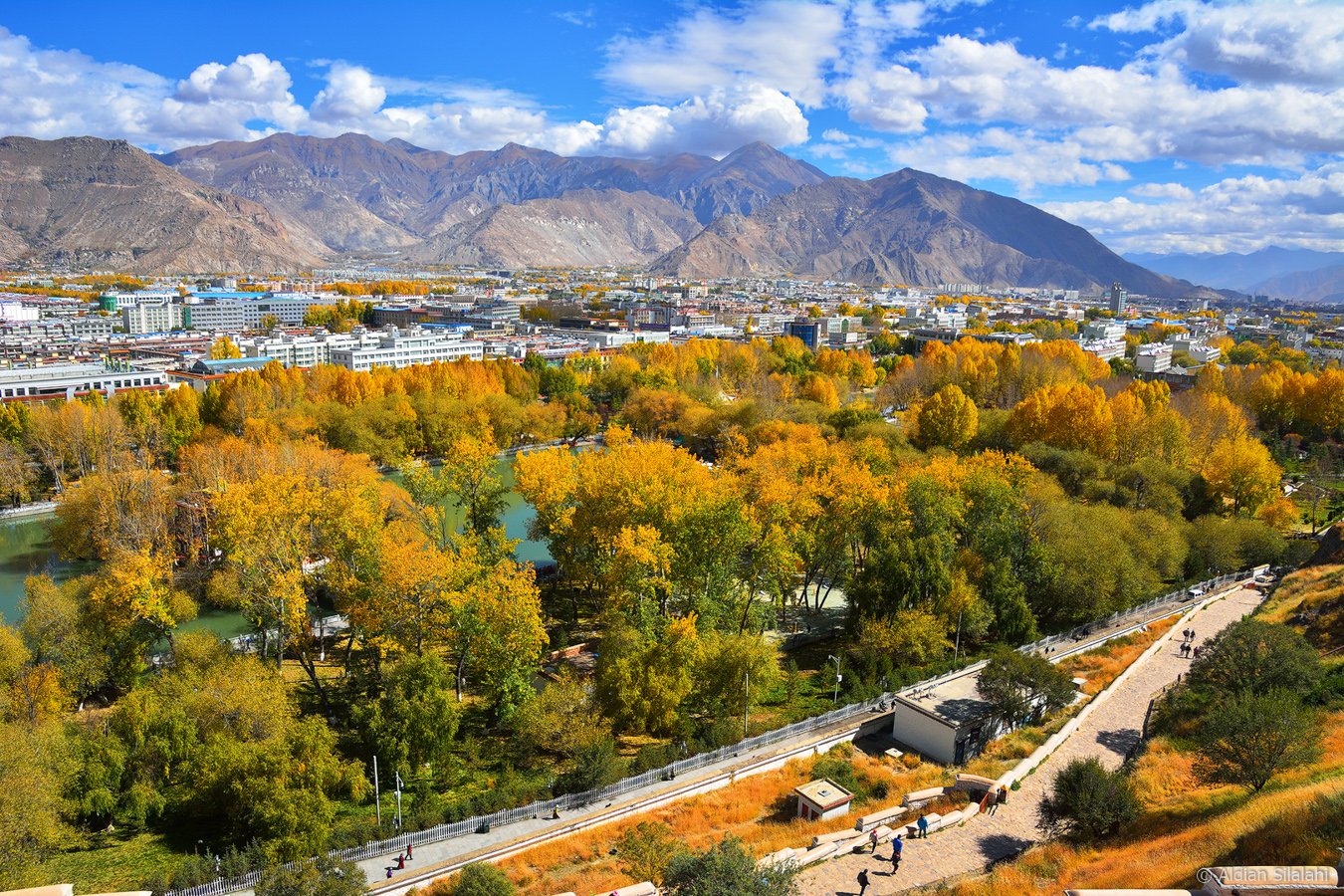 Differing from the inland cities and other places in Tibet, Lhasa is unique with an allure all of its own. In the Tibetan language, Lhasa means the Holy Land or the Buddha Land. It is the centre of Tibet’s politics, economy and culture. The splendour and grandeur of the Potala Palace in Lhasa remains a world-famous symbol of the enigmatic power of politics and religion in this region. Tibet is without a doubt a destination like no other and truly one of a kind. If you would like to make this experience yours then contact us today. Check out our range of small group tours in Tibet here.