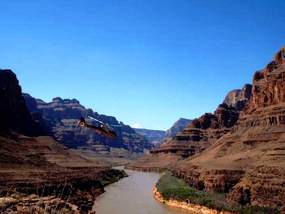 Helicopter through the Grand Canyon

A day trip from the City of Sin to the infamous Grand Canyon is high on many people’s bucket lists when visiting the rocky and dry state of Nevada. A far cry from the bright lights and shenanigans of Las Vegas, the Grand Canyon is a long, long, long drive. I would suggest taking a helicopter if the budget can make the stretch.

With several stops along the way to break up the 5 hour one way journey to the South Rim and keep the circulation flowing, we made a brief photo stop at the almighty Hoover Dam where water levels were at an all-time low, a pit stop at Kingman before continuing along Route 66 and then enjoyed a ranch style lunch at the town of William, home to the Grand Canyon train. We still had not even reached the Grand Canyon and it was already lunch time hence why a helicopter would potentially  be a much better option!

As we entered the National Park, our first viewing point of the Grand Canyon was at Bright Angel Lodge on the South Rim. It was freezing and to be honest I was somewhat disappointed. The sky was grey, miserable and threatening to open up any minute, the clouds were low and the canyon looked cold and uninviting but it was huge.  And huge is an understatement. The wind whipped my hair across my face, the force so strong, my eyes were watering. This was not what I expected. Time to move onto the next viewing point where perhaps it might be a little more sheltered!

The colours of the cliffs were amazing and as we moved around to Mathers Point, this is where the Grand Canyon started to become more spectacular. The gorges and crevices were so deep you could barely see the bottom. This site was truly mind boggling. Flecks of the turquoise Colorado River could be seen with the rapids flowing urgently below. Those brave enough to go white water rafting on a chilly winters day like this were just specks at the bottom of the ravine. The canyon extending as far as the eye could see. 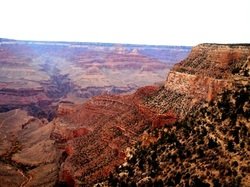 Colours of the Grand Canyon

Vivid browns, reds and oranges curled into each other and contrasted perfectly against the charcoal sky. Each direction you looked, the scenery offered a different view and experience with every glance.

A large deer with twisted antlers causally strolled by, not at all phased by the whirs and flashes of cameras and squeals of excited children. Two mule deer lay under the shelter of nearby bushes snuggled together for warmth and two wild boars trotted past scavenging for food. Ravens and eagles circled majestically above us preparing to swoop on unexpecting prey.  Mathers Point was the Grand Canyon I expected to see.

Whoop, whoop, whoop, whoop. A helicopter hovered overhead. I glanced up, slightly jealous of the small group of people in their flying capsule. Warm and cosy, not battling with crowds and can you imagine the view from a chopper? A bird’s eye view of the canyon would be truly spectacular. Not to mention then landing 4000 feet deep inside the canyon and enjoying a glass of champagne while looking up to the rim as well as having the option to cruise along the Colorado River. Next time I’ll be saving a little more money to be able to have this experience! Back on the bus for me as we return to Las Vegas and second 5 hour drive while those in luxury above, zipped back to the bright lights of Vegas in just over an hour. 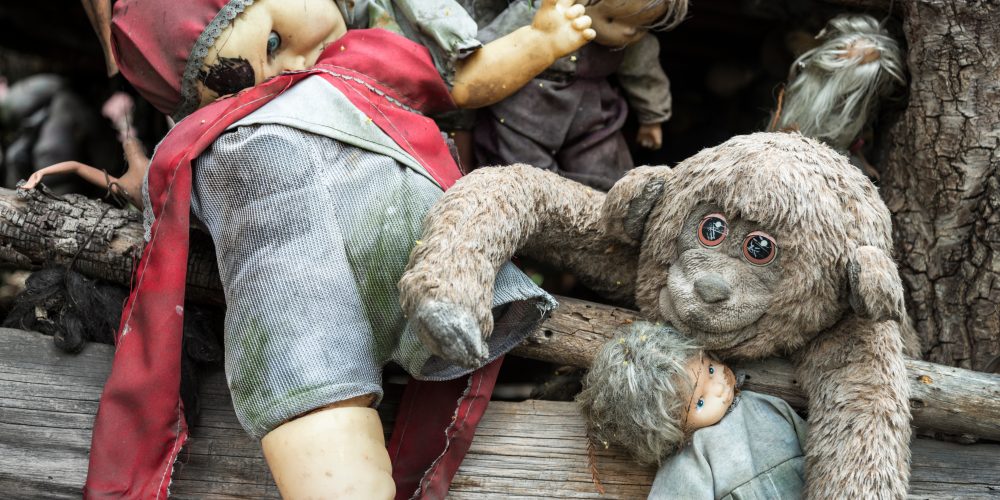 What in the Weird? 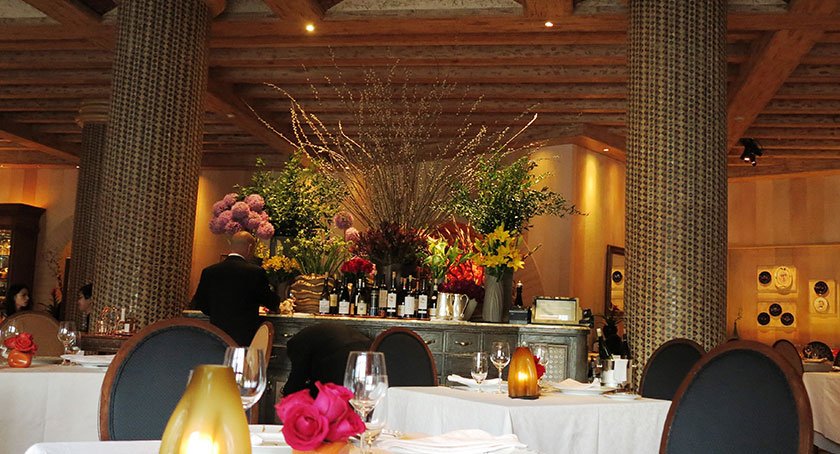 Picasso – The True Artistry of Cuisine 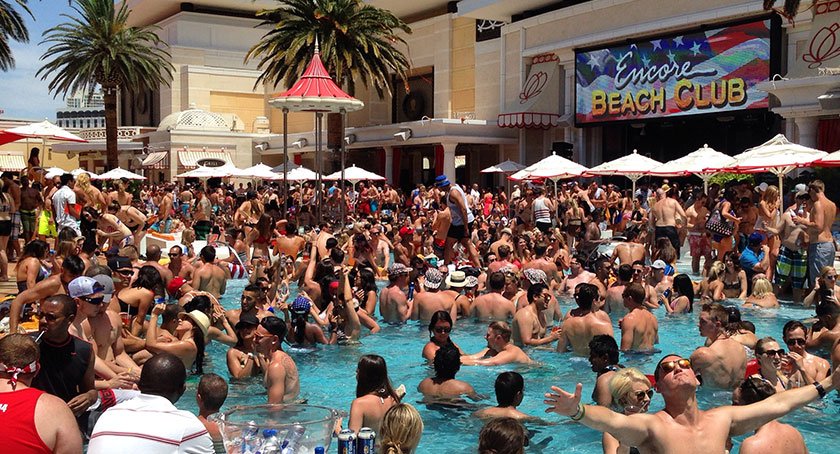 Do you consider yourself quite the party go-er? Always looking for that thumping and happening venue before it…