Last night was terribly rough. It was our turn to dine with the captain and all four of his guests were extremely sea sick. None of us could eat, let alone hold a riveting conversation and one by one, we all excused ourselves to go and curl up in a corner as the ship was thrown around like a bobbing cork.

We awoke in the harbour of Santa Cruz where we boarded a bus and headed into the highlands. The further we climbed, the more the scenery began to change. From a coastal fringe with aqua waters to lush greenery – almost tropical jungle like. We wound our way through all seven vegetation zones found in the Galapagos. 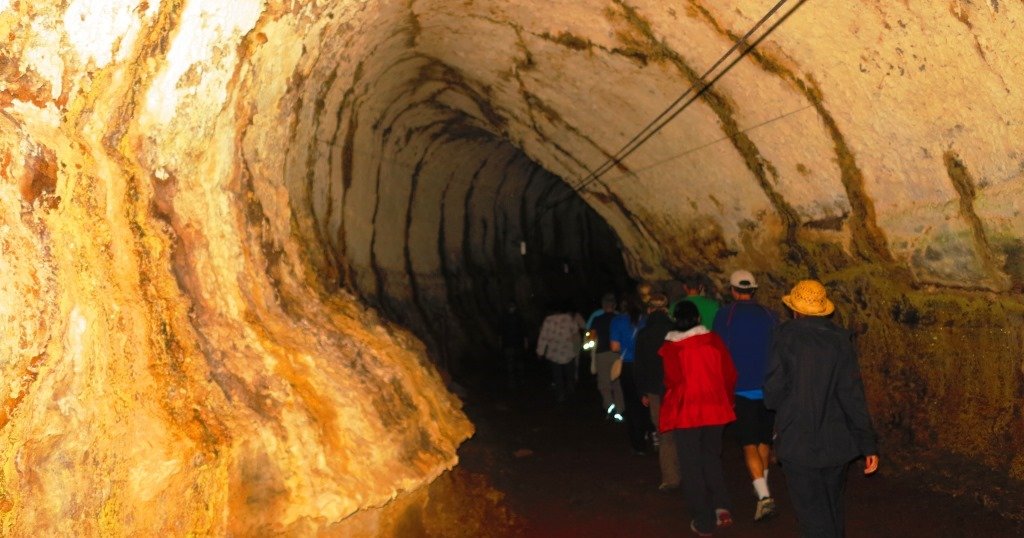 Our first stop was at ‘the tunnels’, the largest lava tubes found in Galapagos. The lights inside the tubes/caves were out so we could not see too much, but it was interesting to learn that lava has passed through these tunnels over 200,000 years ago causing this unique formation. 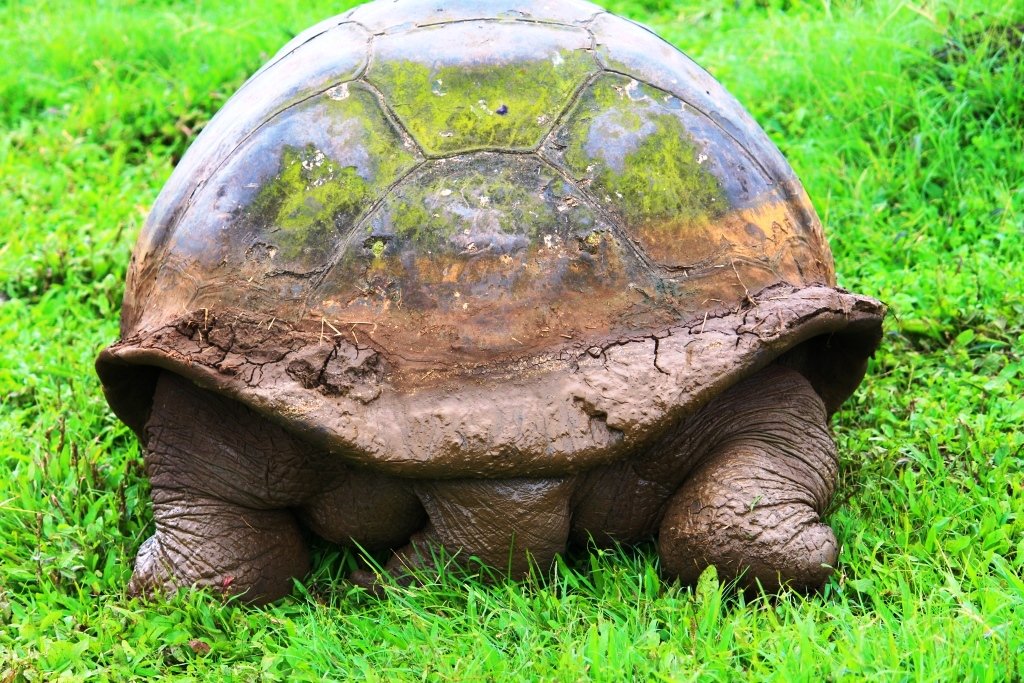 As we continued driving, giant tortoises punctuated our route. They were in the fields next to the road, on the side of the road and some even on the road. It was not what I expected at all, but very cool just to see these massive tortoises free range in the highlands. There are around 2000 wild tortoises on Santa Cruz.

Our next stop was ‘Las Primicias’ one of the private tortoise farms in the highlands where we encountered giant tortoises in their natural habitat. This farm was sprinkled with tortoises as we walked through the long grasses sticking to our legs in the wet and passed tortoises wallowing in mud pits or taking a dip in ponds. Some of them were absolutely massive, others still quite small.< 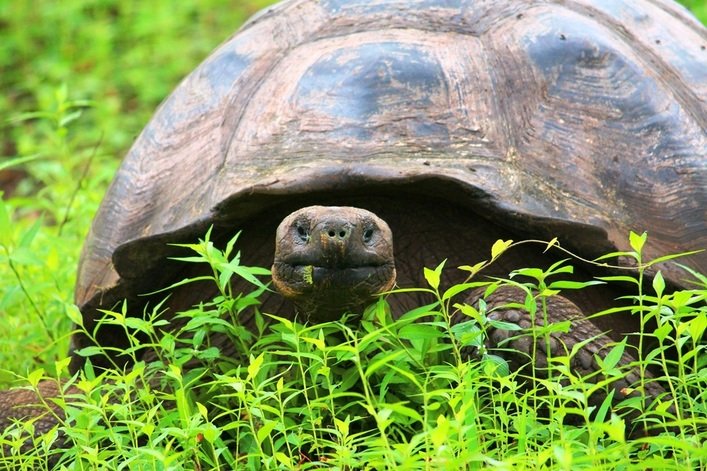 Do I have something on my face?

We made our way to Los Gemelos, Spanish for ‘The Twins’, a pair of large sink hole type craters caused from volcanic collapses. This was just a quick photo stop. 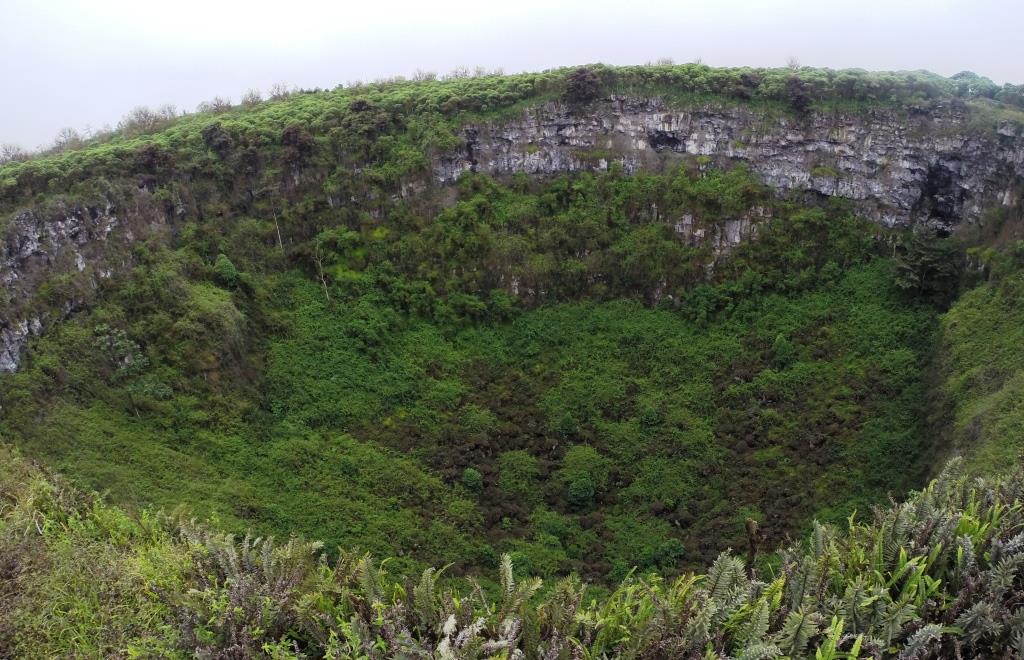 Following a brief siesta back on board, we returned to shore to visit the Charles Darwin Research Centre aka Centro de Crianza Fausto Llerena. We visited the tortoise enclosures of the baby tortoises that were a year old. They all had numbers painted on the back of them which we had hoped were for racing them after them after dark, but no, they were to identify which island they had come from.

Baby tortoises. Are they numbered for research or for racing?

We walked along, each corral, for different aged tortoises and from different islands. All of them kept separately. We viewed the enclosure previously the home to the Lonesome George, or Solitario Jorge, who passed away in June 2012, his enclosure now home to two females from Floreana Island.

The brightly coloured land iguanas were next on our walk. In the process of shedding their skin, these large reptiles were also kept separately in individual pens to keep them from fighting.

We saw Super Diego, another celebrity tortoise who is obsessed with mating. Apparently all he does is mate, mate, mate even when it is not breeding season, hence his name. 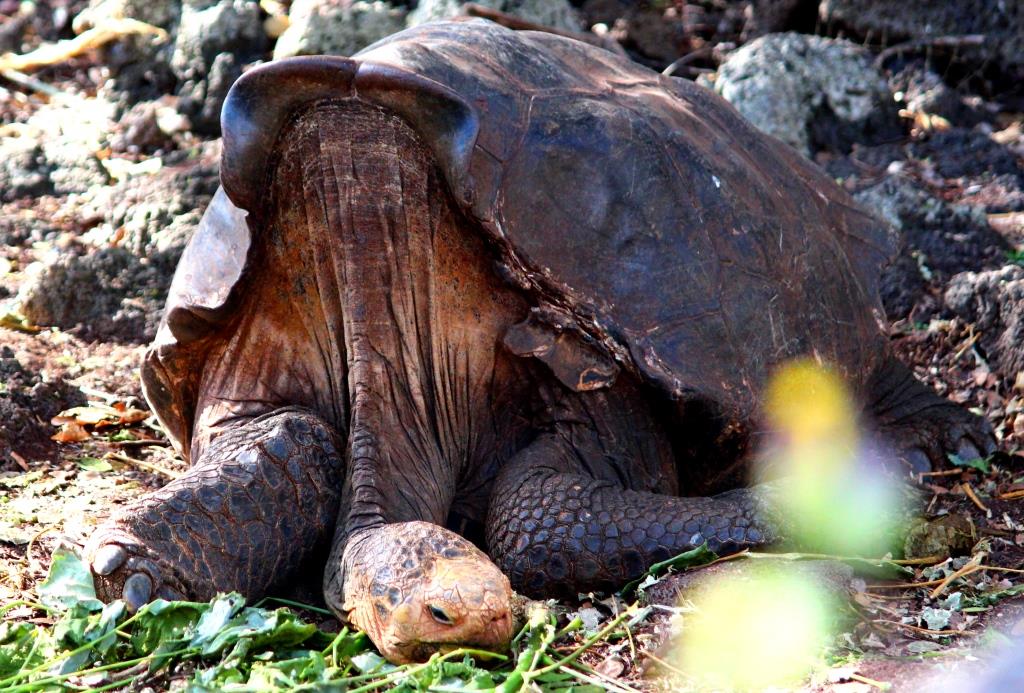 The reminder of the afternoon and early evening was spent in town exploring the many souvenir and dive shops, followed by a few sundowner cocktails and dinner. The town itself had a bit of a buzz to it. Santa Cruz, home to 24,000 people, was certainly busy. A school Christmas concert captured the attention of many in the main square which was actually a giant collection of basketball courts all purposely built next to each other. 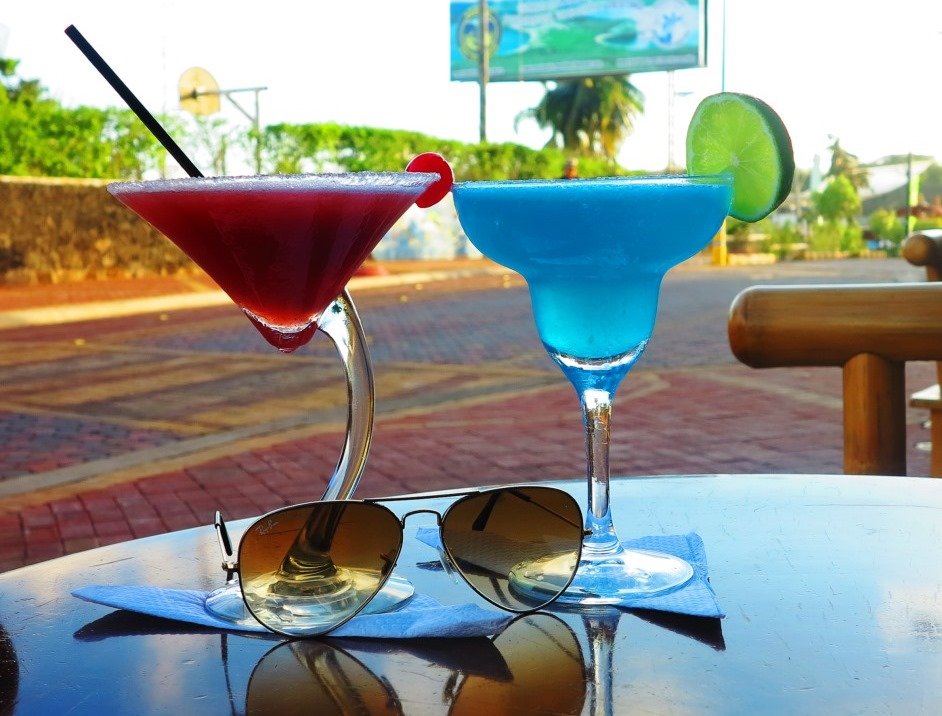 Before heading back to the ship, we walked down the jetty towards where our panga was to meet us only to find a sea lion blocking the way. Some nearby children were tormenting another sea lion that was a fair distance away from them down a ramp on a separate jetty but not to teased, the sea lion put his running boots on and clambered his way up the ramp as quickly as he could on land only to frighten the children and send them running and screaming to their parents. That will teach them. 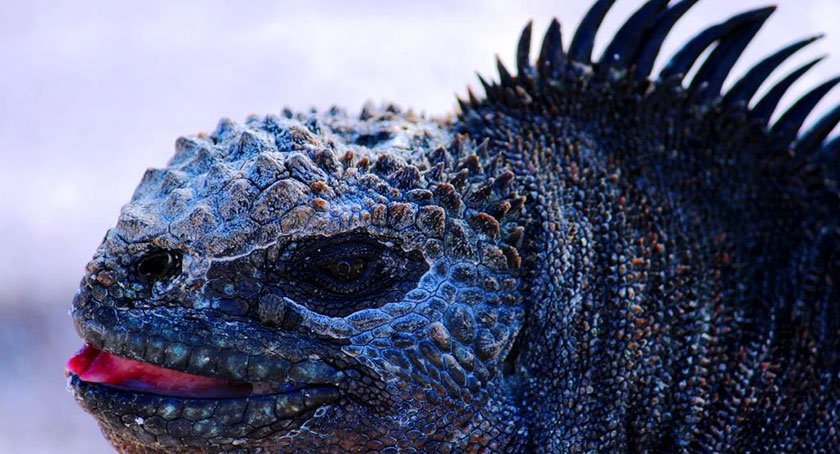