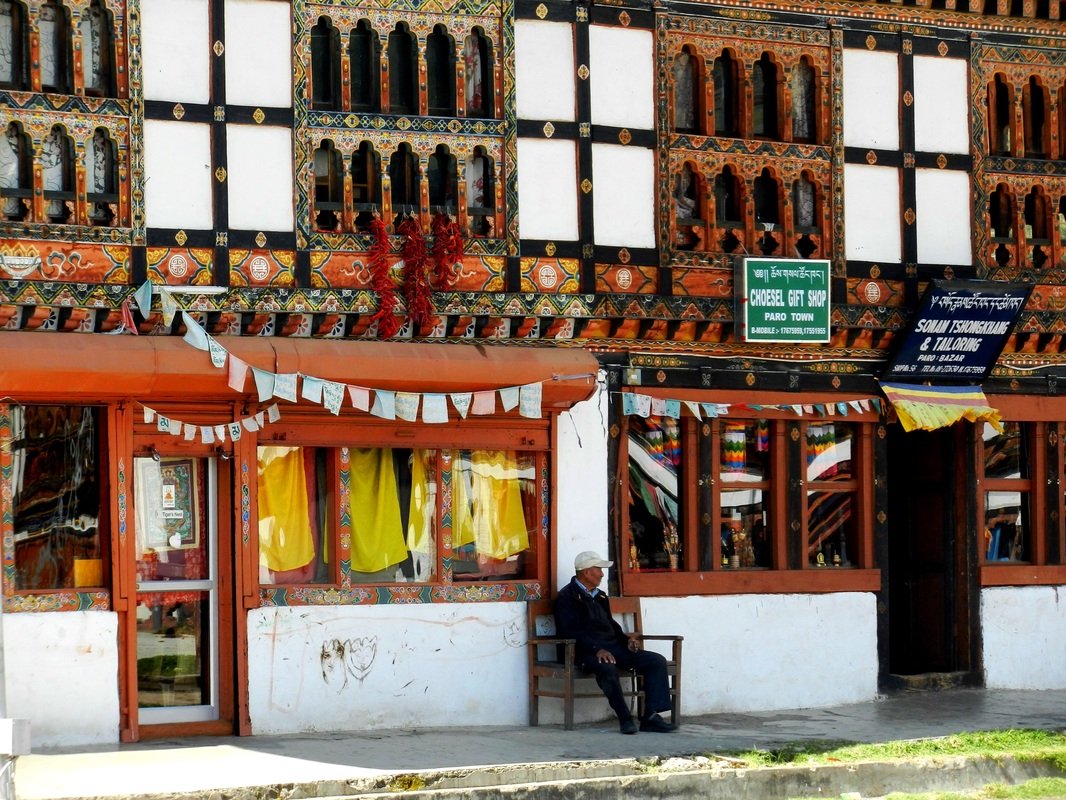 Gazing out the plane window as we begin to descend – jaw dropping. Unparalleled beauty and pristine scenery are just the start of this picture-perfect country. Dramatic snow-capped mountains piercing through the blanketing clouds are truly breathtaking. Almost as if on cue, the soft fold of clouds part ways. The cabin crew switch on gentle floating pan flute music as we weaved and glide through the lush rolling valleys littered with dzongs, stupas, wooden houses and staggered rice paddies.

On the ground, winding, hair raising narrow roads cling desperately to cliff edges as they zig zag through the tranquil countryside. The mighty Himalayas beam down proudly. Elders chew on red beetle nut, the creak of spinning prayer wheels and the frenzied flap of colourful prayer flags flit in the breeze whilst chillies dry hanging from window sills; this creates the atmosphere for what is sure to be an unforgettable journey. 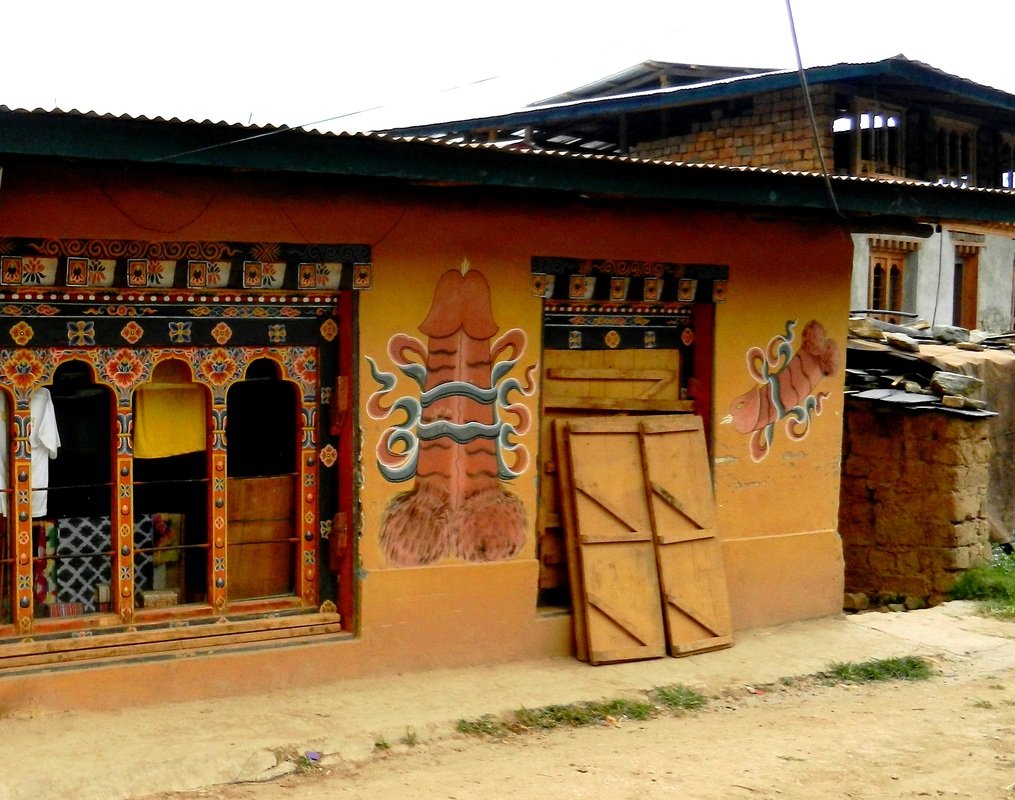 Did someone say Penis?

Bhutan, the Land of the Thunder Dragon, nestled deep between India, Tibet and Nepal, is completely landlocked by the world’s tallest peaks. It is no ordinary place. A mysterious kingdom where buying cigarettes is illegal, where the rice is red and where chillies aren’t just a seasoning but the entire dish.

It’s also a deeply Buddhist land, with a culture so rich that men wear a tunic to work, where giant protective penises are painted on the walls of most houses and where Gross National Happiness is deemed more important than Gross National Product. It is a country of surprises. This is not just a nation of saintly, other-worldly hermits. Bhutan is straddling the ancient and modern world and these days you’ll find monks transcribing ancient Buddhist texts into computers as traditionally-dressed noblemen chat on their mobile phones.

Hidden from the world until recently, Bhutan allows you the chance to be immersed in an entrancing culture, so rich, so untouched, so raw. It needs to be seen to be believed.

Terraced by lush rice paddies, pine forests and dotted with sparkling lakes teeming with trout. Buildings handmade from those pine trees are hand-painted so intricately, colourful satin wind socks flap while locals practice their national sport, archery, in parks overlooked by ancient Dzongs and donkeys graze on the sidewalks.
Wander through rice paddies mingling with local villagers. Play darts with monk children and learn of their monastic life. Explore Tibetan like monasteries, mostly now used as administration houses, but quite often with chickens, cats and other monks still living within the grounds. 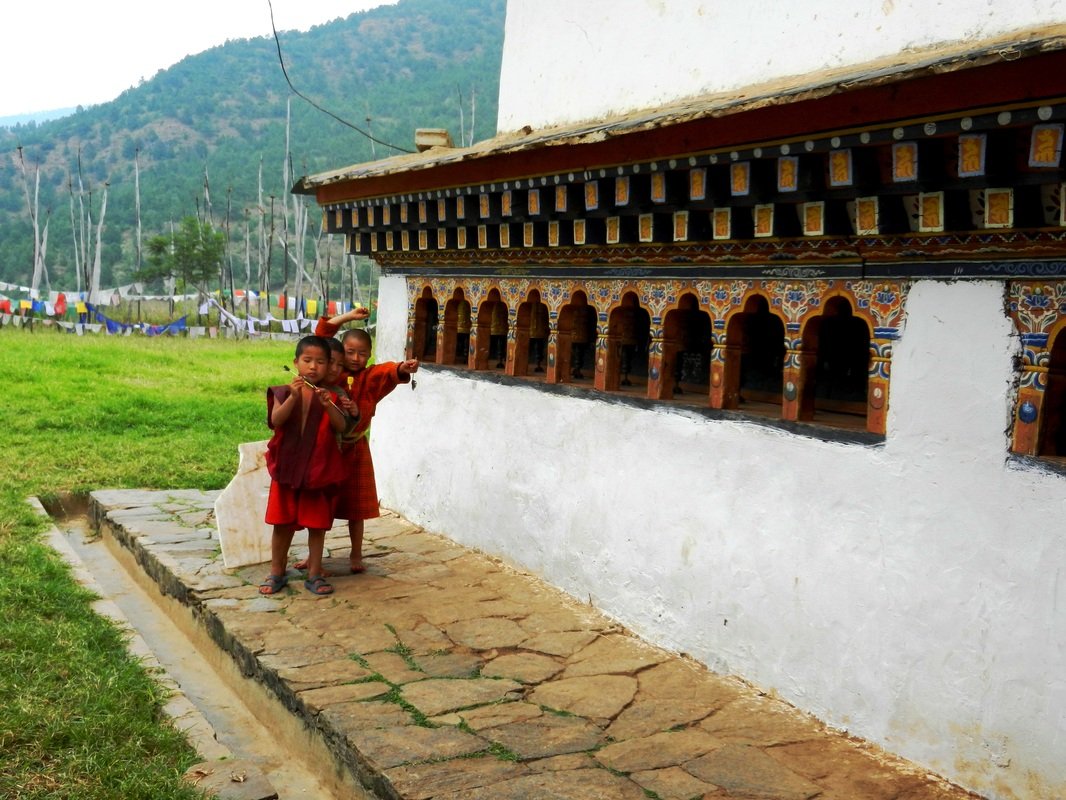 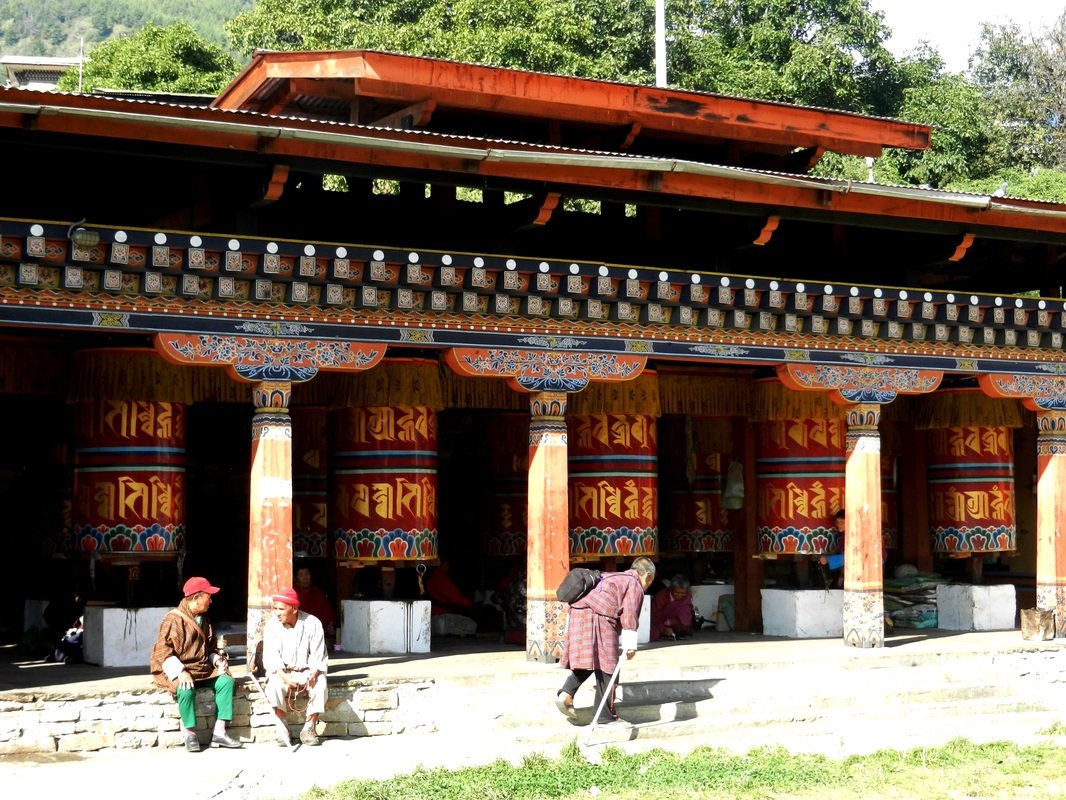 Bhutan being a tiny landlocked country in the Himalayas, is becoming more popular for its treks. The most popular being the famed Taktsang Monastry hike, also known as the Tiger’s Nest. After the intensive hike, once you finish those last 800 stairs, be blessed by the monk who lives in the tigers nest with this ginger cat. You will learn of the nation’s fascinating fabled mythology taking your experience in this surreal country to another level. 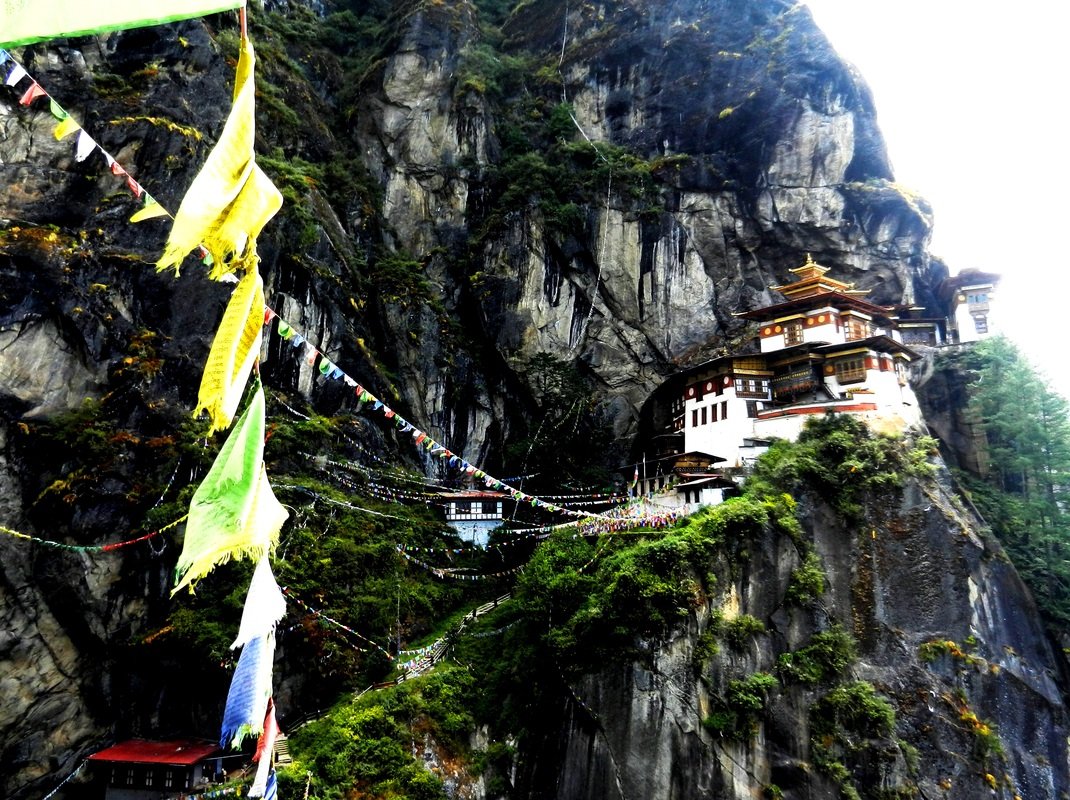 The Tigers Nest. Photos do not do it justice.

Uncover hidden nunneries run by bald nuns and come face to face with the Takin – the animal believed to be half cow half goat.

With a nation that is so untouched, and the doors to this unique country only open to a small number of tourists each year, now is definitely the time to visit whilst tourist numbers are still low and culture, tradition and mythical beliefs are still so deeply etched within the people. What is stopping you from visiting one of the most untouched kingdoms in the world? This really could be the last Shangri La. 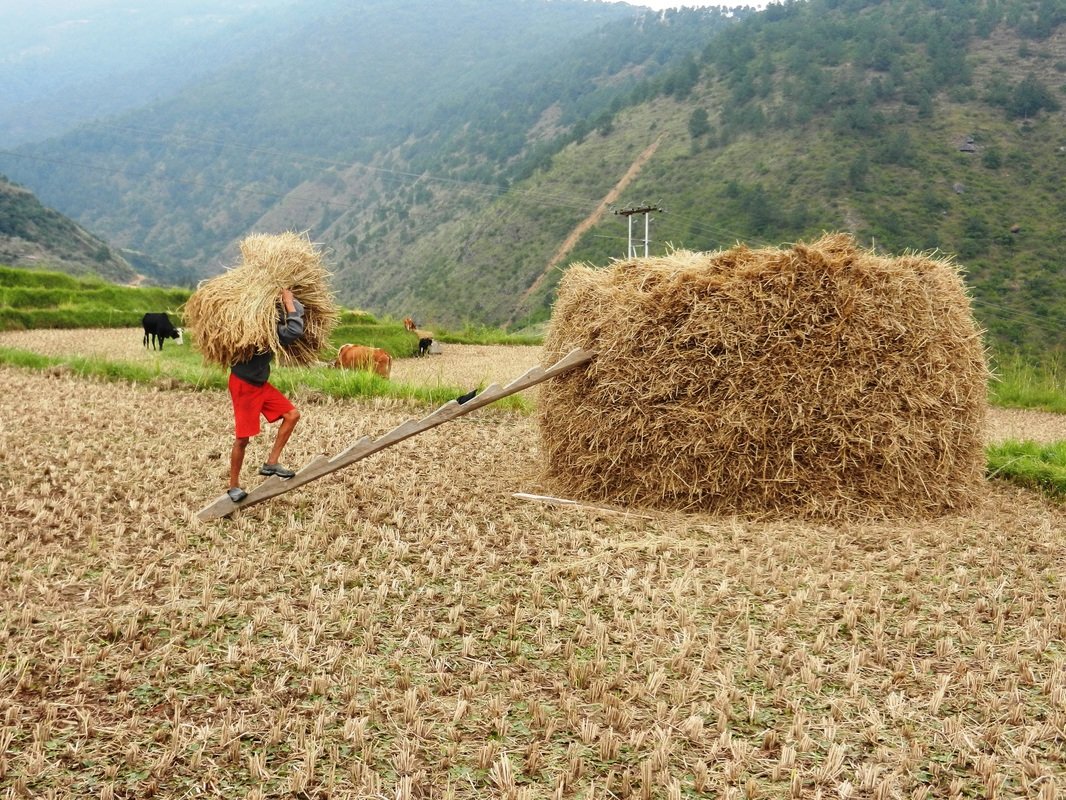 Locals hard at work in the fields.