Bhutan, a Buddhist kingdom on the Himalayas’ eastern edge, known for its monasteries, fortresses (or dzongs) and dramatic landscapes that range from subtropical plains to steep mountains and valleys. Until recently, the tiny Asian kingdom of Bhutan remained tucked away in total isolation from the rest of the world. That segregation helped to preserve its deep Buddhist traditions, the importance of family and pristine landscapes. One of 43 landlocked countries in the world, the word “Bhutan” translates to “Land of the Thunder Dragon” and earned the name because of the fierce storms that often roll in from the Himalayas. 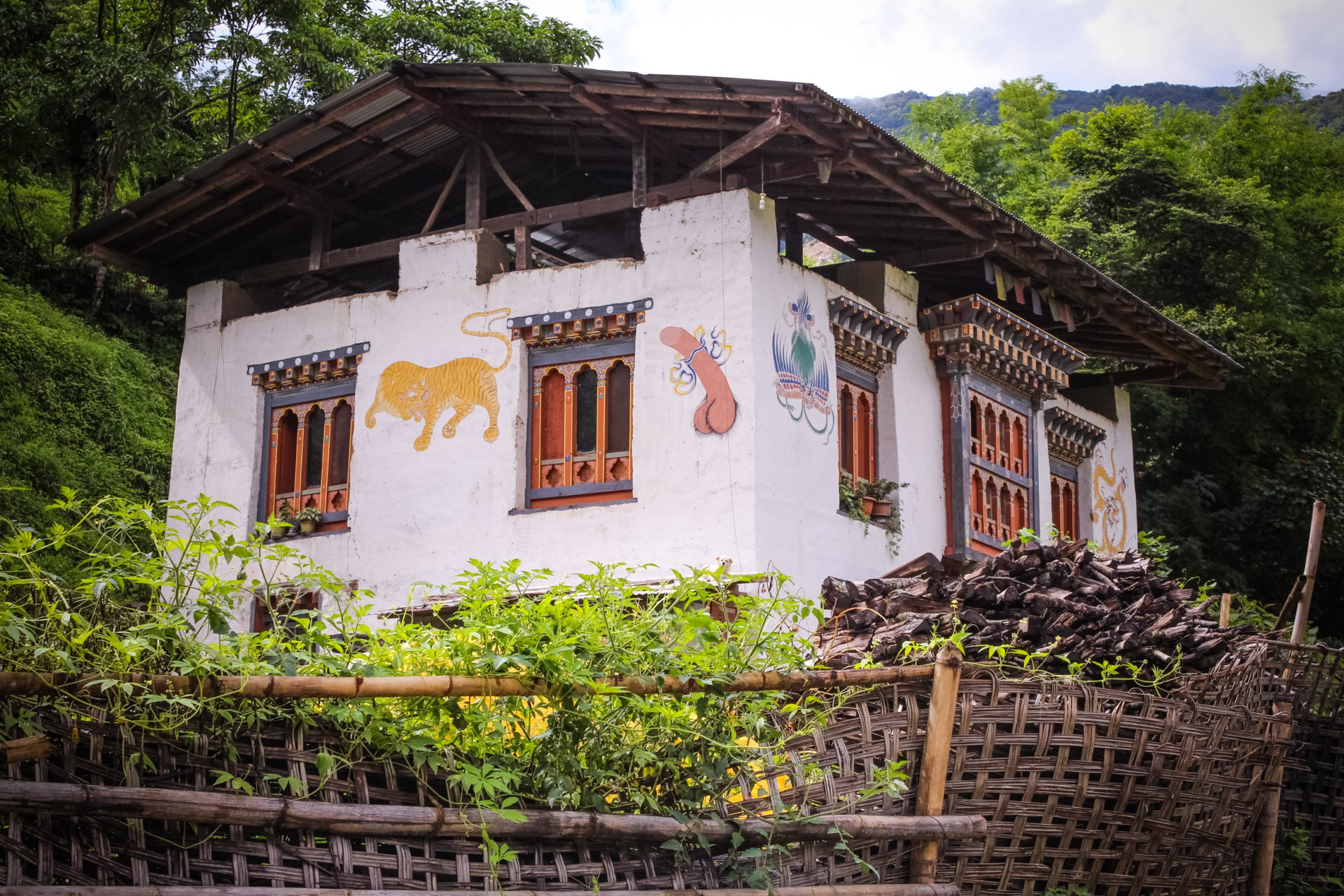 Tourism arrived here less than four decades ago. Bhutan’s strategy of “low volume, high quality” tourism has made it a highly regarded destination among discerning travelers. Shrouded in mystery, Bhutan is a place that can remind us of the true meaning of cultural authenticity and travelling off the beaten path.

The hermit kingdom has preserved its rich cultural identity throughout years of isolation. Did you know Bhutan is the only nation in the world where the sale of tobacco is banned! Bhutan is also one of the last countries in the world to introduce television to its people. The government lifted a ban on TV—and on the internet—only 11 years ago. Bhutan is the first country in the world with specific constitutional obligations on its people to protect the environment. Among its requirements: At least 60 percent of the nation must remain under forest cover at all times. Burning Lake
Concerns about the erosion of Bhutanese values have led to a government-imposed dress code for working attire. Only the male gho and female kira dresses are allowed for official duties. There’s also a ban on non-traditional forms of architecture. Despite this, one can occasionally glimpse T-shirts and jeans worn by young Bhutanese on weekends.

Thimpu is one of just two capital cities in Asia that does not have a single traffic light. (The other is Pyongyang, North Korea.) There was such public outcry when local officials installed a single signal that it was quickly removed, and a traffic officer was re-assigned to the intersection. The capital of one of the world’s most intriguing destinations, Thimphu combines a natural small-town feel with a new commercial exuberance that constantly challenges the country’s natural conservatism and juxtapositions the charm of old with the shiny of new. Every one has heard of Mount Everest but Bhutan has its own behemoth. Gangkhar Puensum is the highest point in Bhutan—and a strong candidate for the highest unclimbed mountain in the world at close to 25,000 feet. Ever since 1994, Bhutan has expressly prohibited climbing on the mountain due not only to the lack of available rescue services in the area, but mainly because of a local custom which held the peaks sacred as they were the homes of holy spirits.

If unexpected attractions is what you are after then look no further than the town of Punakha which is home to one of the most unusual shrines in Buddhism. Chimi Lhakhang is dedicated to Drukpa Kunley, a tantric Buddhist saint known for his unconventional approach to religion. Lookout for the murals and carvings depicting the male phallus.

Sex was Kunley’s way of blessing devotees and he’s rumoured to have made love to more than 5,000 women, preaching that sex would help devotees on the path to enlightenment. Chimi Lhakhang is more than just a village shrine, it’s a fertility pilgrimage site for those wishing to have children.

While Bhutan is one of the smallest countries in the world, its cultural diversity and richness are profound. A strong emphasis is laid on the preservation of its unique culture and by protecting it. Make this experience yours – join our small group tour Bhutan, Nepal, and Tibet. Contact us today!