Under Tagai’s Gaze: Sailing in the Torres Strait Islands

Beyond the tip of Queensland’s Cape York Peninsula, lies a uniquely beautiful part of Australia that few have the good fortune to visit. Here, hundreds of islands lie sprinkled in the ocean, the remnants of a land bridge that stretched from the continent of Australia to Papua New Guinea over 8000 years ago. This is the homeland of the Torres Strait Islanders, Australia’s Indigenous people whose identity is intrinsically linked to the ocean and the stars, and who are guided by the sea-hero Tagai, represented by a giant constellation in the night sky. The warm, shallow waters of the Strait are host to an abundance of marine life and they are the perfect place to explore by sea. Crooked Compass’s unique offering Torres Strait Islands & the Remote Reef, gives you the chance to do just that as you explore this fascinating archipelago by private yacht. While your experience officially starts when you touchdown at Horn Island Airport, the flight into the gateway of this archipelago is a true highlight. Make sure you reserve a window seat as the bird’s eye view of the islands scattered below you is breathtaking. The Great Barrier Reef extends to the Torres Strait Islands

Most of the islands were once part of the Sahul shelf, a land bridge that connected mainland Australia to Papua New Guinea, and which was largely submerged by rising oceans after the ice age. Other islands are the remains of dormant volcanoes including Mur Island (Murray Island) which was last active over a million years ago. The islands are divided into five main clusters, represented by the 5-pointed star on the flag of the Torres Strait Islands. While in the west, the main source of food comes from fishing and hunting, the North and Eastern Islands are farmers, and the central islands source much of their food through trade with their neighbouring islands. 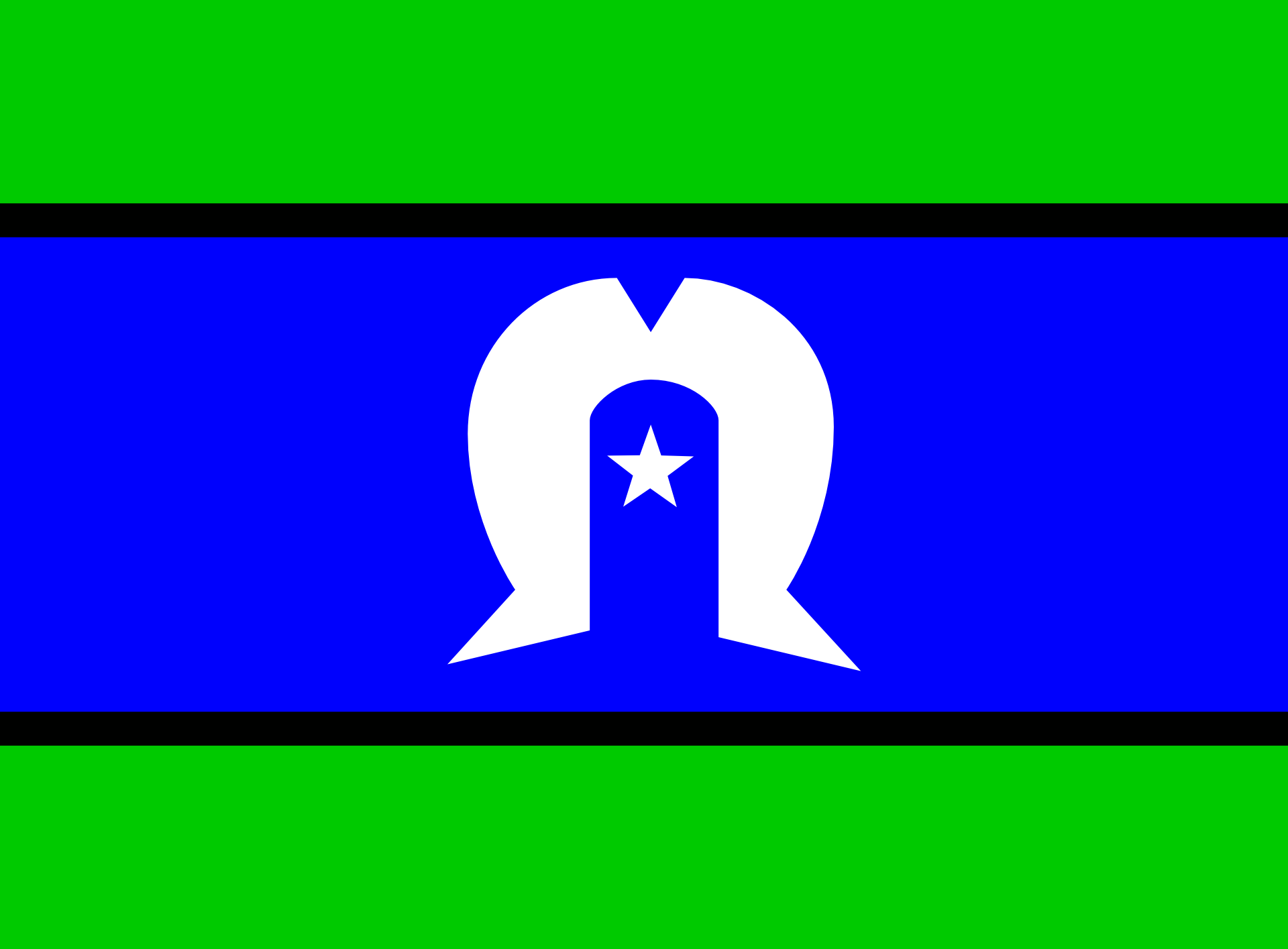 The flag of the Torres Strait Islands

The narrow Torres Strait, is a crucial shipping channel, providing a shortcut between the Indian Ocean and the Pacific Ocean, but its shallow waters can be hazardous for ships. The strait is believed to be less than 15 metres in depth at the deepest points and these warm, shallow waters are a perfect environment for marine life to flourish including some species of endangered turtles, and the loveable dugong. This is the northern reaches of Australia’s Great Barrier Reef and it is one of the most pristine parts, with very little coral bleaching and so remote here you are unlikely to encounter another traveller. These waters teem with marine life, including an abundance of turtles and dugong

Only around 18 of the islands are currently inhabited and solo travel can be tricky due to permit requirements and the lack of tourist infrastructure, so living on-board a yacht is the perfect way to explore the archipelago. You will go straight from the airport to the ocean where you will board your yacht, the M/Y Wildcard, which will be your home for the next 7 nights. The M/Y Wildcard offers the luxury of exclusivity with a maximum of 8 guests per voyage, and a crew who are some of the most experienced sailors in this remote part of Australia. With plenty of open deck space, plus shared spaces perfect for storytelling at the end of a long day, the M/Y Wildcard is ideally designed to navigate the unique geography of the strait. Your crew are expert fisherman and your meals will consist of some of the freshest seafood you have ever tasted, a complete ocean to plate gourmet foodie experience with every meal. If you prefer to take a more hands-on approach to sourcing your food from the ocean, you are in the perfect place, as the fishing in this part of the country is spectacular and options available to you include cray fishing, line and spear fishing. Straight from the ocean to your plate

Over seven days, you will explore the islands that have been inhabited for at least 2500 years by the Torres Strait Islanders, a seafaring people of Melanesian descent. Their history is riveting and complex, shaped over thousands of years from fierce inter-island rivalry, through to becoming the first Indigenous Australian people to gain native title after a historic decade-long battle in the High Court lead by Eddie Mabo and 4 other men who fought to be recognised as the traditional owners of Mer (Murray) Island. In between, are thousands of years of change and adaptation as waves of outsiders leave their mark, from missionaries and traders, through to emergence of the pearling industry and the arrival Japanese pearl divers. You will visit sites of significance, including reminders of the region’s military history on Thursday Island where gun emplacements, underground bunkers and tunnels speak of an almost forgotten World War II history. You will also visit the beautiful Cape York where you can stand at the northernmost point of the Australian Continent. There will also be plenty of time to immerse yourself entirely in the natural world, as you explore the outer cays of the Great Barrier Reef including a visit to Dugong Islet. Cruise through sapphire waters as you weave between white wisps of sand cays and coral islets. Some of these remote atolls are nesting habitats for migrating birds. Float in the turquoise sea, walk along lonely stretches of sand rising from the ocean floor. Your yacht comes equipped with kayaks to help you discover this piece of paradise at your own pace. As you explore, your crew will be creating the gourmet creations that will greet you for every meal. Seafood straight from the ocean to your plate

As night falls, it is a great time to get acquainted with the mythical sea-hero Tagai, who’s form is represented by a giant constellation of stars in the Southern sky. Belief in this great fisherman, unites all Torres Strait islanders, and he is depicted with of his feet resting in a canoe in the Milky Way, while his left hand, formed by the stars of the Southern Cross, holds a fishing spear. The stars of Tagai are deeply entwined in the lives of the Torres Strait Islanders and their appearance and movement provides important information about the natural world such as when to fish and plant, when it is safe to sail, and when the seasons would begin. The myths surrounding the stars of Tagai also provide instructions on how to live and tales of morality, passed down from generation to generation. There is no better way to end a day in the Torres Strait Islands than to watch the sun set from the deck of your yacht, as you wait for Tagai to reveal himself in the night sky. 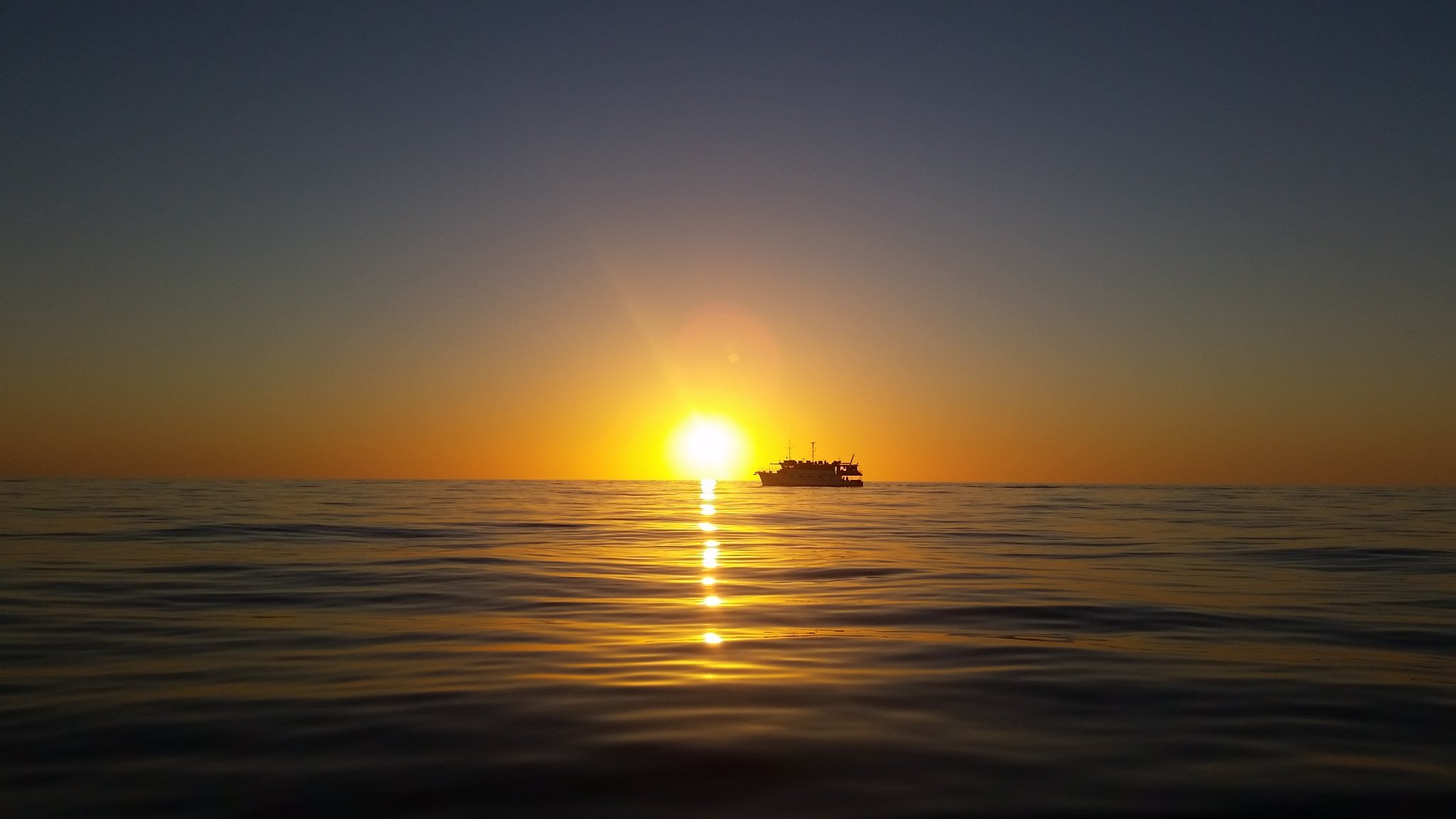 Silhouette of the M/Y Wildcard

Make this experience yours and join our Torres Strait Island and the Remote Reef small group tour! 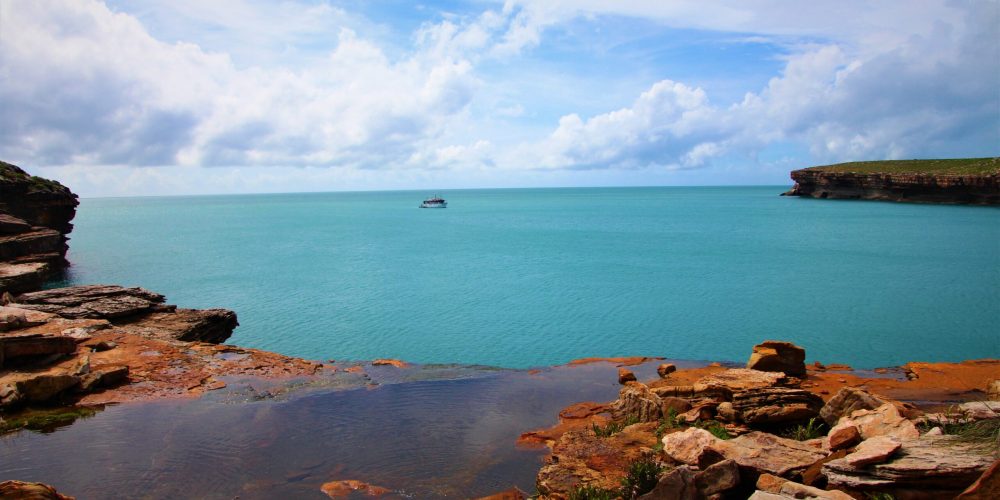 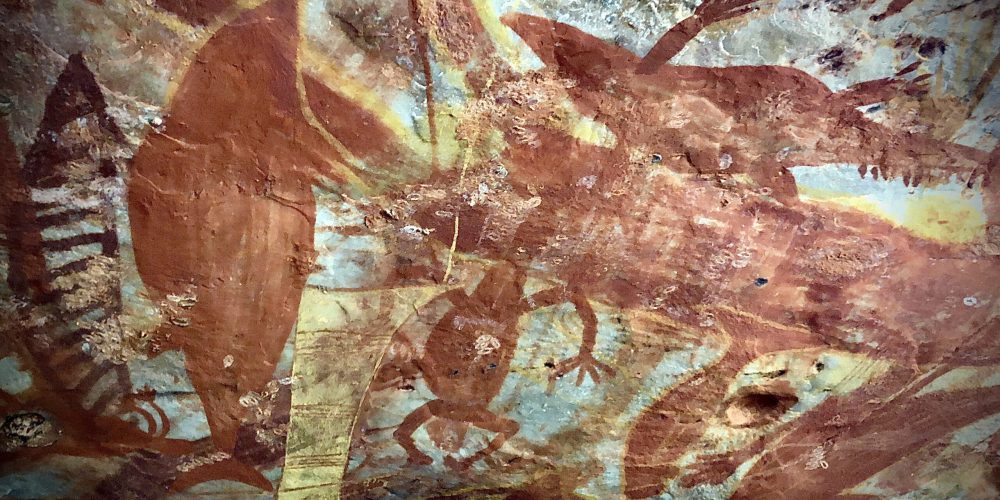 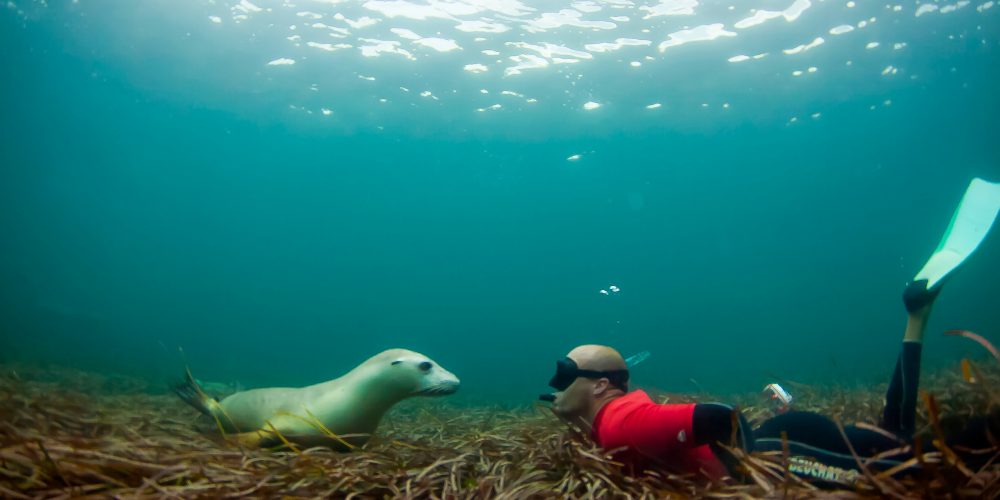