Back to Middle East 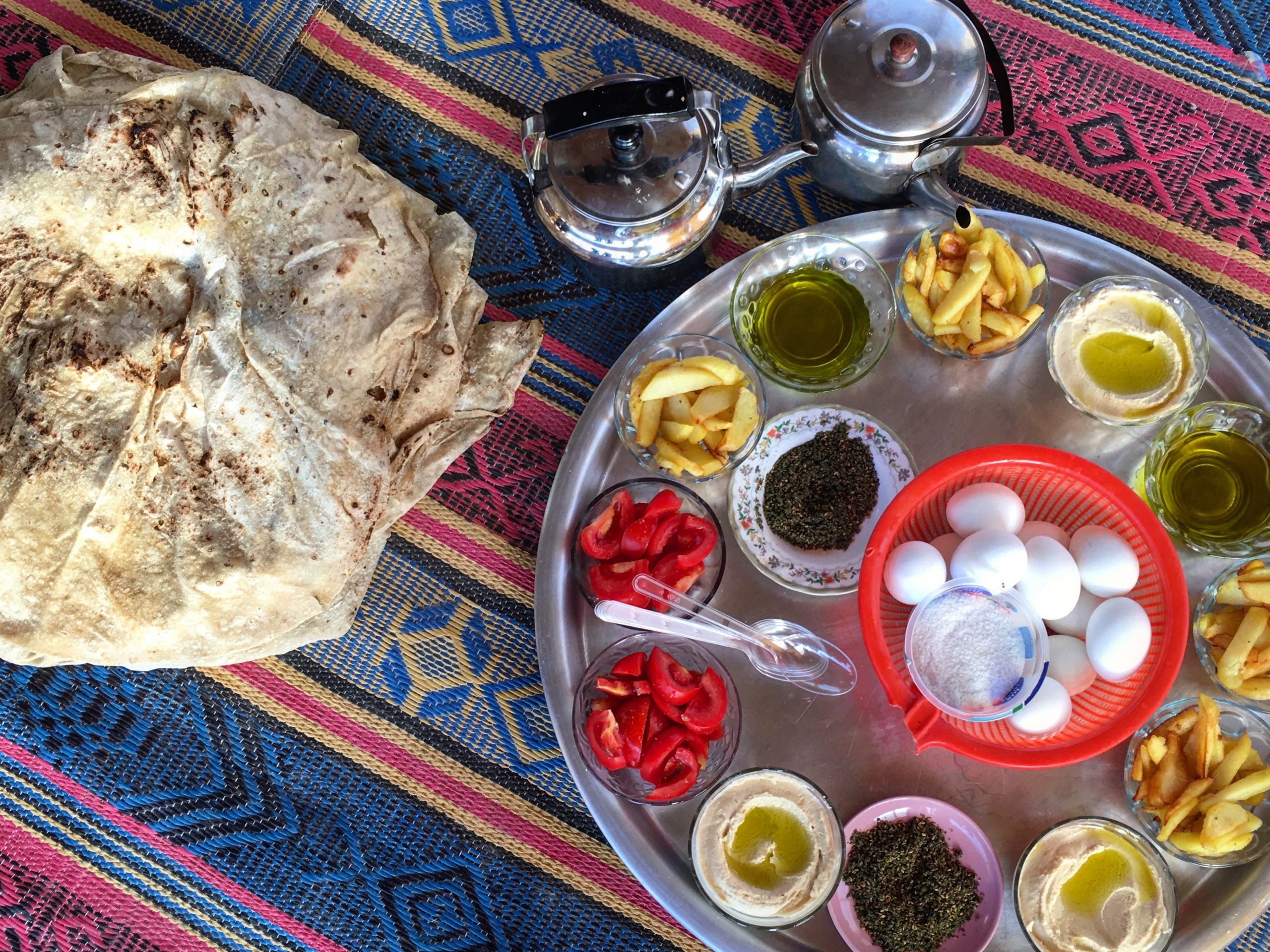 Venture well and truly off-the-beaten track and explore this spectacular path through the Palestinian territory in Israel.

Many of the villages here have not seen western travellers for a long time, an untouched and exotic aura of tradition encompasses this region. Hike alongside shepherds herding their flocks, live with local families in their time capsuled homes and camp with the Bedouins who retain their old worldly traditions against the pushes of the modern world. Discover historical biblical sites of the Holy Land, float in the Dead Sea and enjoy Palestine Oktoberfest!

Expand all
Day 1 - Arrival in Nablus

Welcome to Israel! Upon arrival at Ben Gurion Airport near Tel Aviv, you will be met and transferred to Nablus. Situated in a lush spring valley between Mt Gerizim (Jarzim in Arabic) and the arid Mt Ebal, Nablus is a bustling, exciting and vibrant metropolis with a stunningly beautiful Old City that rivals Jerusalem’s – not least because of the lack of tour groups clogging its narrow alleyways. Nablus is also a hotbed of Palestinian activism, and more often than not its central square is covered in flags, banners and posters of martyrs, those killed in the decades-long struggle against Israel.

The northern West Bank is still known to Jews as Samaria, from which the term ‘Samaritan’ is derived. Among the most fascinating elements of the Nablus area is its tiny Samaritan community which sits on Mt Gerzim overlooking the city.

This evening, enjoy a welcome dinner and overnight in a local hotel. (D)

This morning after breakfast you will set out to visit the nearby hilltop remains of Roman Sebastia and explore the old city of Nablus. Exploring the character filled old city on foot, you will visit the olive oil soap factory before walking to Tel Balata, the site of the Bronze Age city of Shechem, where Abraham arrived in the Land of Canaan. Continue on to explore the Greek Orthodox church, which houses Jacob’s well. (B,D)

This morning after breakfast, you will transfer to Awarta village for the commencement of your journey to Duma (approx. 5-7hrs) where your walk begins.

Following the Masar Ibrahim al Khalil (Abrahams Path), you will traverse dirt tracks, passing shepherds with their flocks as you wind along their age old paths. Continue on through the cultivated Mediterranean-like landscape of olive groves, wheat fields and limestone villages of the Palestinian territories northern highlands. Here you will learn about traditional plant medicines and herbal lore before stopping for lunch in Aqraba, where you will enjoy a traditional meal with a local family.

On arrival in Duma this evening, join the locals as they sit around a camp fire and enjoy traditional Palestinian music and songs (and perhaps smoke the local nargeila water pipe). (B,L,D)

Overnight in a local hotel

Today you will make your way to Kufr Malek (approx. 14km, 5-7hrs). Pass through the village of Mghayyar and the natural springs and archaeological site of Ain Samia before continuing on to Taybeh (approx. 1-2hrs). Taybeh is the only Christian village left in the Palestinian territories, holding on to its memory of Jesus seeking refuge here shortly before his crucifixion.

If time permits, you will have the chance to visit the Beer Factory. Producing four types of beer – Golden, Amber, Dark and Zero (non-alcoholic) the brewery makes the only Palestinian beer. Named after the village ‘Taybeh’ beer is promoted as the ‘The Finest in the Middle East’.

For those on our October departure, you may have the chance to witness Taybeh Oktoberfest, an annual village festival. The event aims to promote not only the famous beer, but all the local produce from the village. (B,L,D)

Overnight in a local home stay

This morning after breakfast you will make your way toward Jordan River, following the Wadi Auja canyon from Ein Samia (approx. 10km, 3-4hrs). Arriving in the Jordan River valley, just north of Jericho, you will meet the members of a Bedouin community. Their way of life has remained unchanged for millennia but they now find themselves forced to the very margins of society. Learn about their cultures and traditions as you have the unique opportunity to spend the night here in the black goat hair tents. Your stay as guests here is helping these families to find new ways to maintain old traditions. The Bedouin people have also retained their ancestral knowledge of desert plants, and it may be possible to have a guided walk through the herbal and medicinal plants around the camp. (B,L,D)

This morning after breakfast you will transfer to your starting point near Herod’s Palace in Jericho. From here you will set out on foot following Wadi Elqult, a stream that runs from Jericho to Jerusalem (approx. 2hrs). Used to transport water from three main springs in the valley to Jericho, several aqueducts have been found along the stream, the oldest dating to the Hasmonean period (2nd century BC).

Arrive at Wadi Qelt, which is home to a number of Christian sites and monasteries. Built as part of a Hasmonean royal winter palace, the Wadi Qelt Synagogue is believed to be one of the oldest synagogues in the world.

**Note that Greek Orthodox have priority to entering the monastery. Wait times may be long or if there is a private mass inside, entry is not always possible.

From here, transfer to Jericho for lunch before exploring the old city of Jericho and then continue onto visit the dead sea. At 400m below sea level, the Dead Sea is the lowest point on Earth, the area characterised by high annual temperatures, low humidity and high atmospheric pressure, while the air is extremely oxygen-rich. With the highest content of minerals and salts in the world, the waters of the Dead Sea possess anti-inflammatory properties, while the dark mud found at its shores have been used for therapeutic purposes for more than 2000 years. (B,L)

This morning, after a short transfer, you will head south (approx. 2-4 hrs, 10-12km) through the desert landscape that rises to the west of the Dead Sea. The path brings you to the edge of the Kidron Valley or Wadi alJoz, a deep limestone canyon, from where you can see the even more remote and spectacular desert monastery of Mar Saba, built into the cliff face on the opposite side of the ravine.

Follow the shepherds’ tracks deep into the canyon, across the riverbed, and back up towards the monastery where you will be met and transferred by road to Bethlehem, where you will visit the Nativity Church and Manger Square. (B,L)

This morning is yours at leisure until it is time to be transferred to Ben Gurion Airport for your onward flight. (B) 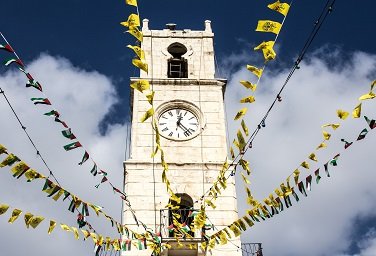 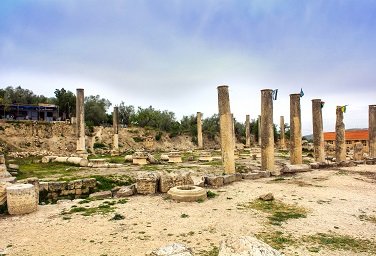 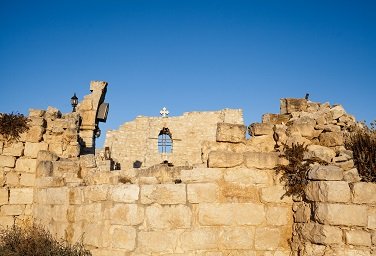 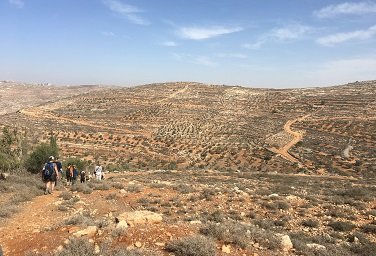 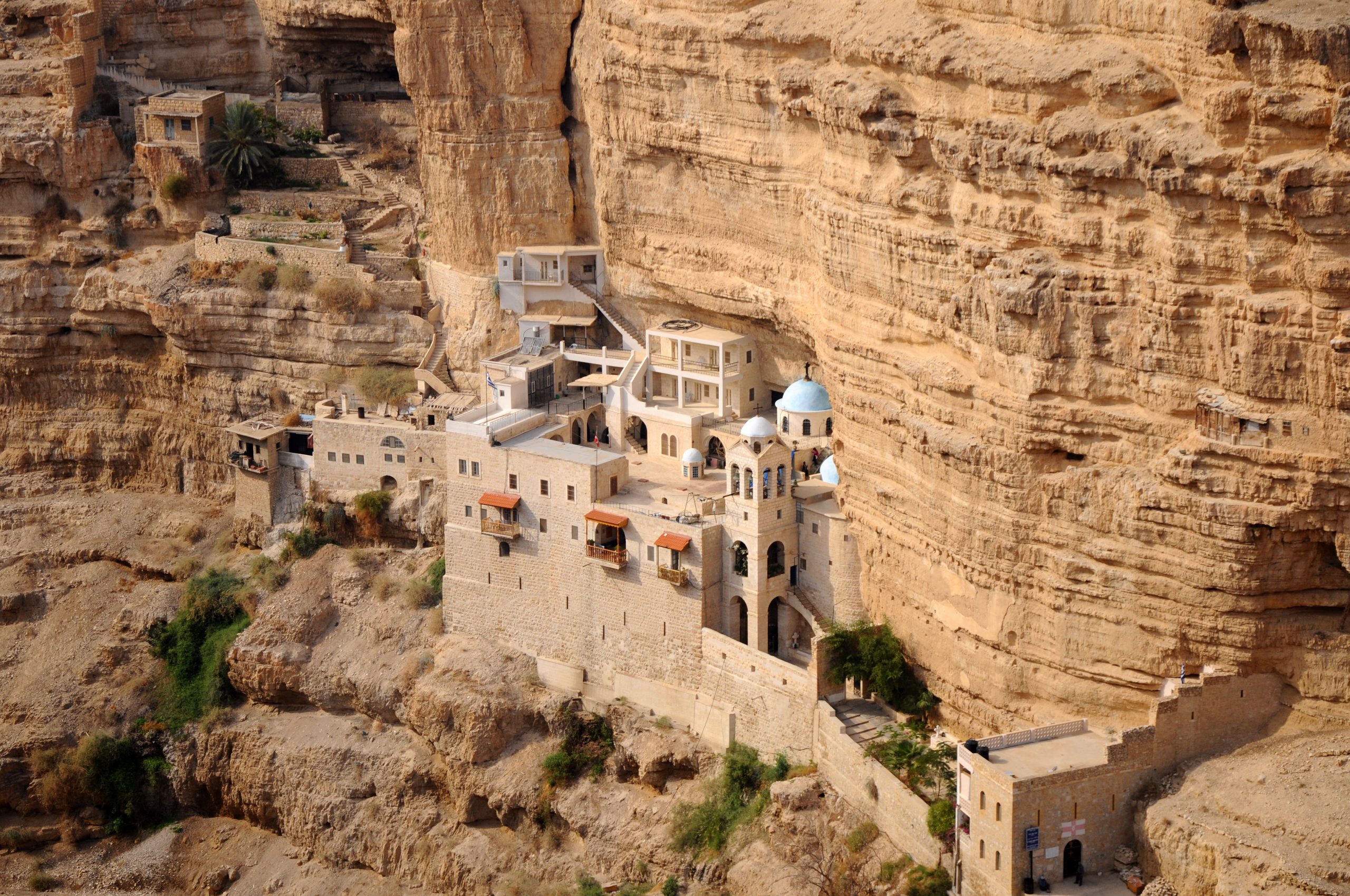 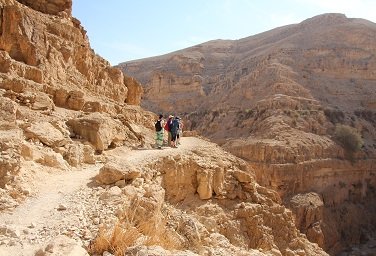 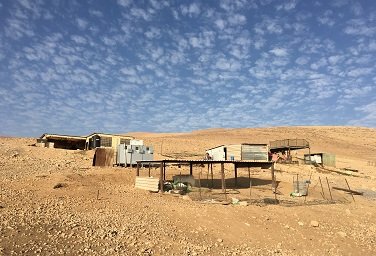 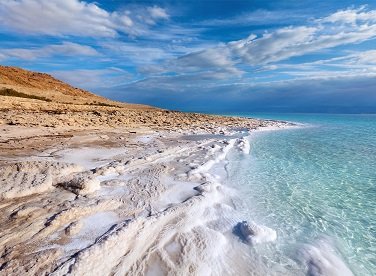