Back to Middle East

Join us for our very special journey through Syria. After years of being ravaged by civil war, Syria is starting to return to a level of normality not seen in years.

Designed with safety in mind, embrace the privilege of being one of only a few travellers permitted to explore this ancient land. Whilst not all major sites are included, we have crafted this journey around sites which are currently deemed safe to visit. Bursting with ancient and modern history, Syria is a hidden gem waiting to be explored. Starting in the Lebanese capital city of Beirut, travel to Damascus, Homs, Aleppo and the magnificent Krak des Chevalliers. Covering a huge amount of ground with our expert local guide explaining all as we go, you will gain an incredible insight into one of the most fascinating and beautiful countries on our planet.

Expand all
Day 1 - Beirut to Damascus

This morning, it is an early departure from your Beirut hotel in Lebanon, as you make your way to the Syrian border. After completing border formalities, you will continue to the ancient capital of Damascus, where you will check into your hotel for a short rest before setting off on a walking tour of Old Damascus. Ramble your way through the old cities thirteenth century walls; home to a citadel, a tangled souq and impressive mosques. Oozing with medieval atmosphere, every street bustles with the streets lined with Ottoman-era houses, many of which are well preserved, whilst others are damaged from recent conflicts.

Later in the afternoon, explore the buzzing bazaar, traditional shopping areas and the street dedicated to local bars and restaurants. The evening is yours to enjoy the cities vibrant nightlife.

After breakfast, set off to enjoy a full day Damascus city tour. You will visit the National Museum of Syria, before exploring the handicraft market for some of the best handmade goods in the Middle East. You will see the perfect example of a traditional Damascene house, as you visit the Azem Palace followed by the Mausoleum of Saladine & Umayyad Mosque (a place of worship since the first millennium B.C). The Umayyad Mosque is a monumental remnant from when the city was the greatest in the world and may be the world’s most stunning Islamic building. It contains the mausoleum of Saladin, great adversary of the Crusaders. Continuing on, visit the Church of St Ananias, the window of St Paul and explore the Al- Hamidieh Souk which is oldest and largest souk in Syria. (B)

Your first stop today will be at Saidnaya to visit a convent. Our Lady of Saidnaya Patriarchal Monastery is a monastery of the Greek Orthodox Church of Antioch located in Saidnaya, Syria. It is one of the most ancient monasteries in the world and in the region of the Middle East and North Africa, traditionally held to have been founded by Byzantine emperor Justinian I in 547 AD.

Drive onto Maaloula, a small Christian town that was almost completely decimated by ISIS in 2014. It’s one of the most scenic villages in Syria and is the only place in the world where Aramaic; the language spoken by Christ is still used as a living language. Visit a Catholic church which was destroyed but has already  been largely rebuilt.

Krak Des Chevaliers is your next stop. Fondly quoted as “The most wholly admirable castle in the world,” according to Lawrence of Arabia. A crusader castle which is one of the most important preserved medieval castles in the world. The site was first inhabited in the 11th century by Kurdish troops garrisoned there by the Mirdasids. After touring the castle, continue onto Homs where you will overnight. (B)

This morning it is an early start as you continue to Palmyra, an oasis in the Syrian desert, which contains the monumental ruins of a great city that was one of the most important cultural centres of the ancient world. From the 1st to the 2nd century, the art and architecture of Palmyra, standing at the crossroads of several civilizations, married Graeco-Roman techniques with local traditions and Persian influences. Enjoy a full day here to visit the ruined city.

The grand monumental colonnaded street, open in the centre with covered side passages, and subsidiary cross streets of similar design, together with the major public buildings, form an outstanding illustration of architecture and urban layout at the peak of Rome’s expansion in and engagement with the East. The great temple of Ba’al is considered one of the most important religious buildings of the 1st century AD in the East and of unique design. The carved sculptural treatment of the monumental archway through which the city is approached from the great temple, is an outstanding example of Palmyrene art. The large scale funerary monuments outside the city walls in the area known as the Valley of the Tombs, display distinctive decoration and construction methods. Spend time exploring and take in further sites, such as the Arch of Triumph, the Great Colonnade, the Theatre, the Agora and the Tombs. Drive onwards to the town of Hama. (B)

Depart for Aleppo. The main road which connects Homs to Aleppo, runs very close to areas controlled by the Syrian Free Army which has many checkpoints making for a long drive. To avoid most of it, we take a more scenic route through the country arriving in the early evening. The evening is free at leisure for dinner. Located at the crossroads of several trade routes since the 2nd millennium B.C., Aleppo was ruled successively by the Hittites, Assyrians, Akkadians, Greeks, Romans, Umayyads, Ayyubids, Mameluks and Ottomans who left their stamp on the city. The Citadel, the 12th-century Great Mosque and various 16th and 17th-centuries madrasas, residences, khans and public baths, all form part of the city’s cohesive, unique urban fabric. Aleppo is a wonderful town to explore in the evening independently. (B)

Aleppo was arguably one of the worst affected cities during the Syrian war. Here you’ll get the chance to see some of the terrible destruction, as well as the opportunity to witness the early stages of the massive rebuilding projects that Syrians are now undertaking. Your first stop today will be the famous Aleppo Castle. You will also be able to see the destroyed souk.

Drive into the old town – one of the areas that was the worst affected by the war to witness the sheer decimation before continuing back to Damascus. Enjoy some free time evening. (B)

After breakfast, begin the drive back to Beirut where your tour will end on arrival. (B)

* A minimum of 4 adults is required to guarantee this departure. 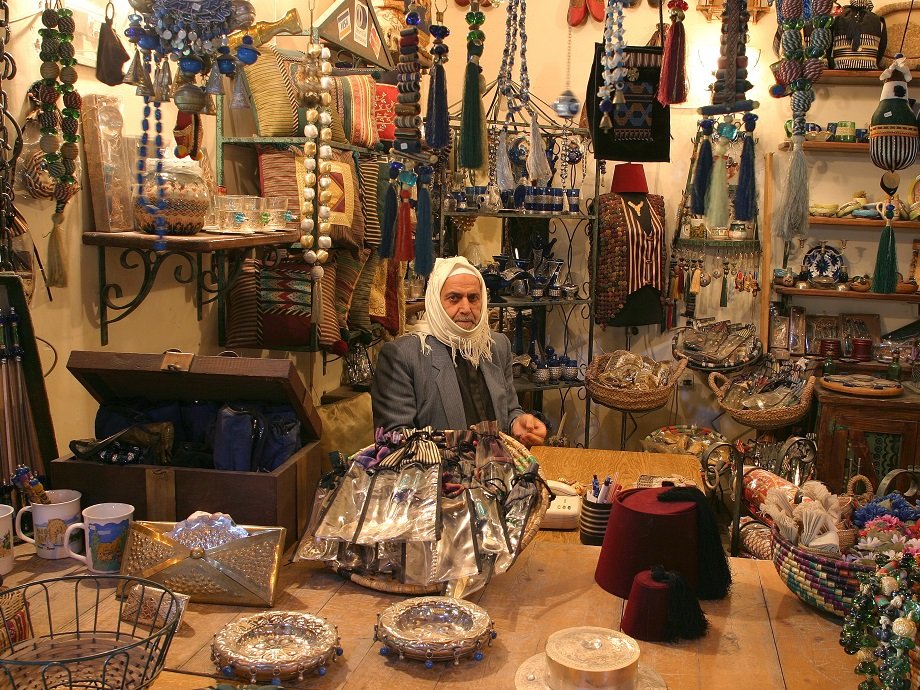 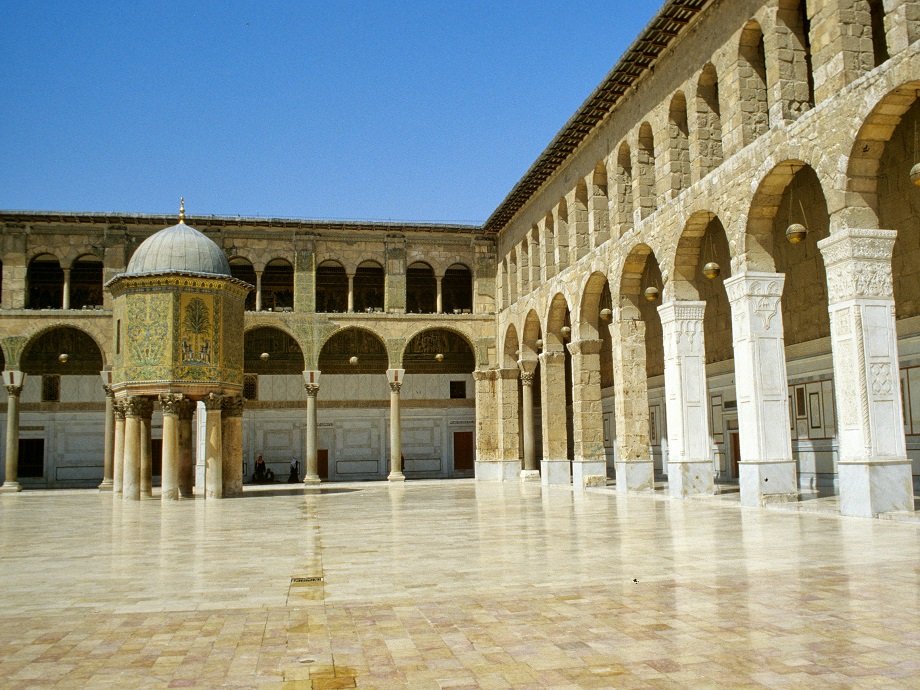 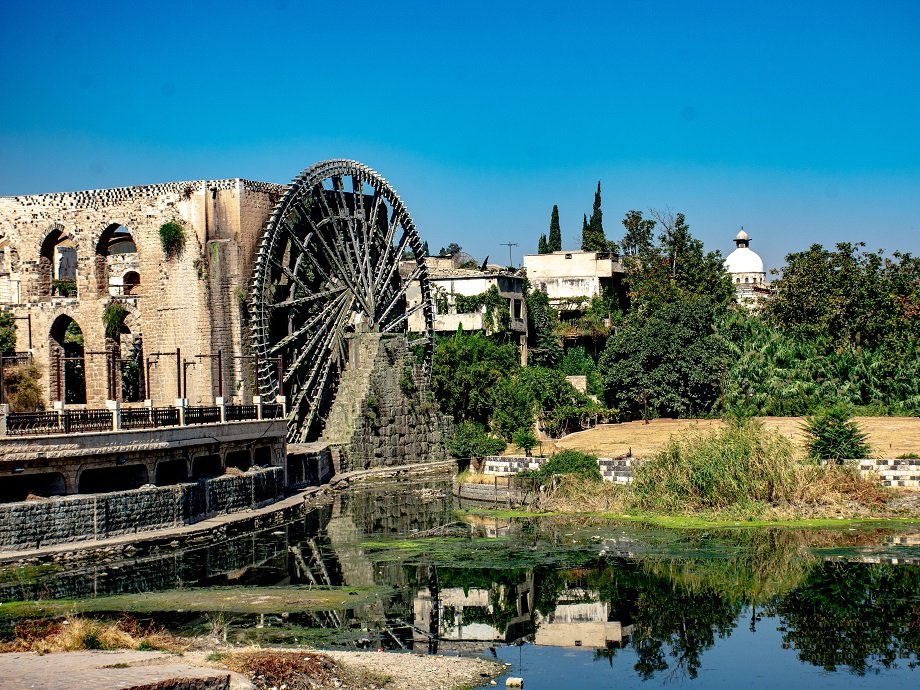 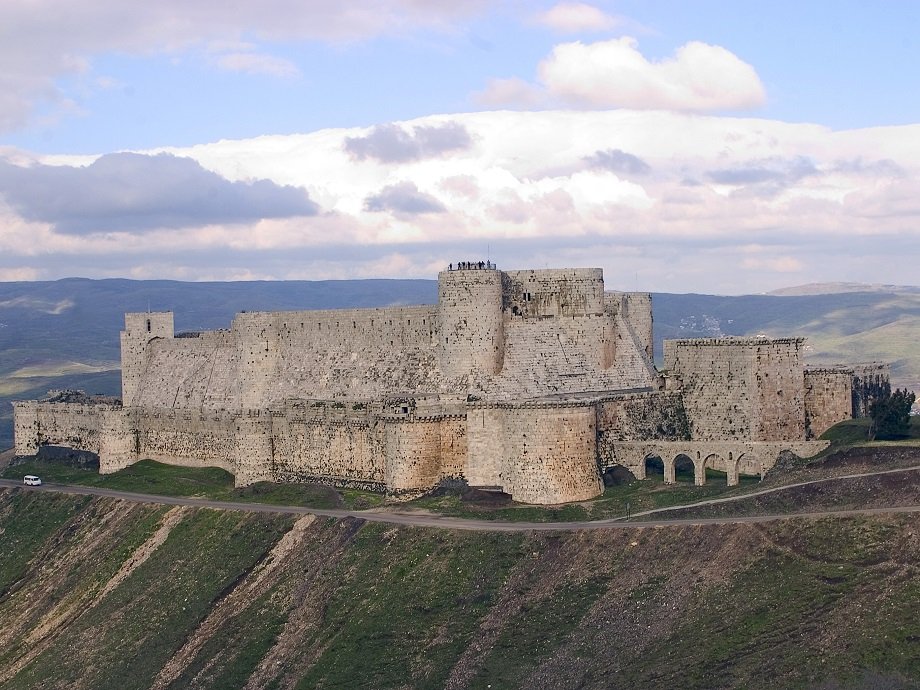 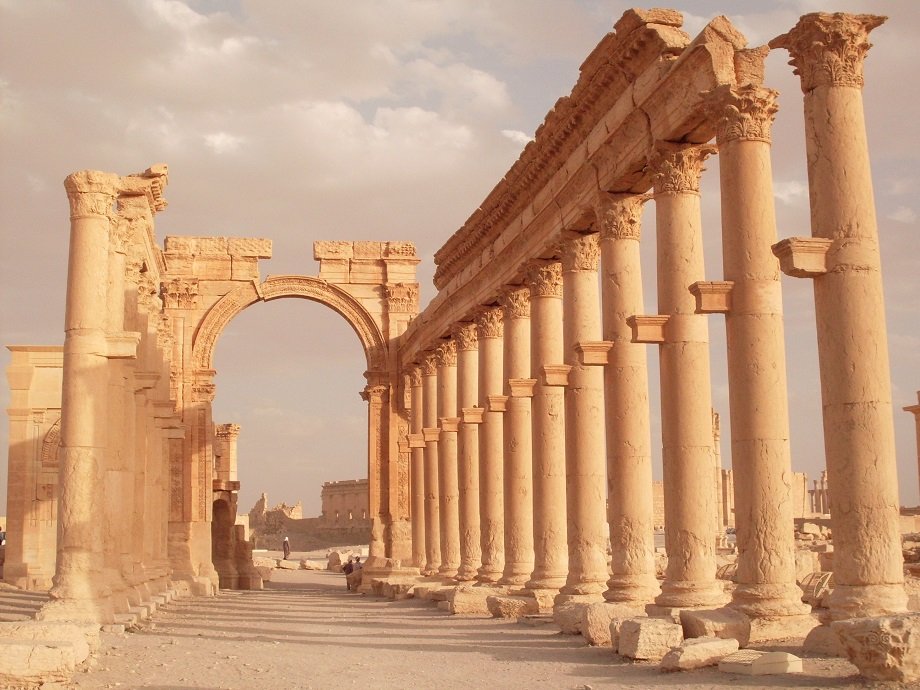 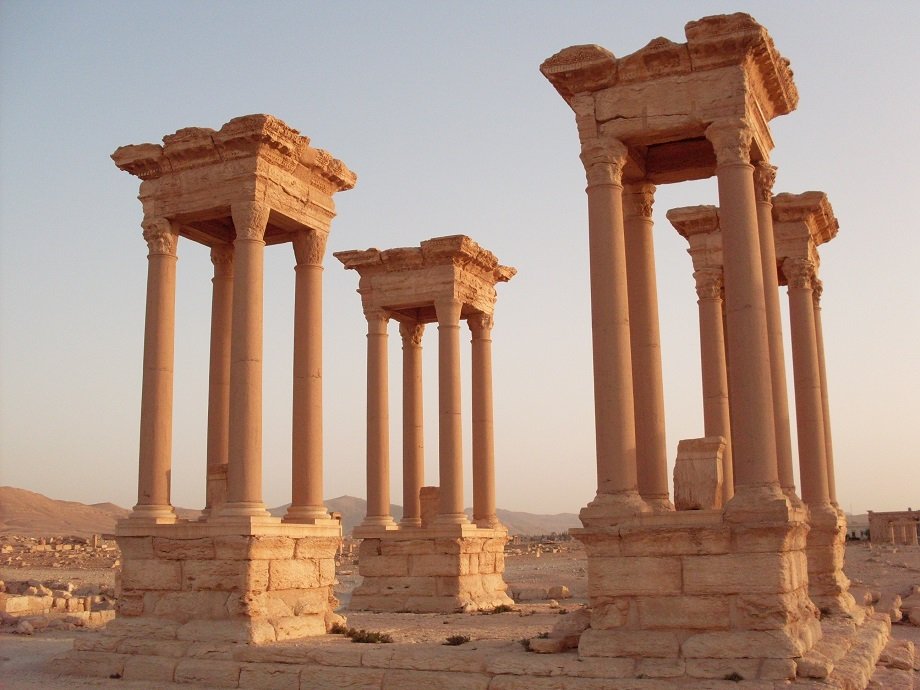 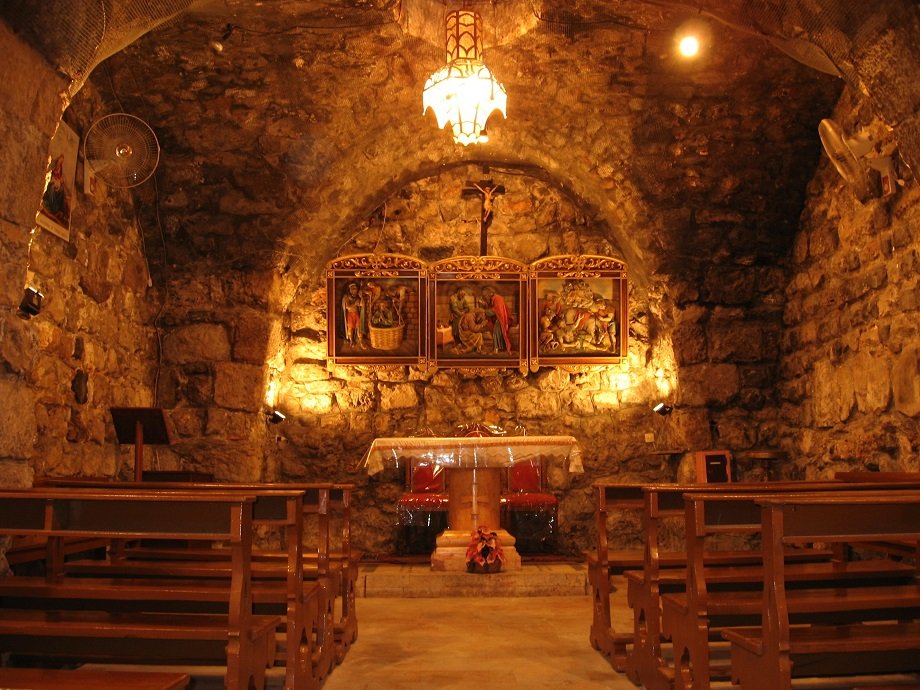 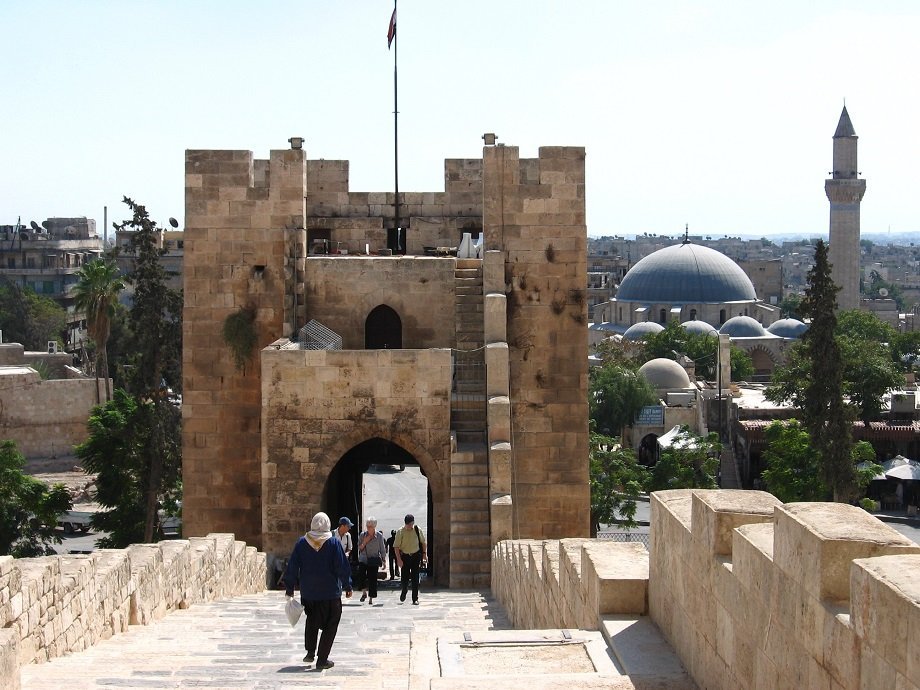 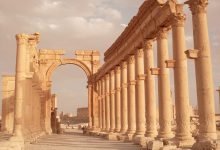 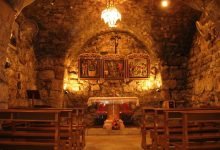 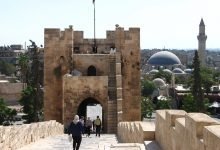