Experience one of the largest tribal gatherings in the world with more than 100 tribes participating in the event which attracts thousands of local participants in traditional dress delivering an insight into hidden customs.

Performing extraordinary displays of traditional song, rituals and dance whilst decked out in unique costumes, glorious colours and stunning face paintings, the tribes show off their distinct cultures with an undeniable passion.

Join us as we experience the Goroka Festival – Papua New Guinea’s biggest sing-sing.

Welcome to Papua New Guinea. Upon arrival in Goroka, you will be met at the airport on arrival and transferred to your hotel.

Following lunch at the hotel, head to Keiya village. Here you will witness some incredible cultural performances including the ‘Cane Swallowing’ ceremony of boys initiation where a cane rope is pushed into their stomach through their mouth to cleanse themselves as an initiation ceremony. Often referred to as Dring Kol Wara (Drink Cold Water) by the Bena people of Eastern Highlands, the initiation is practised only by men. In previous times, women were never allowed to know about it, much less see it.

The cane is carefully carved to achieve a smooth surface to allow easy ingestion. With careful preparations, final touches are made to bend the cane into a U-shape before hanging it to dry in kitchen huts. It is dried for about one month before being used. Every now and then the dried cane is taken out and left in water to regain moisture to maintain its outer covering. Its length may vary from two to three metres.
The initiation period may last for two to three months, depending on the amount of pork available for meals in the ‘haus man’. Mothers of young boys cry for their sons as they are taken away to learn their custom and embrace manhood.

During the course of this initiation, initiates are required to lie on their back, face-up, to sleep as it is believed that that will straighten and elongate the intestines in preparation for the Neheya. Meals provided for the initiates comprise of only pork fat and boiled kaukau (sweet potato), believing that this dish, also known as hosamaya, ensures the smooth passing of the cane along the digestive tract. It is prepared only by elderly women who have gone past menopause. To witness this ancient practice, is a rare experience.

Return to your hotel for dinner. (L,D)

3 nights at the Emanuel Lodge or similar

Enjoy an early breakfast as you depart at 7:30am to get your bearing at the festival. The sing-sing groups start to arrive from 9am. You will be in awe at their body decorations, colourful traditional costumes and vibrant face painting. Learn about the different types of costumes and their significance in the cultures of these people.

Colours, kundu drums and chanting explore your senses as thousands of warriors, all dressed in their very finest traditional regalia, performing and dancing and in sing-sing. Each group, with their own cultures and languages vow to outclass the other groups. Walk among the dancers, shake their hands and meet them.

Following the festival, you will be transferred to the Tumbuna market for the opportunity to purchase locally made handicrafts before returning to your hotel late in the afternoon. (B,L,D)

This morning you will enjoy another festival day at the arena with your guide. A picnic lunch will be provided so you do not miss any of the action.

After the festival at approx. 3.00pm, you will visit the McCarthy Museum just near the showground.

The museum’s main collections are artifacts and specimens from the Highlands region including wooden dishes, stone mortars, stone blades, magic stones and sandstones for making stone blades. There are also some WWII relics on display including a P-39 Airacobra. (B,L,D)

After breakfast at 7:00am, you will be picked up from your hotel and transferred to the airport for your flight to Port Moresby. (B)

A non-refundable deposit of $1000 AUD per person plus domestic airfares is required to secure your place. Final payment is due no later than 60 days prior to departure. Travel insurance is mandatory for travelling with Crooked Compass. For full terms and conditions, please click here. 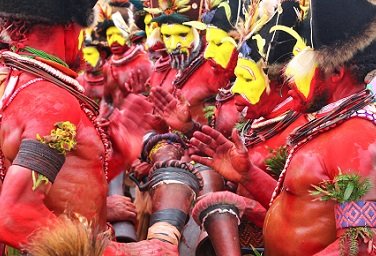 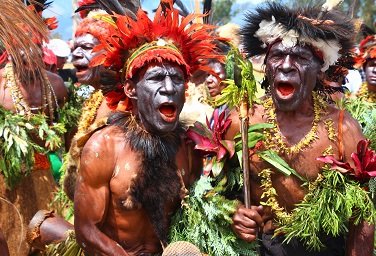 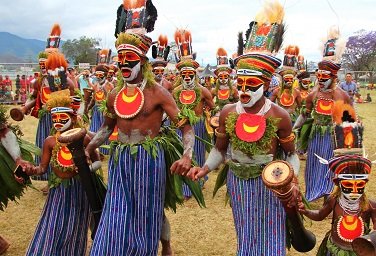 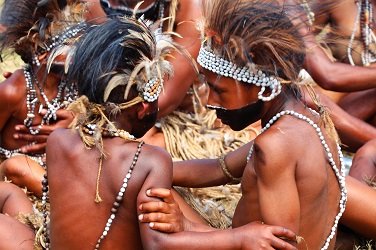