What is Kumbh Mela?

Kumbh Mela is the largest religious gathering in the world! According to astrologers, the 'Kumbh Fair' takes place when the planet Jupiter enters Aquarius and the Sun enters Aries. The pilgrimage occurs four times every twelve years, once at each of the four locations. Legend has it that in the mythological times, during a waging war between the demigods and demons for the possession of nectar of eternal life, a few drops of it had fallen on to four places that are today known as Prayag, Haridwar, Ujjain, and Nasik.

It is believed that these drops gave mystical powers to these places. The normal Kumbh Mela is held every 3 years, the Ardh (half) Kumbh Mela is held every six years at Haridwar and Allahabad (Prayag) while the Purna (complete) Kumbh mela takes place every twelve years, at four places Prayag (Allahabad), Haridwar, Ujjain, and Nashik, based on planetary movements.

The Maha Kumbh Mela is celebrated at Prayag after 144 years (after 12 'Purna Kumbh Melas'). Depending on what position the Sun, Moon, and Jupiter hold in that period in different zodiac signs, the venue for Kumbh Mela is decided.

The most recent Kumbh Mela was in 2016 in Ujjain and around 70 millions of pilgrims took a holy dip in river Shipra. The main bathing days for the Kumbh Mela are: Makar Sankranti, Paush Purnima, Mauni Amavasya, Basant Panchmi, Maghi Poornima and Maha Shivratri.

Kumbh Mela is the only occasion to observe the holy men of India. It can be safely said that this is a conference of all major & minor sadhus, gurus & holy men. They come from all across India’s vast rural backyard, cities, clearings in dense forests and remote ice- bound heights of the Himalayas. They can be categorised into two broad groups of Vaishnavas or followers of Vishnu or followers of Shiva. Of the various sects & sub sects the most ferocious and exotic are the Nagas, the militant wing which prefers to live by their ritual fires, covered in ashes, with matted hair flowing to the ground.

Irrespective of all worldly barriers of caste, creed, region, and sect, the Kumbh Mela has wielded a mesmeric influence over the minds and the imagination of not only the ordinary Indian but also great men such as Mhatma Gandhi. His own words on Pooran Kumbh held in 1915.

“The day of the fair was now upon us. It proved a redletter day for me. I had not gone to Hardvar with the sentiments of a pilgrim. I have never thought of frequenting places of pilgrimage in search of piety. But the seventeen lakhs of men that were reported to be there could not all be hypocrites or mere sight-seers. I had no doubt that countless people amongst them had gone there to earn merit and for self-purification. It is difficult, if not impossible, to say to what extent this kind of faith uplifts the soul.”

What happens at Kumbh? 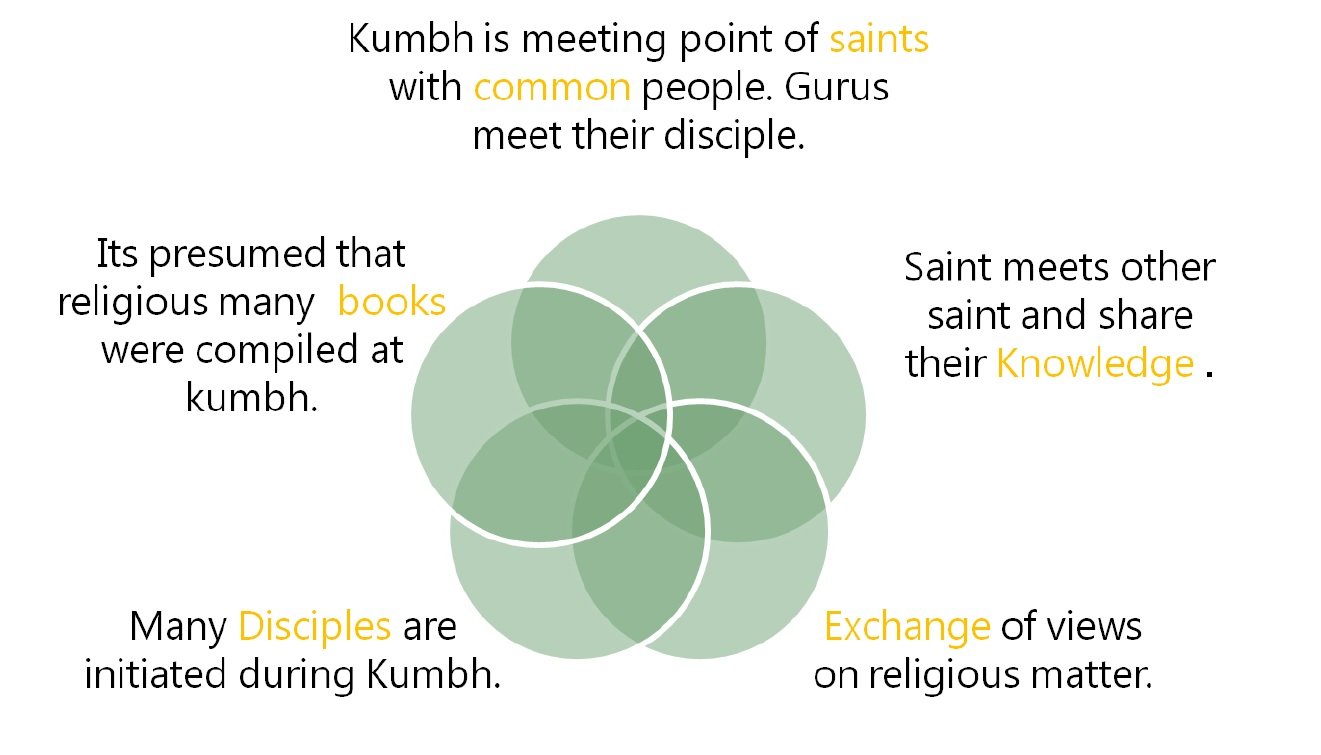 Interested in joining the next Kumbh Mela? Check out our small group tour here!