East Arnhem Land and the Wessel Islands are two of the most remote reaches in Australia and our last frontier before Papua New Guinea. So why do we choose to travel here in the wet season? Put simply, for the beauty and power of Mother Nature. You travel through the scattering of islands between January and March for the phenomenal, natural drama that ensues. 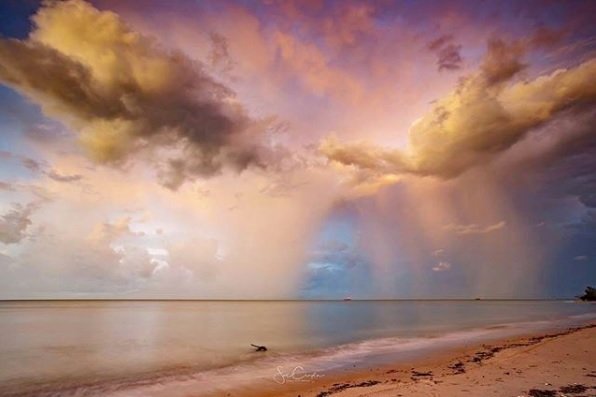 The waterfalls on the string of islands, which make up the Wessel Islands, only flow for around 30 days per year, which is in the wet season. It is incredibly rare to sit in freshwater lagoons cascading straight into the ocean. We bring this rarity to you. The rainforests glisten and the wildlife is abundant, wildflowers bloom and everything transforms from dry, cracked and brown to lush, tropical and green almost overnight as the monsoon trough drifts through. Everything bursts into life. Mother Nature comes alive in wet season. 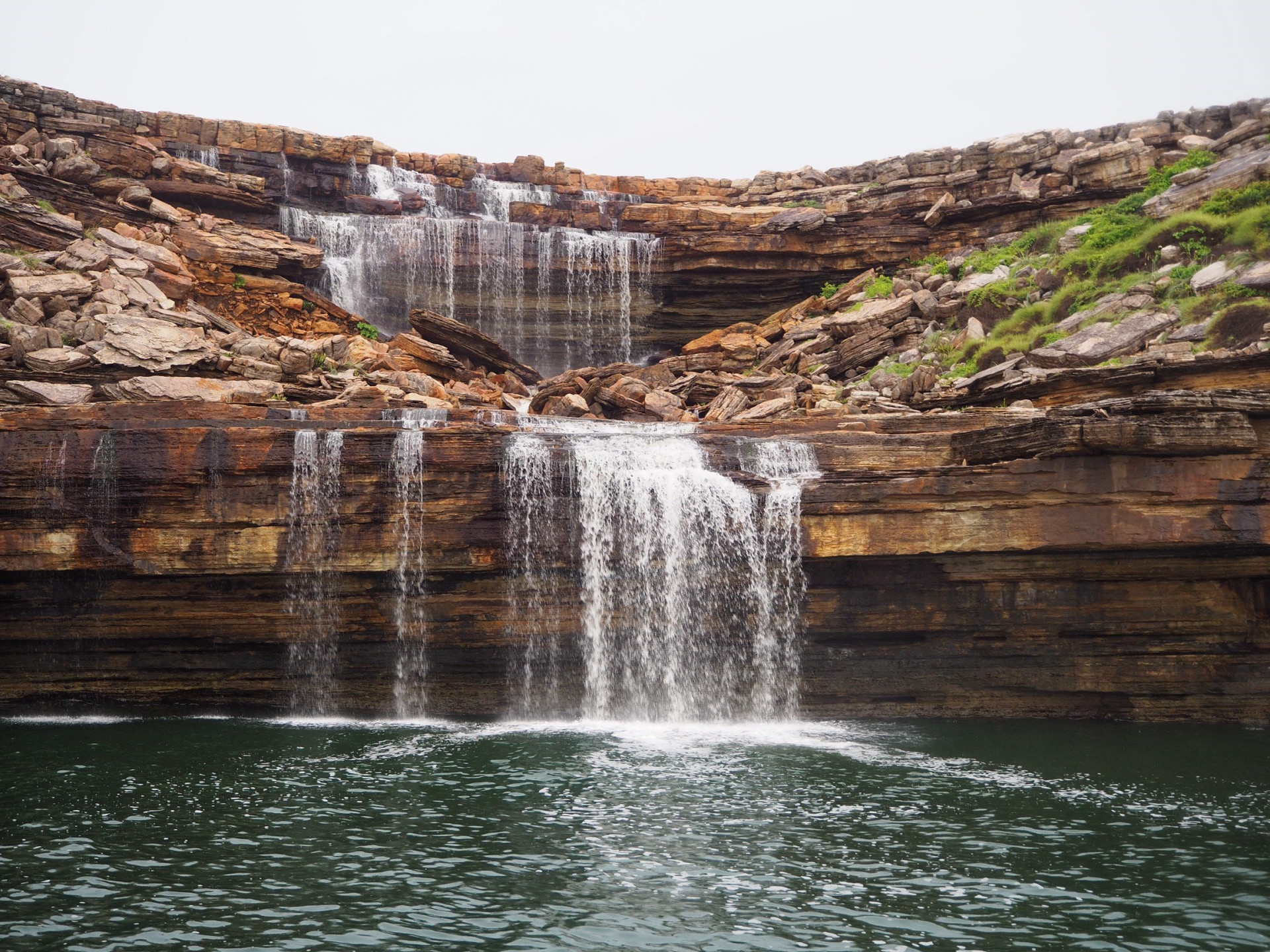 Finger Falls in the Wessel Islands only cascades for 30 days a year!

Have you ever heard of light bulb lightening? This is caused from incredible cloud formations called hectors. It is a cluster of julio nimbus clouds. Witnessing these storms from 10-15 mile away is unbelievable. These hectors only happen in the Northern Territory and in Mexico. Nowhere else in the world can you experience such a phenomenon. 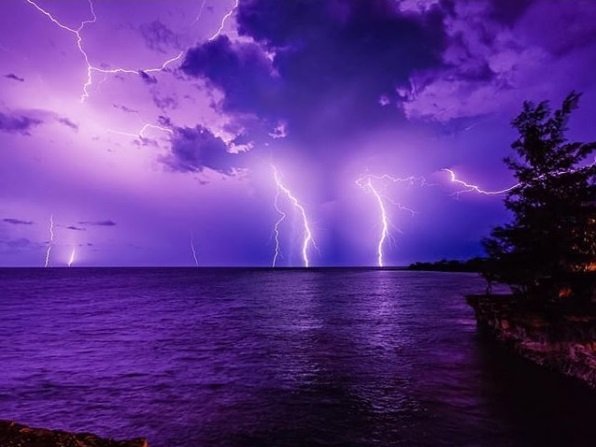 Mother nature at her best over the ocean. Photo credit: Ben G Fuller

Imagine this... the sky grows as dark and cloaks itself around you as if someone has switched off the sun. You sit on the bow of the M/Y Wildcard with a wine in hand. Watching. Waiting. For 40 mins to up to an hour and half, you witness spectacular storms inside the hector. Everything is eerie. Dark and grey as the raw forces of nature throw long fingers of lightening, sometimes 10 or 20 fingers at once, to the sea below and the sky illuminates like a hydrogen bomb exploding. The rumbling sky stops. It is suddenly deathly quiet. The only sound, your gasps of wonder and amazement at what you have just witnessed. #Bucketlist Chatting to our Captain Bruce, who has spent 50 years in the Gulf of Carpentaria, he shares that in all his decades at sea he has very rarely been affected sailing through the Wessel Islands by weather. Plus, there are plenty of precautions that are taken.

Let's do some myth busting on the concerns travellers may have around travelling in the wet season.

Due to the changeable weather, often days can be overcast. 99% of the rainfall in wet season takes place at night, not affecting the day’s activities. Many people are unaware that Gove, in East Arnhem Land, is one of Australia's coolest places in Jan-Mar, with daily temperatures averaging between 24C - 31C. Yes, there is humidity. But then, you are visiting Australia’s tropical north! 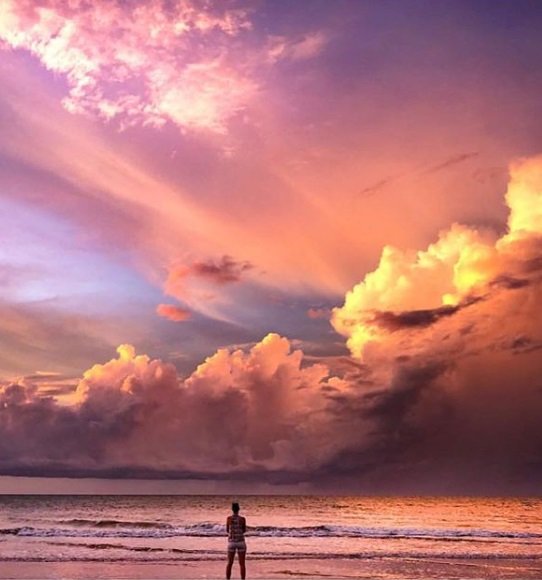 In the wet season, the winds predominately blow in a westerly direction. This means the M/Y Wildcard operates solely on the sheltered eastern side of the Wessel Islands, so that comfort and safety can be delivered to guests. The +100m high cliffs, provide a shelf of protection where the waters are still, calm, flat and like glass. 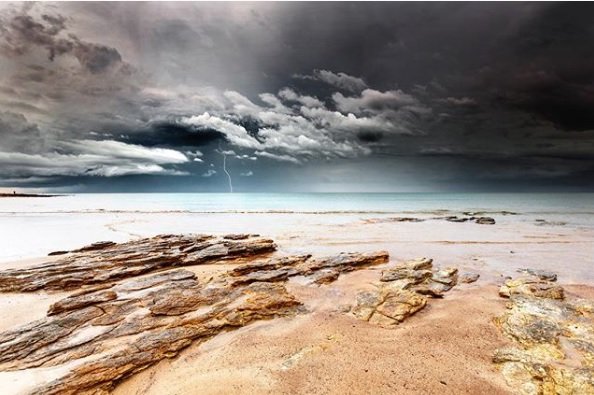 Early weather warnings are reliable and allow for plans to be changed if required. In Captain Bruce’s words, to witness a cyclone on the distant horizon over the ocean is incredible. To travel through East Arnhem Land and the Wessel Islands in the wet season is the most stunning time of the year. 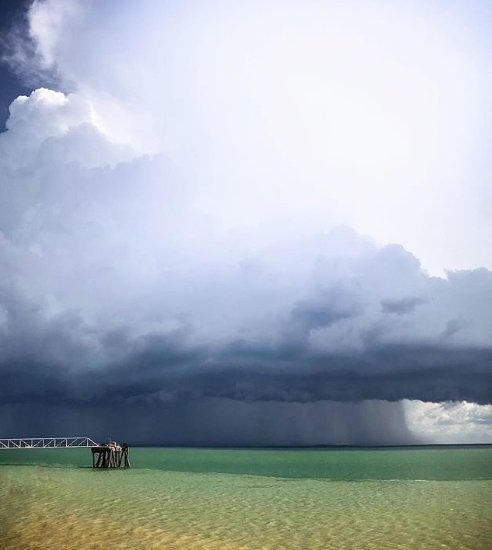 It is thrilling for guests to witness a wild storm from a distance. Us city slickers are out of our comfort zone as the experienced and confident crew, with their cheeky nature, play it up to add to the excitement. The cloud formations, lightening performances, bursts of thunderstorms and rainstorms, is something you need to witness to believe. Imagine waterspouts, sometimes three at a time, twisting around each other, chasing each other through the storm across the ocean. The raw beauty of nature. Mother Nature is spectacular and this natural phenomenon is not to be missed. You choose to travel to East Arnhem Land and the Wessel Islands in the wet season for an experience that will leave you in awe.