I have ummed and ahhed over whether or not I should write this blog post. Some of it is quite funny (now), but some of it is also extremely embarrassing. I decided to write this as so often people are telling me how amazing all my travels look (and of course they are), but what is shown on social media, is generally only the glamorous side of travel. I wanted to share some of the less glamorous experiences of my travels to show you that I too am human and things do not always go the way you plan. Where to start? The list seems endless of my travel mishaps!

My husband and I had woken super early (around 2am) to get organised for our 8 am flight. Getting ready half asleep, we trudged out the door in darkness. We checked in for our flight and made our way to the Singapore Airlines lounge. As we had our boarding passes scanned, my husband was called back to the front desk. He returned looking triumphant and had two new boarding passes - we were upgraded to business class! Great start to our trip! I quickly dashed to the bathroom and upon looking down burst into hysterical laughter. I was wearing two completely different shoes. One hiking shoe in preparation for our Sapa hiking and one worn, disintegrating high school sneaker that hadn't been worn in over 10 years. I didn't even know I still owned them! Apart from thongs, these were my only shoes for the trip. With no time to purchase a new pair between landing and trekking, I purchased some gumboots at Sapa markets which did the trick... sort of... Fail. How did I not notice? Spending two months travelling through Africa was a dream. We made our way to Namibia and to the adrenaline filled town of Swakopmund. I registered for sky diving and quad biking. The sky diving went without a hitch and it was now onto the quads. As we zoomed over the rolling orange dunes, I forgot to back off on my throttle as we rounded the top of a dune and flipped my quad bike over and over and over and down I went. Almost 100m over the edge, down a sand dune and knocked myself unconscious. Not only that, but I cracked three vertebrae (which I didn't know until I got back to Australia) and did severe nerve damage to my arm. Fail. Luckily we had two doctors and a nurse in our group - check out my sand beard from my face plant!

Now this sounds like an odd combination of countries but I have kept them together because this trip was just a complete disaster for me. On the first night in Seoul, we took our group to an underground bar playing vinyl. There was a pole in the middle of the room and after a few drinks, the pole beckoned. When Miley Cyrus' Wrecking Ball' belted out, I took it as my cue to swing around the pole. What I didn't see were the bolts going straight through the pole. Here is the pole and here is my arm afterwards. Fail The following day, we flew to Kenya. Two days into the trip, with my arm producing the colours of the Masai Mara, I was not feeling too good. We had to keep pulling over to I could be embarrassingly sick out the side of our vehicle and when we got to our lodge, I had to surrender to bed while my group went game viewing without me. I managed to stumble to dinner that night and everyone was surprisingly quiet. I asked how the game drive went, they all just mumbled 'good.' Something was up. This is what was up... No-one wanted to tell me that I had missed out on THIS! Didn't miss much while I was rocking myself in a corner...

The rest of the trip seemed to go smoothly until we were driving to a dirt airstrip in the middle of a national park - surrounded by predators and this happened... Fail. 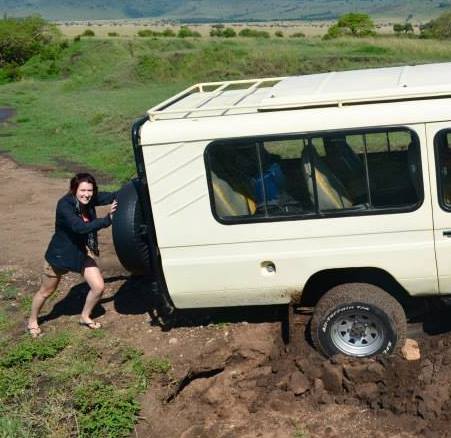 Finally we made it to the airstrip and then connected to our flight home where I randomly became extremely ill again. When we landed back in Seoul, the group were pumped to witness the cherry blossoms that were now blooming. I was told to stay on the plane and then was met by 4 crew who carried me into a wheel chair and wheeled me through the airport. Mortifying. Fail.

In China, my group and I were travelling on a Yangtze River Cruise. There was a doctor on board offering traditional Chinese medicine treatments and having had a bit of dodgy stomach I ventured to the doctor to see if he could help and this is where I was introduced to the practice of 'Cupping'. I will let the picture do the talking - my stomach was bruised purple for three weeks. Fail. I won't put an image of this up, but just tell you that whilst in Wadi Rum, I had taken off my thongs to climb a sand dune for sunset. Out of the entire vast expanse of desert, a tooth pick was in the sand and went straight through my foot and lodged itself there. All the way in there. Fail.

In Wadi Khalid, I was swimming with some locals who asked me to follow them as they climbed up a waterfall. My husband was standing above capturing some footage (see the guy in black in the below shot in the distance) and for a while there, I felt as sure footed as a mountain goat. Just when I was almost at the top, one of the boys offered my his hand to haul me up. Feeling a little over confident, I declined his generous offer and tried to climb the last hurdle on my own. Sadly I didn't make it. I slipped and bashed myself against the rocks several times as I scrapped down the rock face and fell limply into the water - the boys faces frozen in horror as I tried to say I was ok between telling myself 'don't cry, don't cry, don't cry' as pain shot through my whole body. Fail. It looks beautiful, but right now my eyes are full of tears

Pentecost Land Diving - such a fascinating cultural ritual - I had to see it for myself. I flew to Port Vila and the next morning went straight to Pentecost with my husband. It was the second week of the month long festival where each Saturday the land diving takes place. On arrival, we were walked to the towering structure of vines where the locals hurled themselves face first towards the sloping ground. Admiring the structure, we snapped photos and spotted locals wearing nothing but nambas (a traditional penis sheath) hiding in the bushes waiting for the festival to begin. We heard shouting and banging in the surrounding jungle thinking this was all part of the procession. Next thing, we were being shouted at by our pilot to get back to the plane as a mob of villagers came bursting through the jungle with machetes. Half chased us, the other half went straight to the Nagol tower and hacked it to the ground. There was no more land diving for the season at Nagol. Fail. Nagol Tower, Pentecost land diving - moments before the villagers came through and destroyed everything 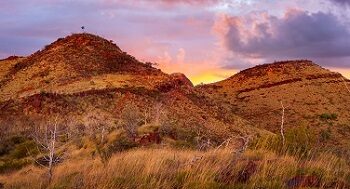