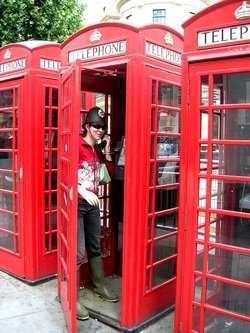 Did someone say tourist?

We all know which one we would like to be or which one we think we are, but what category do you really slot into? It is an age old question but what really separates the travellers from the tourists and more importantly, does it really matter?

They arrive in hordes, overrun places, ruining them many people would say. They savour waterparks and English speaking restaurants, menus with photographs of what their potential meal will look like. They have their hair braided in Kuta, henna painted on them in Dubai and wear Hawaiian shirts in Hawaii.

Tourists work hard for their holidays. They save, plan and want to be rewarded for their efforts in the lead up to a getaway. They don’t want buses that don’t turn up, food they can’t eat, people who don’t understand them. They like organised tours because they don’t have to think. They stay in clean hotels, because they don’t want bedbugs. They want to be where people don’t beg, where food doesn’t get poisoned and where they can relax drinking a cocktail out of a coconut. Everything works the way it's supposed to when it’s supposed to. 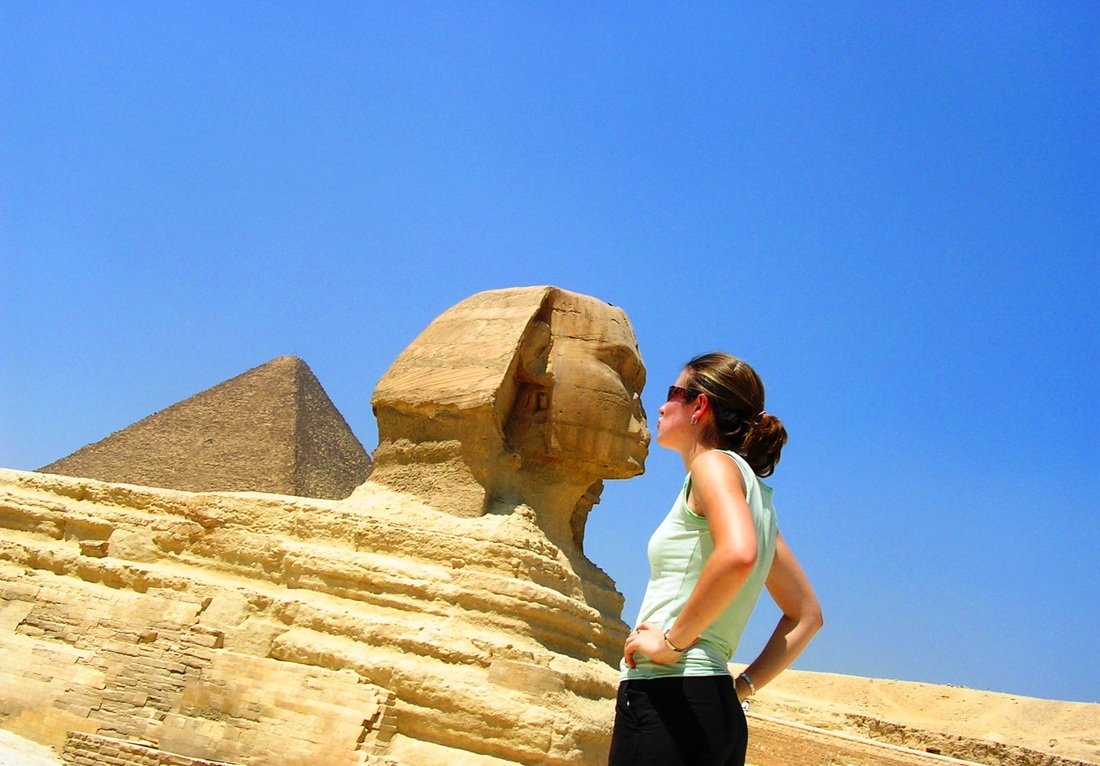 Tourists are quite often easy to spot. They carry cameras absent mindedly  complimented by a guide book or map and dress the same way they would at home making them standout and easy targets for touts, pick pockets and gimmicks. Tourists tend to stick to their comfort zones, major cities and where amenities are similar to what they have back home.

Tourists are also often restricted by time. They snap photos of themselves at all the major monuments to take home to prove they were there. They take home momentos and regale with impressive landscapes and beach shots. 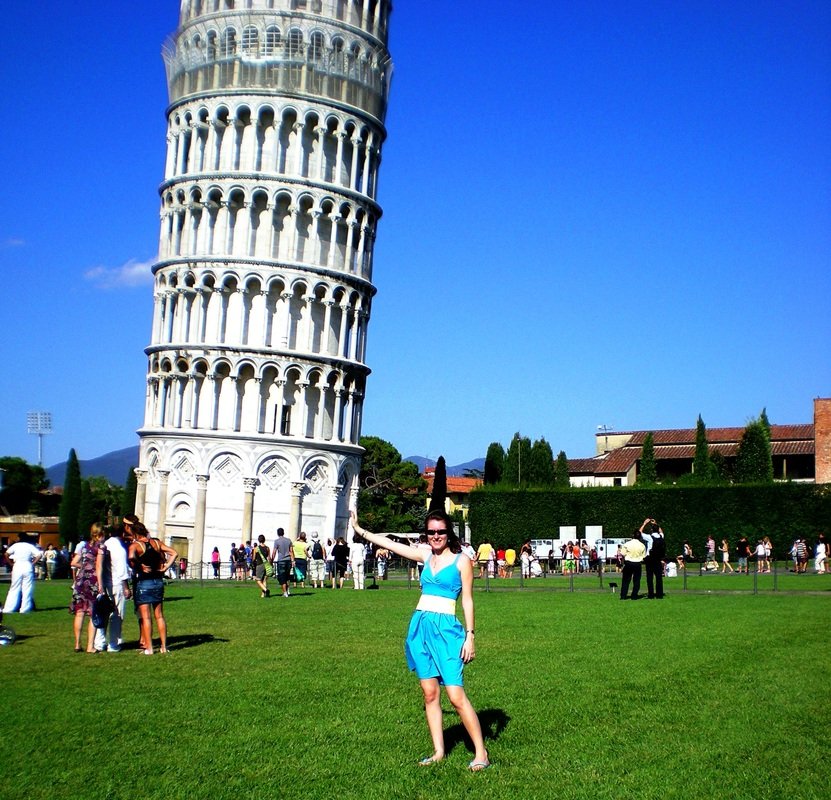 So cheesy. This is the worst!

Travellers don’t do coach touring, or Costa Del Sol. They seek the authentic and all that is hidden. They are brimming with stories of unplanned adventures and unexpected encounters.

You won’t find a traveller at the Eiffel Tower or the Colosseum, travellers yearn for the rarely visited, preferably requires a cool looking visa type destination, even if the destination turns out to be a complete fail.

A traveller likes to think that they go places where tourists don’t. Travellers sacrifice things like relaxation for the opportunity to experience something they haven’t seen before. They will tolerate unclean rooms, weird food and language barriers, no amenities and cold water or no power. In return for this, they often have amazing, sometimes frightening but always fascinating experiences. Those who tend to get bored easily, seem to be more of the traveller type. 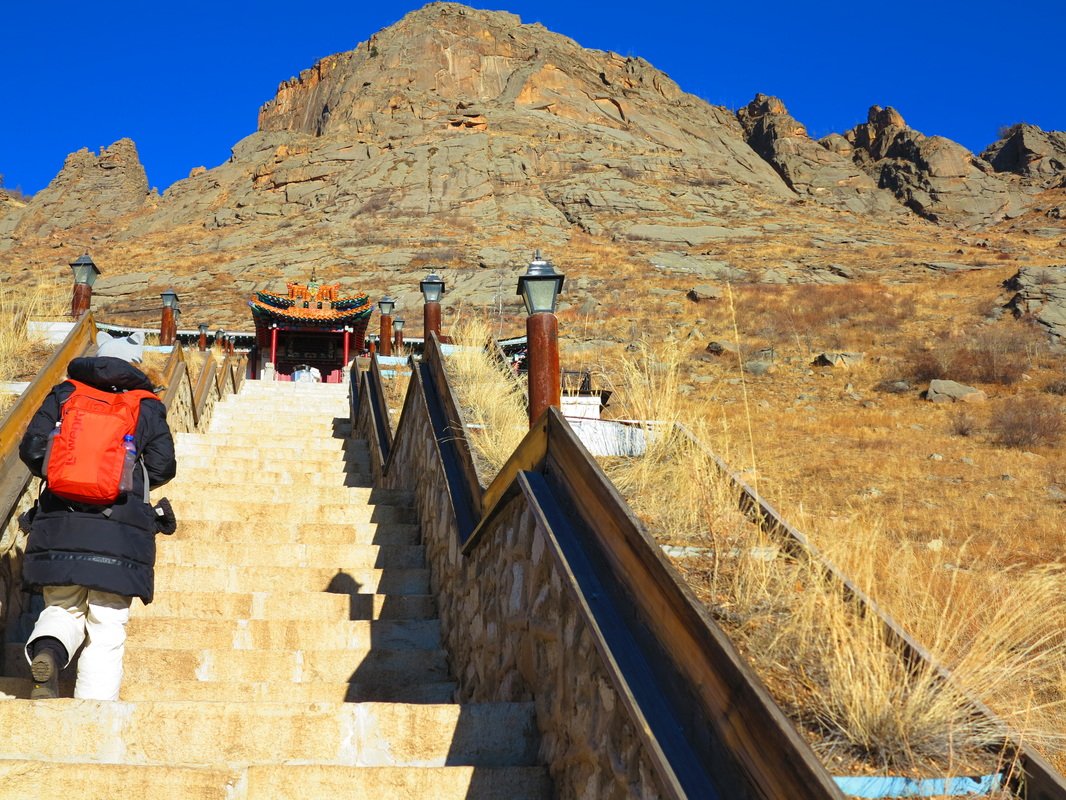 Travellers immerse themselves in a local culture rather than standing out. They explore areas where tourism doesn’t drive the economy and venture off the beaten track. They interact with locals and want to learn new things each day. They consider their travels a journey rather than a vacation. Travellers don’t feel the need to rush. They have a vague list of places to visit, but the essence of the experience is the journey and how you get there.

Moments of fun, interaction and spontaneity are what give travellers satisfaction. Hearing stories from local people is what excites you. Travellers are like a sponge. They absorb what is around them, they accept the world for what it is – imperfect, incredible and immensely different. 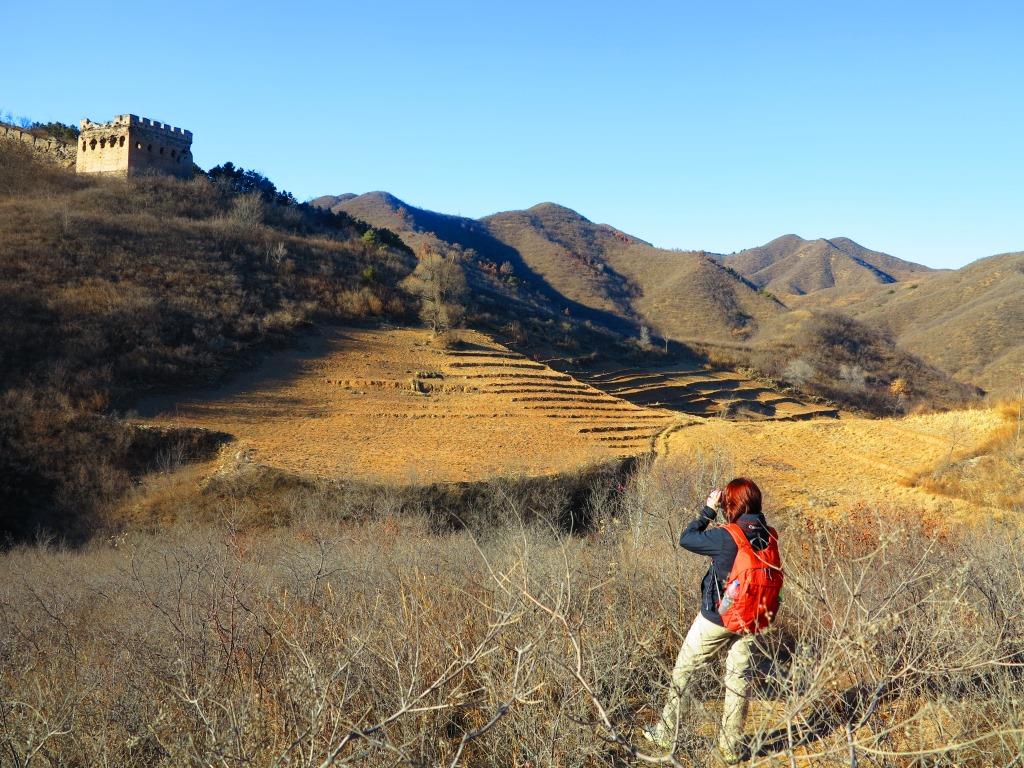 Veering off the beaten track for that non touristy shot

Upon some research I came across a quote by another blogger who quite simply defined the two as: ‘A tourists is an amateur traveller and a traveller is a professional tourist.’

What do tourists do that travellers don’t?

Tourists conduct extensive research and make a list of things to see and do, ensuring that their time away is well spent and not wasted. Tourists tend to have a mission when they travel. This leads me to the example of a photographic tourist. Being a Sydney sider, I set out to travel on one of the most ‘touristy’ ferries in town. The Circular Quay to Manly ferry. I sat and watched as we pulled out of the harbour as the tourists on board all crowded on the rear of the ferry – they happily snapped their photos of the Harbour Bridge and took selfies in front of the Opera House and it was all over within minutes. They had taken their snaps and were ready to move on. By the reaction of the majority of those on board, I would argue that apart from heading to Manly beach, their singular focus would have been to take a quick photo of those iconic sights and now it can be checked off their ‘Must See’ list of Sydney. I highly doubt any of them at all would take the time to explore the Opera House and learn of its meaning, history or significance – same with the Harbour Bridge.

There is a famous quote which supports this notion ‘The traveller sees what he sees, the tourist sees what he has come to see.’ 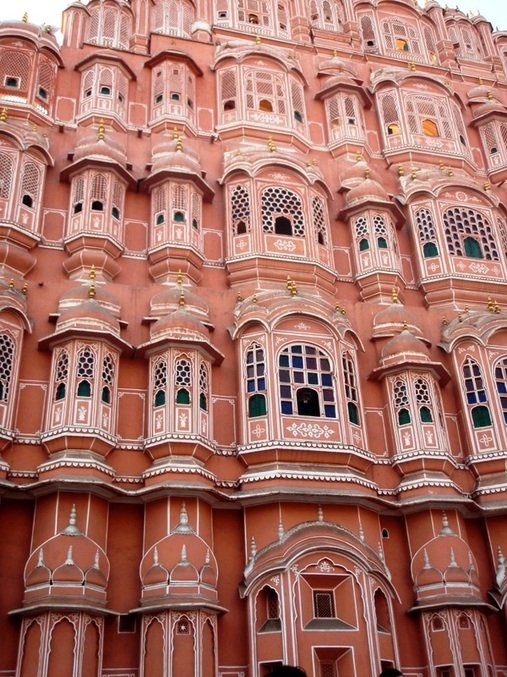 Another clear identifier to me of the difference between a traveller and tourist is the way one reacts when returning home. Do you A) Begin planning for your next holiday, B) Start uploading your photos to social media, or C) Reflect on the experiences you have had.

For myself, and I classify myself as a traveller, I spend many weeks reflecting on my travels before I even consider putting up an album on my personal social media accounts. I think about what I learned on my travels, what I got out of it and then the images I select for sharing reflect just that. 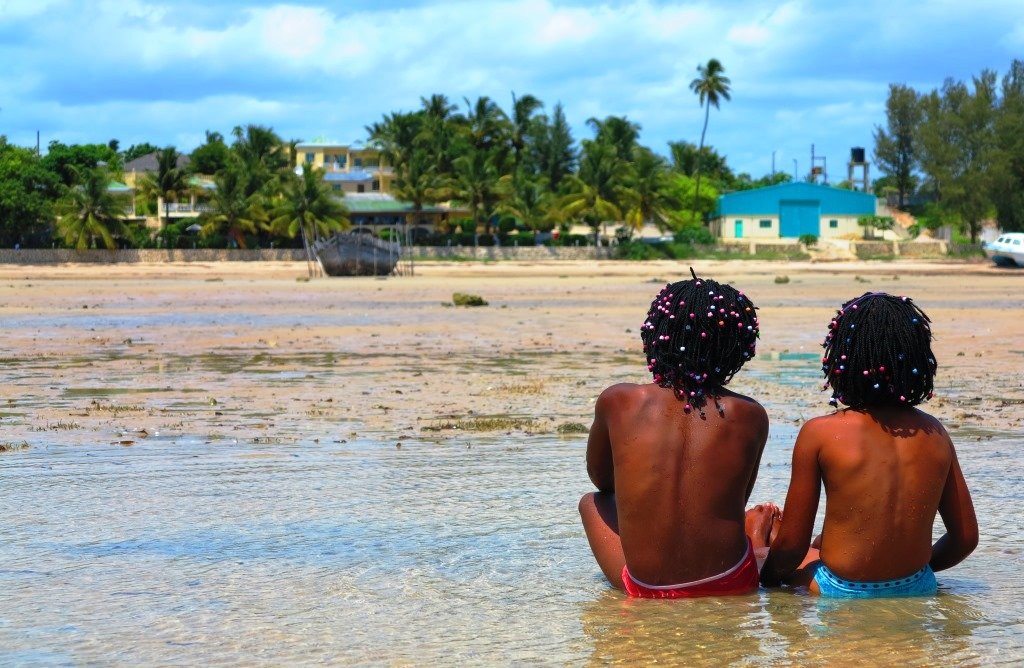 The use of down time on a vacation also often clarifies those who are tourists vs travellers. Do you enjoy reading a book by the hotel pool or people watching in the lobby? Staying within the confines of your hotel or resort, often points to ‘tourist’. For the traveller, down time is spent wandering nearby streets, no matter what the weather conditions to really get a taste of local life as well as providing a sense of discovery.

Touring is a great way to pick the tourists and travellers. Those who stamp their feet and demand a refund when things do not go according to the scheduled itinerary are definitely tourists. Even those who are mildly annoyed by this also fall into the tourist category. There is nothing wrong with this at all. Your main reason for travelling is to see the places you have dreamed of. You have expectations. If you are a go with the flow and whatever happens, happens type, then you are probably a traveller, who is on a journey, wherever it leads. 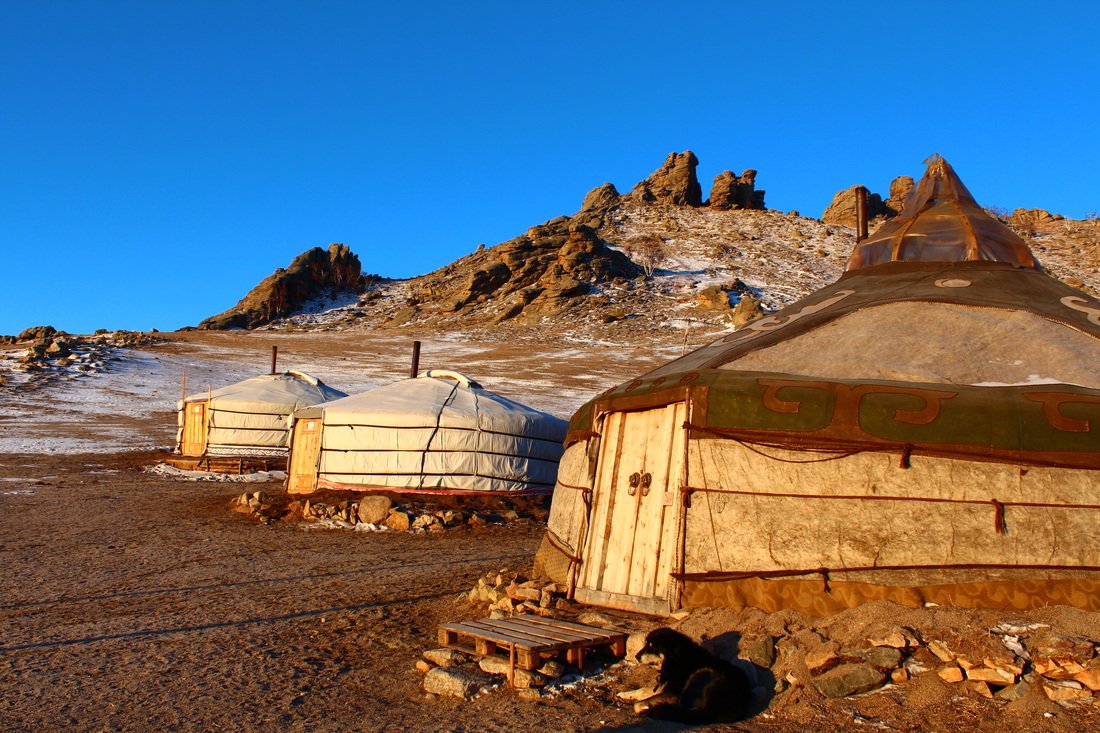 What about when planning a holiday? Do you choose your next destination based on visiting somewhere as far and as culturally different as possible to your own life? If you answered yes, you are a traveller.

However in saying all of the above, travel experiences are not mutually exclusive to the tourist or traveller. Yet the shudders of the word ‘tourist’ remain, and people scorn at the idea of visiting a ‘tourist trap’ when really we all have to start off as tourists at some point, don’t we? Look at me, the first three images of this blog are me as a massive tourist on my first overseas stint. 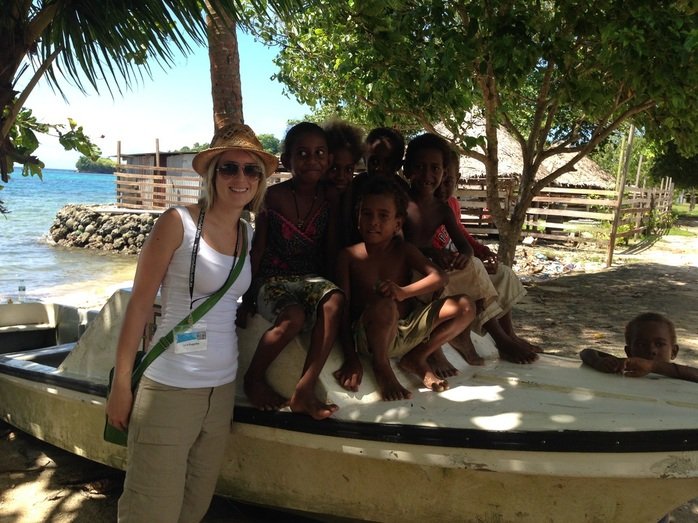 But how can you be a better tourist? You want to earn some respect from the locals, so take these few tips and use them on your travels. Firstly, leave the white sneakers at home and spend some time researching how locals dress, then pack accordingly.

Don’t be ruled by a guidebook. Find some English speaking locals and obtain their advice on what sights you should see. You may discover something truly amazing that no guidebook would tell you. Explore two blocks surrounding your hotel on foot and learn to understand the local public transport instead of taking group sightseeing tours. 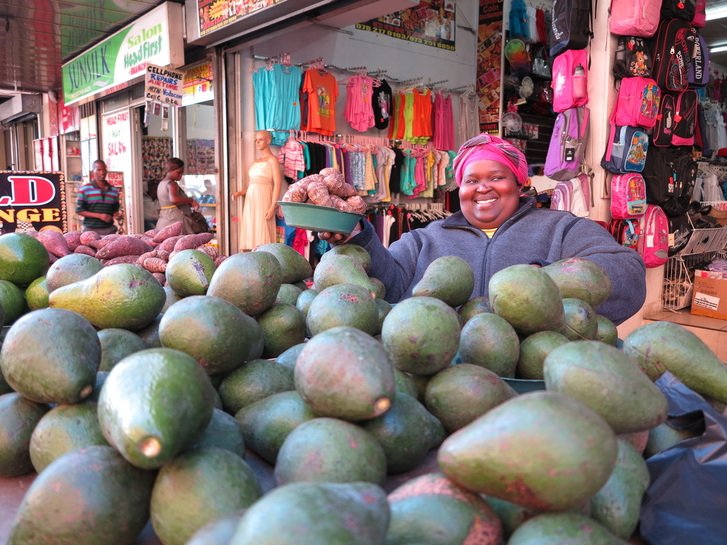 Mingling with the locals in the markets, Durban, South Africa

Many people deem travel as a sort of competition if you will, a global collection of points and bragging rights to hold over others who haven’t had the same experiences. Surprisingly, there is real animosity  from many travellers who feel that others are not travelling ‘right’.

For me, being a traveller, I notice a vast difference between myself, locals and the tourists. I take on the role of an ambassador for my country, family and myself when I am abroad. I shudder and cringe when I see an angry irrational tourist demanding and expecting first world service. My insides wince when I see others protecting themselves with barriers from the unknown.

Whilst we all appear to be foreigners to the locals in the countries we travel in, sometimes I feel just as foreign to the tourists I meet.

Travel is purely an individual pursuit, there is no right or wrong. 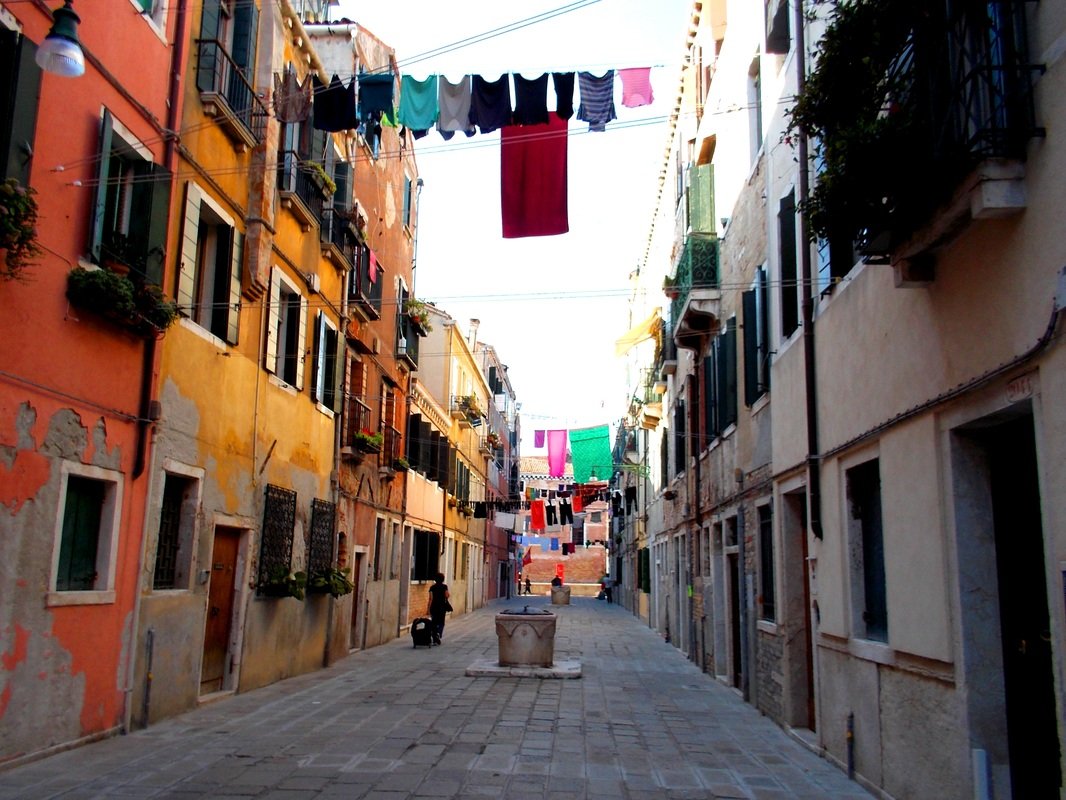 Away from the main streets in Venice, Italy