On December 25, 1991, the Soviet hammer and sickle flag lowered for the last time over the Kremlin, thereafter replaced by the Russian tricolour flag. Earlier in the day, Mikhail Gorbachev resigned his post as president of the Soviet Union, leaving Boris Yeltsin as president of the newly independent Russian state and 15 republics gaining independence.

The countries today that are former USSR republics are Armenia, Azerbaijan, Belarus, Estonia, Georgia, Kazakhstan, Kyrgyzstan, Latvia, Lithuania, Moldova, Russia, Turkmenistan, Ukraine and Uzbekistan. After the initial shock of transforming from communist to market economies, most started to recover only to face further financial crises or armed conflict - or both.

In this week's blog post, we going to explore a few of these countries and what life is like today, post-communism. Read on to learn more about Azerbaijan, Armenia, Belarus, Georgia and Ukraine.

Oil-rich Azerbaijan has redefined itself over the past two decades from a struggling newly independent state to a major regional energy player. Located on the border between Asia and Europe, Azerbaijan has one of those cultures which is particularly difficult to define as it is a Caucasian country with a large Turkish and Iranian influence, that used to be part of the Soviet Union, so the end result is a mix of opposed cultures. 95% of the population are Muslims, with the majority identifying as Shia Muslim making Azerbaijan the country with the second highest Shia population percentage in the world after Iran.

Deals with international energy producers have allowed the country to use its energy revenues to create a government-run fund involved in international projects. It has also used its resources to rebuild its army, which is seen as a government priority as the country grapples with the breakaway territory of Nagorno-Karabakh. Despite its wealth and increased influence in the wider region, poverty and corruption continue to overshadow the country's development. Explore Azerbaijan with us. 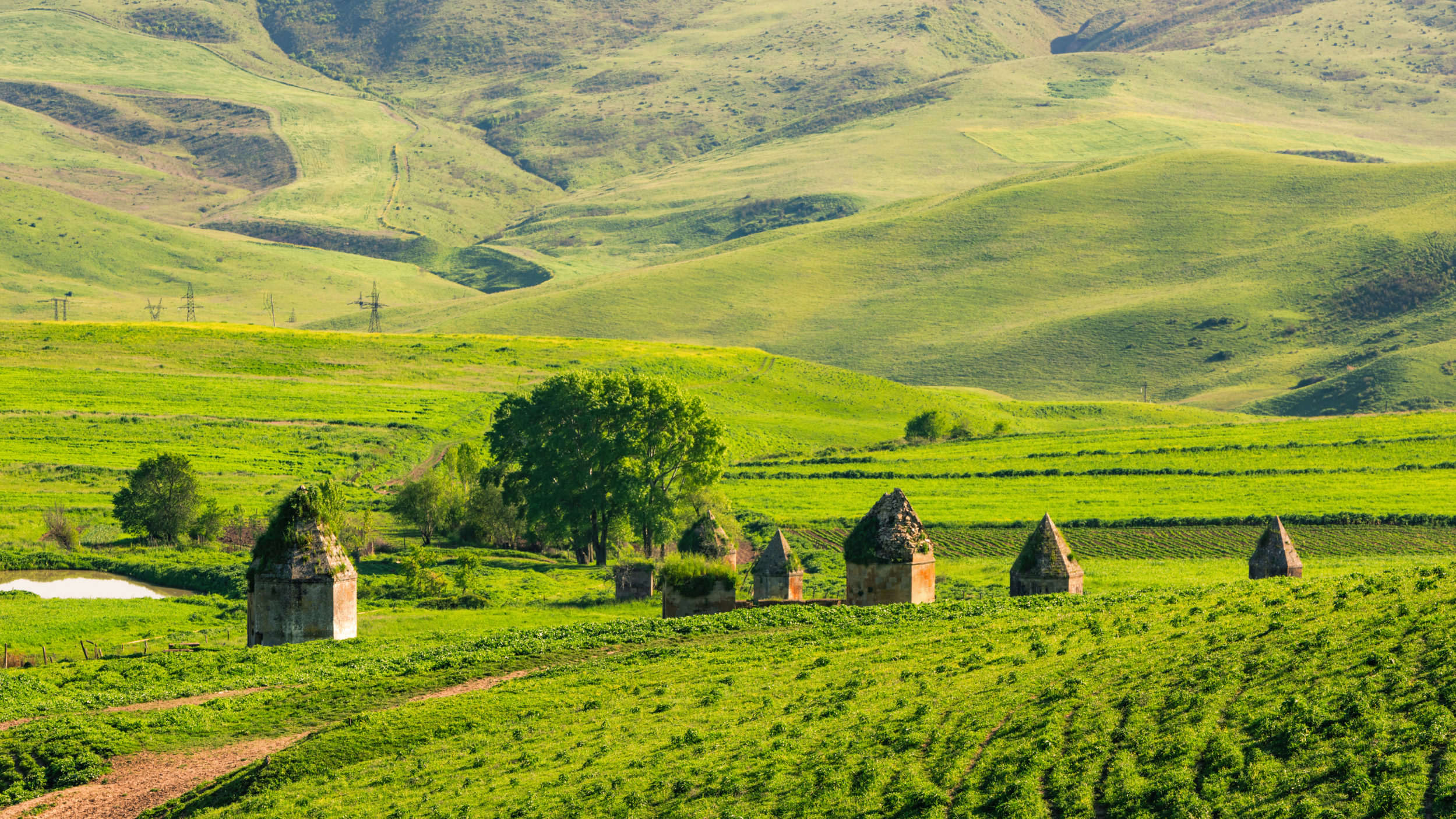 Armenia is the only country remaining from 3,000 year old maps of Anatolia. It became the world's first Christian country more than 1,700 years ago in 301 AD and has a large Diaspora all over the world. As a former Soviet republic lying in the Caucasus region straddling Asia and Europe, Armenia has a rich and ancient culture. Situated along the route of the Great Silk Road it is a landlocked country of rugged mountains and extinct volcanoes, located between the Black Sea and the Caspian Sea and the smallest of the former Soviet republics.

Plagued with a history of genocide, corruption and other events that have taken their toll, the 2018 election and appointment of a new Prime Minister is taking Armenia forward in a positive direction. The election of Nikol Pashinyan as Prime Minister in 2018, the country has experienced an exorbitant amount of welcome change. However, recovering from years of corruption is not something that can happen overnight or at the hand of just one man. Explore Armenia with us. The present borders of Belarus were established during the turmoil of the Second World War and this former Soviet republic was occupied by the Nazis between 1941 and 1944, when it lost 2.2 million people, including almost all of its large Jewish population. Belarus has been ruled with an iron fist since 1994 by President Alexander Lukashenko, who in 2015 went on to win his fifth election virtually uncontested. Opposition figures are subjected to harsh penalties for organising protests and in 2005, Belarus was listed by the US as Europe's only remaining "outpost of tyranny".

In the Soviet post-war years, Belarus became one of the most prosperous parts of the USSR, but with independence came economic decline. President Lukashenko has steadfastly opposed the privatisation of state enterprises, and the country is heavily dependent on Russia for its energy supplies. The initial burst of economic reforms included privatisation of state enterprises, creation of private property rights, and the acceptance of private entrepreneurship. But by 1994 the reform effort dissipated and today about 80% of industry remains in state hands, and foreign investment has virtually disappeared. Explore Belarus with us. Georgia was absorbed into the Russian Empire in the 19th century. Independent for three years (1918-1921) following the Russian revolution, it was forcibly incorporated into the USSR until the Soviet Union dissolved in 1991. After the Soviet Union collapsed, Georgia experienced the most dramatic peacetime economic decline in human history – a 75% drop in the Gross Domestic Product. As well an economic decline Georgia has had a turbulent post-Soviet experience, beset by separatist conflicts in two territories, Abkhazia and South Ossetia, and ravaged by a civil war that left the capital, Tbilisi, in ruins.

Constitutional amendments introduced in 2013 weakened presidential authority in favour of enhanced powers for parliament. Georgia completed negotiations on its initial European Union association agreement in 2013, placing the country on a firmer path towards full membership. Strategically located on the Black Sea coast as a gateway to central Asia’s energy resources bypassing Russia, Georgia signed an Association Agreement with the EU in 2014 that includes a free-trade pact and gained visa-free travel to many countries in 2017. EU support for Georgia's visa liberalisation is viewed as a significant geopolitical achievement among officials and civil society activists who have been strong voices for European integration. Explore Georgia with us. With a coastline at the Black Sea and the Sea of Azov, Ukraine is bordered by Russia in northeast and east, Belarus in the northwest, Poland and Slovakia in the west, Hungary, Romania, and Moldova to the southwest. Ukraine covers an area of 600,000 km² making it the second largest country in Europe after Russia.

Rich in natural resources, Ukraine has been fought over and subjugated for centuries. A short-lived independence from Russia (1917-1920) was followed by brutal Soviet rule that engineered two artificial famines (1921-22 and 1932-33) in which over 8 million died, and World War II, in which German and Soviet armies were responsible for some 7 million more deaths. Although independence was attained in 1991 with the dissolution of the USSR, true freedom remains elusive as many of the former Soviet elite remain entrenched, stalling efforts at economic reform and privatisation. Explore Ukraine with us. Looking for a more authentic travel experience or want more information on the above? Make this experience yours, Contact Us today for off the beaten path travel inspiration!