2018 is here and we know what that means! It's now time to start planning your next travel adventure. Ignore the standard tourist traps and overused hot spots and set out to find some of the most unique and unexplored experiences for 2018. From ancient Roman ruins in Lebanon to reindeer festivals in Mongolia to hunting with pygmy tribes in the Central African Republic, our travel experts at Crooked Compass have picked their top experiences for 2018! 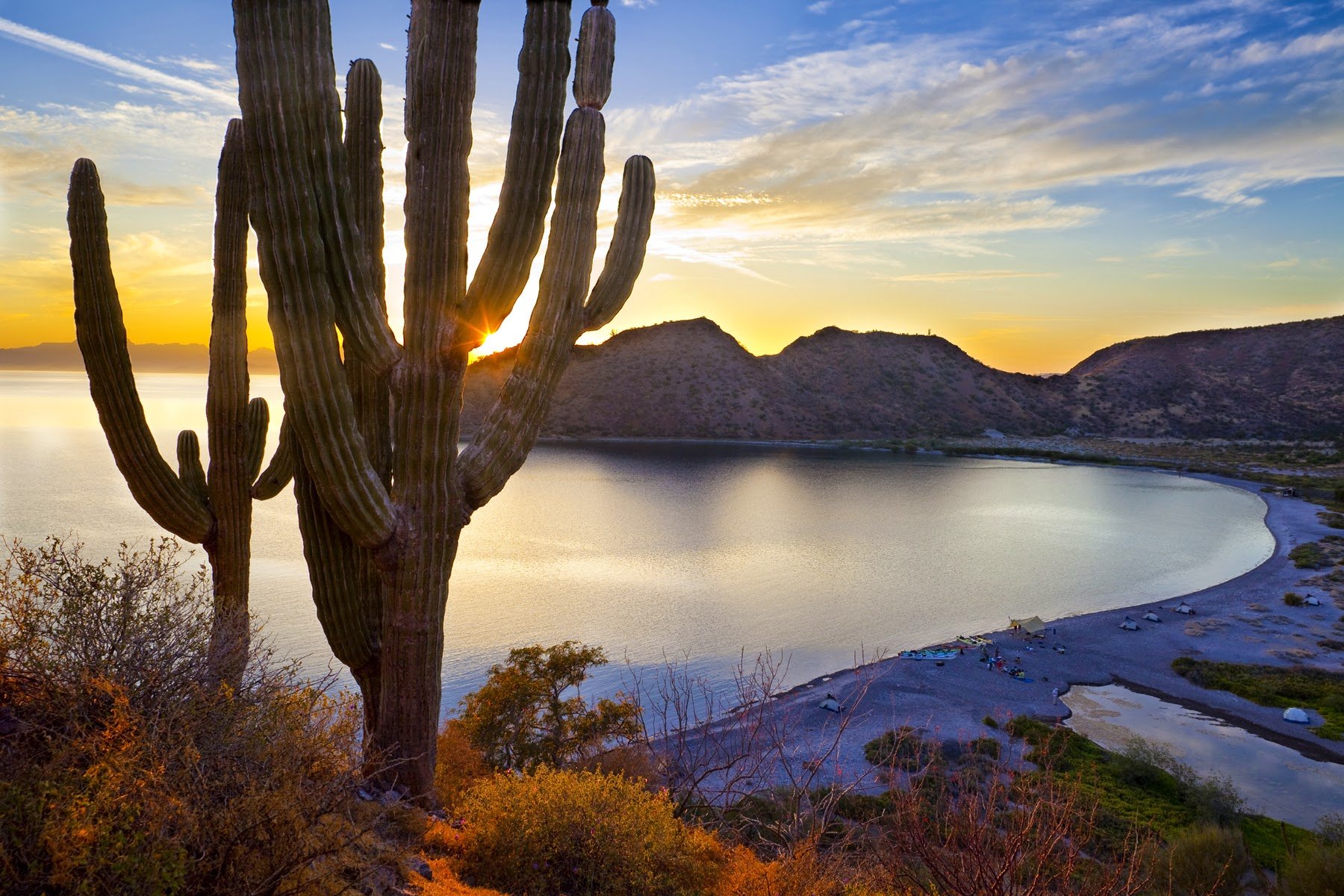 Sunrise on the Baja Peninsular

Now 10 years free from war, Lebanon is quickly becoming one of the Middle Easts top destinations to venture to.  One of the most picturesque and ancient cities in this region is Tyre, a Phoenician coastal city that grew wealthy during the 8th Century BC due to her immense naval power and far-reaching, prosperous colonies such as Cadiz and Carthage.  Tyre is home to dozens of UNESCO world heritage sites including; the spectacular triumphal arch, public baths and the Roman-built hippodrome which once held up to 20,000 spectators. Tyrian merchants were amongst the first to navigate the Mediterranean waters in search of new colonies to trade with, establishing trading ports in Greece, Tunisa, Spain and Sicily.

Visiting Tyre will inspire images of an ancient land that was once the most powerful naval force in the Mediterranean. What is even more interesting is that, according to legend, the Phoenician's discovered the purple pigment at Tyre and were the first people to use this in their clothing. The Surma tribe are so remote that it can take up to five days to reach them by car from Addis Abba. Surma is a name given to a variety of ethnic tribal groups living in the heartlands of Ethiopia, the Mursi and the Suri being the largest of these. The Mursi tribes are known for their body scarification and (among the women) the wearing of lip plates. This fascinating culture provides an insight into the interesting lives of our long lost ancestors, who still rely on hunter-gatherer methods to provide their families.

The practice of wearing lip plates began during the 19th century when European colonisers where first settling in the region, often catching the local girls and selling them on the slave market. To counteract this dreadful act of child abduction and slavery, the men of the Mursi had the idea to make the girls start wearing lip plates in the hopes this would make them less appealing to the foreign invaders. The raids slowed down and over time stopped altogether, however the practice of wearing lip plates did not and now the Mursi tribe are one of the last in Africa to keep this tradition.

Next on our list of the best experiences for 2018 will take you into the heart of Africa, to Dzanga Sangha National Park in the Central African Republic. Exploring Dzanga Sangha is a privileged experience as it is one of only three locations in the world to track the rare Western Lowland Gorillas. The population was devastated by the Ebola crisis in 2014 and is only slowly beginning to repopulate with the help of conservationists.

Spend the day trekking through the magnificent Dzanga Sangha National Park in search of these elusive beasts and learning from your local guide about the threats to survival that the gorillas face and what conservationists are doing to reverse the drop in their population. Whilst the Central African Republic has had its civil confrontations over the last decade, Dzanga Sangha has been unaffected due to its isolation from the countries power bases and its importance as UNESCO world heritage status and the tireless assistance of the WWF. 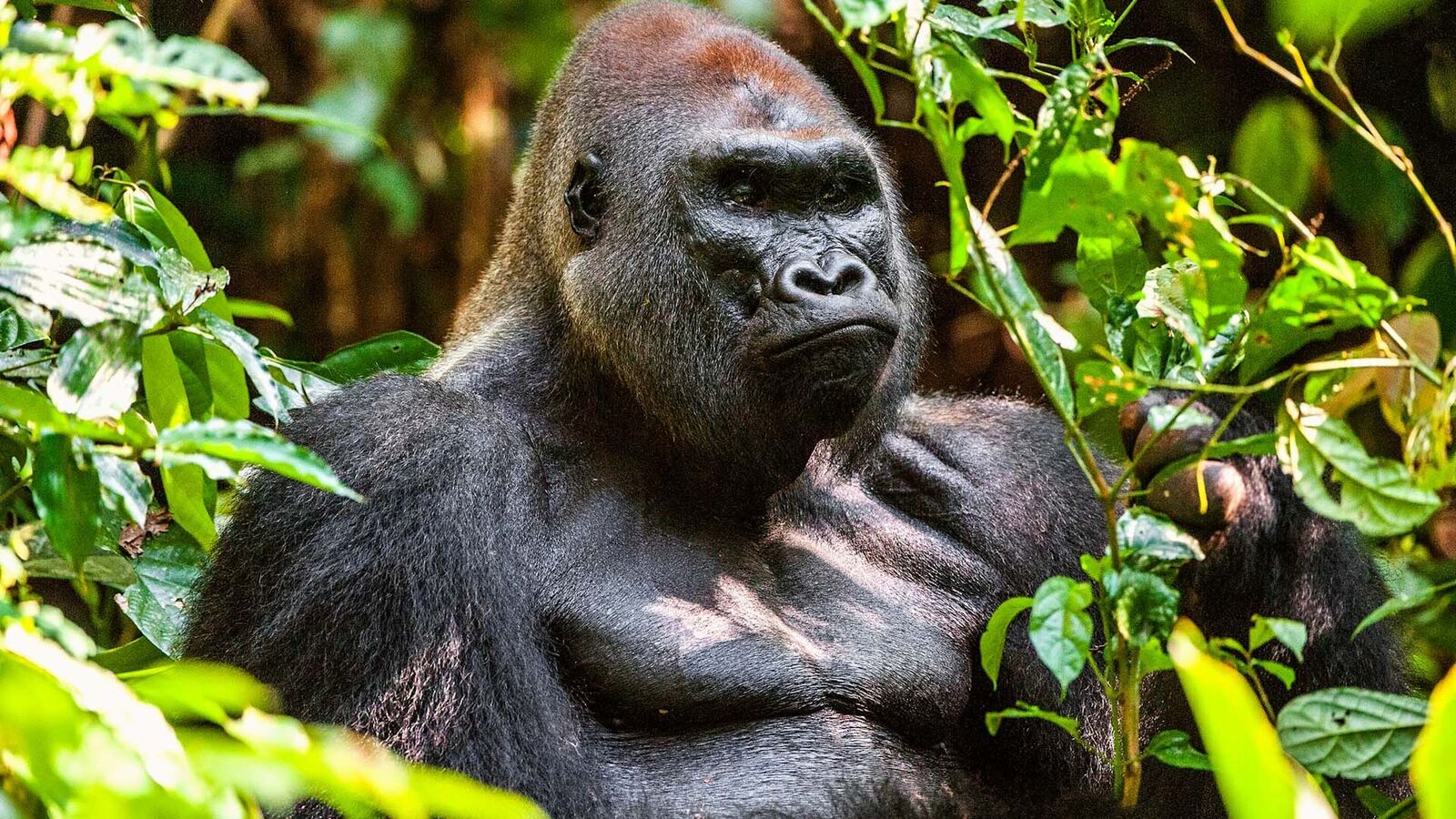 Deep in the forests of Odisha, on India's eastern coastline you can find some of the most fascinating tribal cultures in the world - the Bonda people. The Bonda are known for their unique culture and traditions, and are identifiable by their distinctive clothing. The Bonda tribe can be split into two categories, the lower Bonda and the upper Bonda, the second of these groups having almost no interaction with the outside world. Outsiders are not welcome to their village as it considered to be a place of religious significance, so the only time you can witness the Bonda tribe is during their weekly market. Members of the Bonda tribe travel up to three hours by foot to reach the market, where they can trade a variety of products from fresh vegetables to live chickens.

The Bondas have fiercely resisted—perhaps more than any other tribal group—all attempts by the state to “develop” them. Nowhere is this more apparent than in the way their women dress, something now attributed to an episode in the Ramayana. They believe Sita, consort of Lord Rama (incarnation of Vishnu), was bathing at a pond in the Bonda hills. Seeing her naked, some Bonda women laughed. This earned her wrath and she cursed them to a lifetime of ignominy whereby they would remain naked and have their heads shaven. The Bonda women pleaded for mercy. Taking pity, Sita tore off a piece of her sari and gave it to them. This account explains why the Bonda women shave their heads and wear a tiny piece of cloth called ringa around their torso, and cover their upper body with strings of stunningly multicoloured beads.

It is estimated that their are only 6,000 members of the Bonda tribe remaining, with many of the younger generations opting for a more modern lifestyle. With their population declining, now has never been a better time to visit this unique culture. The Tsaachin tribe or Reindeer People are a diminishing nomadic tribe with an estimated number of only 200-400 people left spread across 100sqkm of northern Mongolia. The Tsaachin or Tsaatan’s entire existence is based on their reindeer herds which provide them with milk for producing cheese, antlers for carving and medicinal purposes, transportation and on the odd occasion, meat. The Tsaatan Reindeer Festival aims to spread the unique livelihood, culture, traditions and customs of shamanism of the reindeer people, improve their living standards, increase their income and protect the reindeer's, which have been decreasing in recent years. Over the two day festival there are a variety of ceremonies and activities that you can join in or watch from the sideline.

Enjoy watching the festival events including a reindeer racing competition, parade of reindeer herders, traditional wrestling and archery shooting competition. Local hand craft souvenirs made by reindeer skin and bones and local cashmere are sold at the festival. Other ceremonies and activities at the festival include; Darhad folklore songs, the reindeer march, shaman rituals, fire worshipping and reindeer polo. Visit the Tsaatan Reindeer Festival in 2018 with Crooked Compass! A Tsaatan reindeer herder tends to his flock.

With most experiences on the this list overseas, it is easy to overlook Australia.  Arnhem Land is a vast wilderness area in the northeast corner of Australia’s Northern Territory, and is home the traditional landowners, the Yolngu people who make up the majority of the population for the region. The Yolngu people are based in the Bawaka Homeland, here you can find indigenous families that still use traditional methods to live of the land as they have been for over 40,000 years.

Visiting this region will provide you with the unique opportunity to learn the Yolngu language, immerse and participate in cultural activities such as traditional food gathering activities, traditional craft activities and learn traditional dance whilst taking in the stunning landscapes that surround East Arnhem Land. The Yolngu are widely regarded as the most culturally intact Aboriginal nation in Australia and as a result a major focus of tourism activity in the region is cultural awareness or immersion experiences.

For those more active, venture where the vehicles can't go and where the lands are only trodden by locals (and well, now you of course!) Hiking through moonscape lands, mingle with shepherds and their herds, marvel at archaeological remains and stare in awe at cones of dormant volcanoes.

Relax those muscles in the natural hot springs, as you soak up this fragile environment. Dine beneath a black sea of sky littered with twinkling stars, perhaps more vivid than anywhere you have seen before.

Make these experiences yours! Learn more by exploring our range of small group tours.