So you've been everywhere - travelled through the highlands of Papua New Guinea, explored the lowlands of Siberia, trekked off the beaten path in the Caucasus and slept under the stars in the Moroccan desert. We often meet travellers that are looking for inspiration to explore a destination that is new and experiences that are offbeat. We are challenging curious and sophisticated travellers to think differently about four destinations not commonly found on bucket-lists: Saudi Arabia, Sudan, Chechnya and Palestine. One of the world last true frontiers - tick! Misunderstood nation - tick! Only recently opened the tours to tourism - tick! An ancient kingdom loaded with intriguing history - tick! Well if all that is not enough for you to add Saudi Arabia to your bucket list then nothing is. A country rich in symbolism and pre-Islamic treasures, Saudi Arabia also delivers on out of this world landscapes and an impressive capital city, Riyadh, full of modern architectural marvels. Saudi Arabia is home to a diminishing tribe - the colourful Flower Men of Tihama. This unique tribe ignore the modern ways of life and prefer to follow their own traditional practices. On Day 6 of our small group tour, spend time with this tribe. Learn about how they dress, how they live and also how they celebrate special occasions. Without a doubt, Saudi Arabia is the “what’s next” destination for the curious-minded voyager. The old town of Jeddah on Saudi Arabia's Red Sea

Think Egypt has the most ancient pyramids in the world? Think again. Its southern neighbour Sudan, which also stands on the banks of the Nile, is untouched by mass tourism and brimming with history. Home to some of the some of the most romantic archaeological sites in the world, among them several whole fields of pyramids. Commonly perceived as dangerous, Sudan is currently transitioning to a civilian led country, meaning new opportunities and freedom for its people making it the most exciting time to visit! 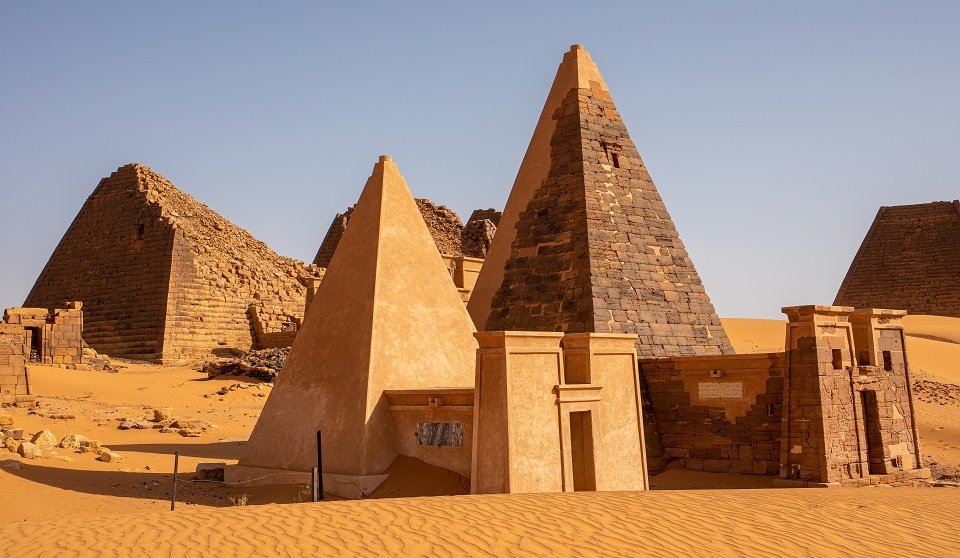 For the few travellers who venture here, Sudan comes as a fantastic surprise. Rugged terrain, golden pyramids of godlike kings, sweeping hills of sand, welcoming locals, majestic sunrises and dramatic sunsets. There is no doubt that 2020-21 is an exciting time to visit one of the world’s oldest civilisations - is Ancient Nubia on your bucket list? Would you travel to Chechnya? Most travellers think of this region in Russia's south as a perilous war zone. But times have changed and autonomous region has progressed. A war zone only a decade ago, it is now one of the safest places in the country. Travellers who venture to Chechnya, now known as the Chechen Republic, will have the chance to experience breathtaking scenery and one of the last places not over-crowded by tourists. Head outdoors for superb trekking through the Caucasus amid soaring peaks, white-water rafting, bustling markets and the chance to learn about a fascinating culture that dates back as far as 12500 BC. Locals are extremely welcoming and eager to show how much their world has changed since the war. You may not have heard of the national dish, but we guarantee you won't forget it after trying it. Traditional Shashlyisk – a skewered meat marinated overnight in a high-acidity marinade like vinegar, dry wine or sour fruit/vegetable juice with the addition of onions, herbs and spices - delicious!

Mention the word Palestine and you be met with misconceptions and a misunderstanding around this destination. Our Walking in the Palestinian Territory itinerary is perfect for travellers seeking a clearer understanding of the Palestinian’s position and history. Venture well off-the-beaten track to explore this spectacular path through the Palestinian territory in Israel. Hike alongside shepherds herding their flocks, stay with local families who retain their old-world traditions and discover historical biblical sites of the Holy Land. Day 6 is a chance to tick off a float in the Dead Sea, the lowest point on Earth. The area is characterised by high annual temperatures, low humidity and high atmospheric pressure, while the air is extremely oxygen-rich. With the highest content of minerals and salts in the world, the waters of the Dead Sea possess anti-inflammatory properties, while the dark mud found at its shores have been used for therapeutic purposes for more than 2000 years. Make this experience yours and contact our team today!