Mountainscapes like you've never see before, sleepy villages inscribed with forgotten histories and forests where solitude is your only companion... Mridula Dwivedi shares with us eight lesser known Indian destinations you must visit in your lifetime.

From magnificent vistas of snowcapped Himalayan peaks and a misty Kerala hill station to a remote valley in Sikkim and in its crumbling ramparts tales from another century - choose from our list and treat yourself to a truly offbeat journey.

Fondly termed the Sleeping Buddha on account of its appearance, a breathtaking Himalayan panorama awaits you in Sandakphu. Cloaked in white, Kanchenjunga, Lhotse and Makalu - some of the highest peaks in the world - stand shoulder to shoulder at the heart of a stunning 180-degree canvas that places between them, the most magnificent peak of all - Everest. The highest point of Darjeelings Singalila range, Sandakphu, at around 11,941 feet above sea level, can be reached via a three day trek from Manebhanjan following a trail that snakes through India and Nepal. In January, you will find yourself surrounded by snow and might even come across a frozen waterfall or two. If you visit in spring, rhododendrons will greet you with explosions of vibrant colours.

Devikulam's attraction is part legend and part nature. Sprawling tea plantations and enchanting waterfalls lend a minty freshness to the hill towns tranquil aura. Surrounded by forests and several lakes including Mattupetty and Kundala, and Kuthumkal fall, Devikulam offers several hiking and camping spots. It is believed that Sita bathed in the Sita Devi lake here and locals say that the water of the lake possesses healing powers. Take a stroll along the unspoilt lakeside trail, soaking in the aroma of herbs and flowers and revelling in views of sprawling tea gardens in the valley below and dense forests above.

The trek to Kuari Pass - also called the Curzon Trail after Lord Curzon, who made the journey in 1905 - is a visually stunning experience. But its a challenging hike that requires planning and stamina. What the four day trek offers, however, is worth all that and more, beginning with Gorson Bugyal, a dazzling green meadow that greets you when you embark on your journey, to peaks like Kanda Devi, Dunagiri, Hathi, Ghori, Nilkantha and Chaukhamba making spectacular appearances along the way, should the weather permit. Snow fields, frozen lakes and dense forests follow, until you finally find yourself at Kuari Pass.

River Teesta meandering playfully in the distance, flanked on either side by snow-covered Himalayan peaks like Pauhunri and Shundu Tsenpa, and pine trees as far as the eye can see - Yumthang Valley (around 11,800ft) in north Sikkim is every bit a winter paradise. Also known as the valley of flowers, it is most vibrant in spring (April and May) but in winter, it makes for a spectacular snowscape, with azure skies brilliantly off-setting a pristine white carpet of snow, and offers great options for skiing. But do check weather forecasts before you set out.

Lined with tall palm and coconut trees, the sprawling beach of Talasari is delightful company in itself - besides the red crabs near the Subarnarekha river, Talasari's white sands are among the less populated  of Odisha's beaches. If you visit during high tide, you'll need a boat to get you across the backwaters to the beach. Do visit the popular fishing village and the fresh fish market. The famous Chandaneswar temple is located nearby.

A quiet little village in the Kangra district, Kareri is heaven for anyone seeking silence and peace of mind. The village is best enjoyed if book a homestay, soaking in the local lifestyle and culture through conversations over crackling kitchen fires. To get here, you can hire a taxi from Dharamsala. When you arrive at the village, the Dhauladhar range greets you with a panorama so breathtaking, you'll find it hard to look away! It is possible to trek to Kareri lake, a perfectly elliptical glacial lake 3.2km away, with the help of the villagers. The lake is frozen over from November to March. 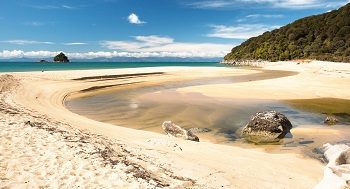 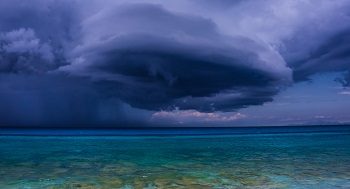 Under Tagai’s Gaze: Sailing in the Torres Strait Islands 9th June 2020
Please enter your email address and your itinerary will download automatically.