Dramatic mountains, active volcanoes, walkable glaciers and icefields, geothermal pools and a practically endless coastline – welcome to Chile! If you are looking for one of the best places on earth to experience adventure then a trip to the longest country in the world should be added to your bucket list. Stretching along South America’s western edge, with more than 6000km of Pacific Ocean coastline to the west and the magnificent Andes mountain range to the east. Chile stretches over 4,300 km (2,670 mi) north to south, but is only 350 km (217 mi) at its widest point east to west and is among the longest north-south countries in the world. The diverse climate of Chile ranges from the world's driest desert in the north - the Atacama Desert - through a Mediterranean climate in the centre, humid subtropical in Easter Island, to an oceanic climate, including alpine tundra and glaciers in the east and south. Chile within its borders hosts at least ten major climatic subtypes. The flora and fauna of Chile are characterised by a high degree of endemism, due to its particular geography. In continental Chile, the Atacama Desert in the north and the Andes mountains to the east are barriers that have led to the isolation of flora and fauna.

Are you considering a trip to Chile and looking for some inspiration. In this weeks blog we will offer some ideas that you can add to upcoming Chile adventures. Keep reading to learn more…

The Atacama Desert is one of the driest places in the world as well as the only true desert to receive less precipitation than the polar deserts. The Atacama Desert may be the oldest desert on earth and has experienced extreme hyperaridity for at least 3 million years, making it the oldest continuously arid region on earth. In a region about 100 km (60 mi) south of Antofagasta, which averages 3,000 m (10,000 ft) in elevation, the soil has been compared to that of Mars. Owing to its otherworldly appearance, the Atacama has been used as a location for filming Mars scenes, most notably in the television series Space Odyssey: Voyage to the Planets. Immerse yourself in the stunning world of Torres del Paine National Park. Located in the heart of it all is the world’s first dome hotel, EcoCamp Patagonia, which is modelled on the ancient shelters of the region’s ancient inhabitants. If you enjoy spending your days exploring then this fragile paradise with trekking, multi-sport adventures, and wildlife watching is a dream come true. 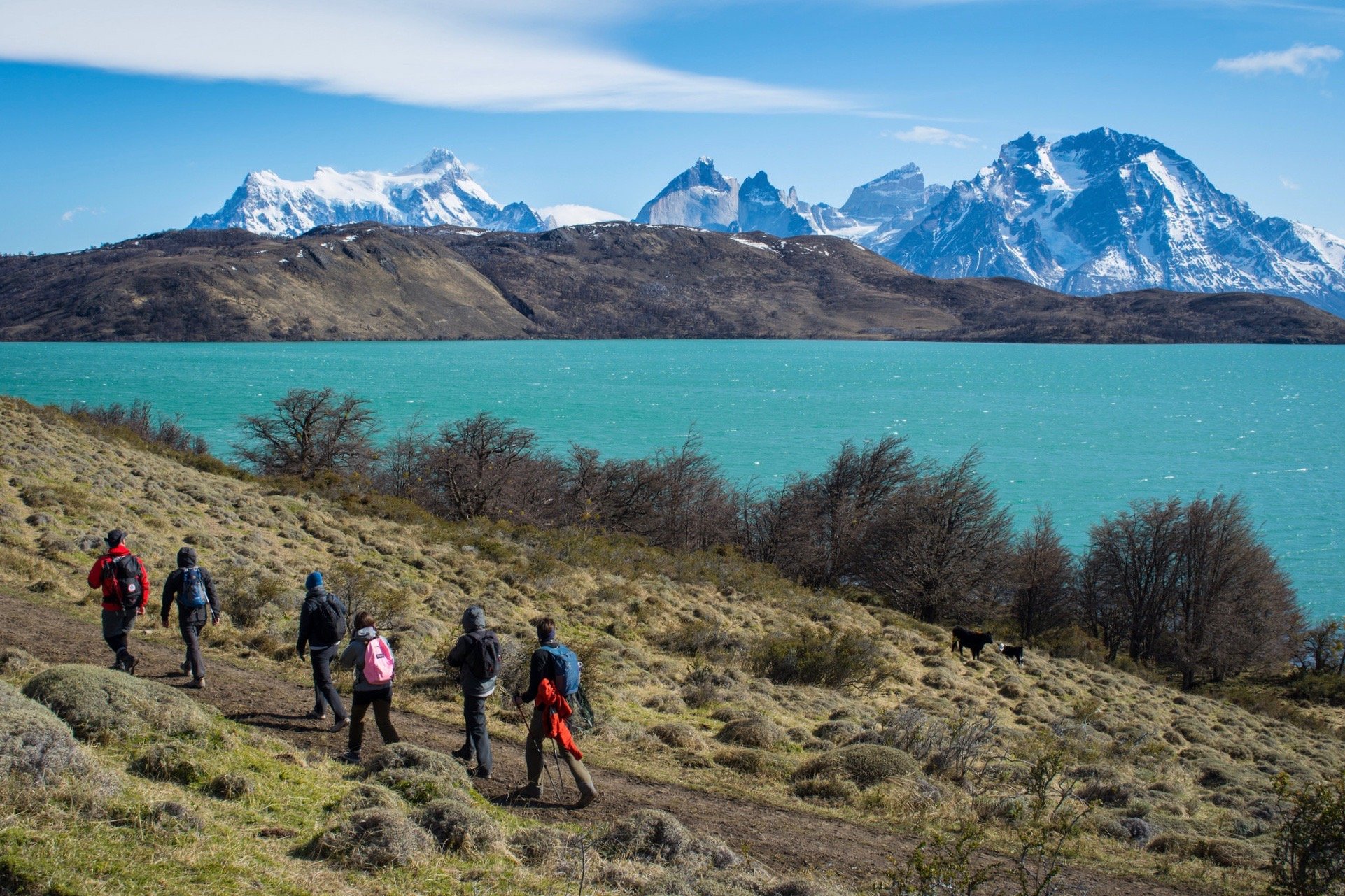 Eco Camp’s design was inspired by the traditional Kawesqar (the ancient inhabitants) hut resembling an igloo and a dome at the same time, designed to conserve natural energy and heat. Between the low-impact design of the domes, the use of composting toilets, micro hydro power, wind power, recycling, the minimisation of garbage and waste means there is no trace left in the park. Chilean wine has a long history for a New World wine region, as it was the 16th century when the Spanish conquistadors brought Vitis vinifera vines with them as they colonised the region. Vina Santa Carolina is one of Chile’s oldest wineries. Established in 1875 by Luis Pereira, Vina Santa Carolina is a renowned producer and one of Chile’s most prestigious traditional wineries. 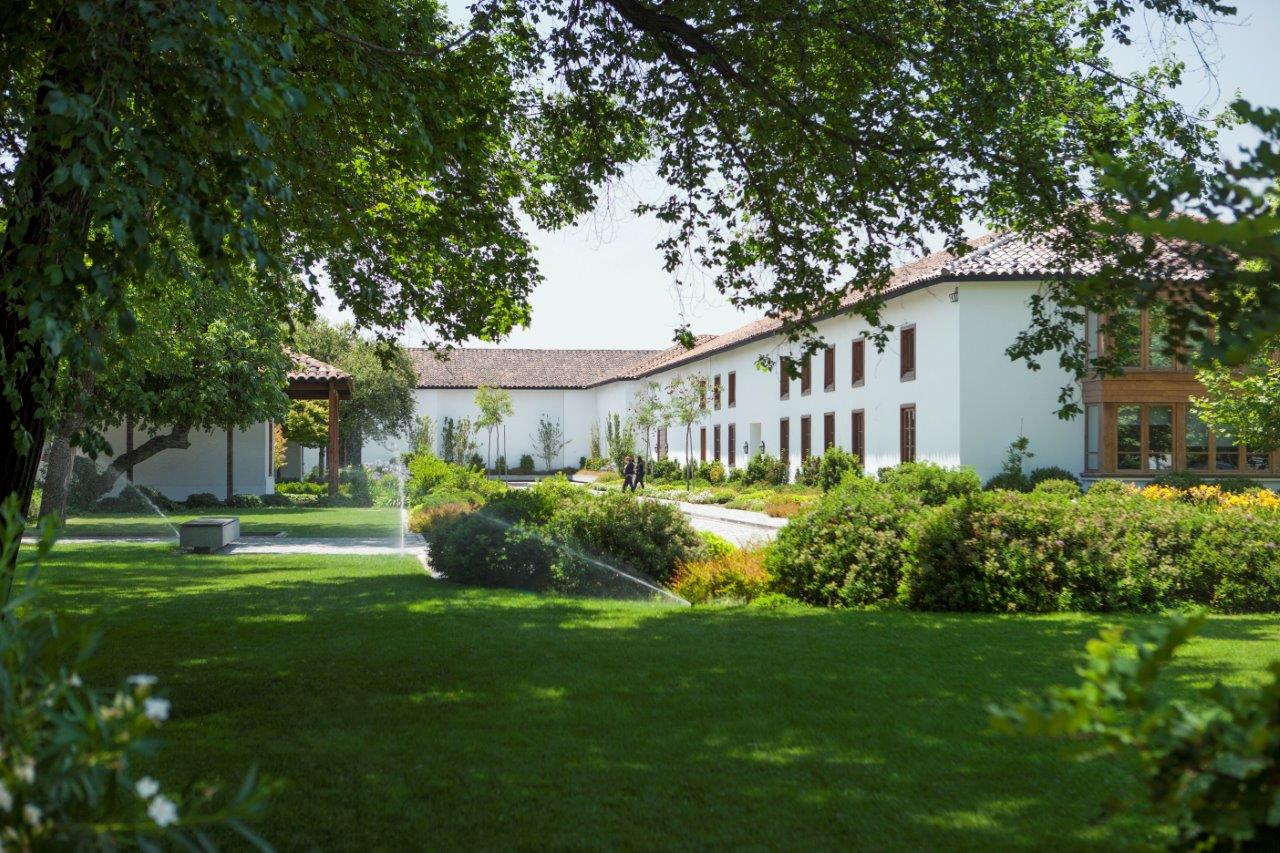 Located just outside the Santiago CBD is this oasis of tranquillity and history. Surrounded by gardens, water features and original buildings but the one thing you won’t see is the grape vine fields as the vineyards are not located onsite any longer. Why not take part in an engaging guided tour which will include the parklands, colonial manor house, old winery, and the large cellar built using the method of mixing limestone and eggshell together, a technique popular in the late 1800s. Take the perfect road trip to the end of the world. The Carretera Austral is the name given to Chile's Route 7. The highway runs south for about 1,240 kilometres from Puerto Montt to Villa O'Higgins, passing through rural Patagonia. Carretera Austral provides road access to Chile's Aysén Region and southern parts of Los Lagos Region and is a one of a kind scenic route in the world. Glacial waterfalls, tropical plants, dolphins, marble caves: Patagonia’s remote Carretera Austral is an explorer’s paradise. Make time to stop in Puyuhuapi, a small fishing village tucked in a fjord alongside dense forests, misty mountains, and thermal springs. If you are looking to get off the grid then stay awhile at Puyuhuapi Lodge and Spa. Discover the rain forest, hike the Queulat National Park, sail between islands and fjords of Patagonia.

Looking for a bucket list adventure to Chile? If you would like to make this experience yours then contact us today, our Tours By Design team are ready to create your bespoke journey. Check out our small group tour to The Atacama Desert here.